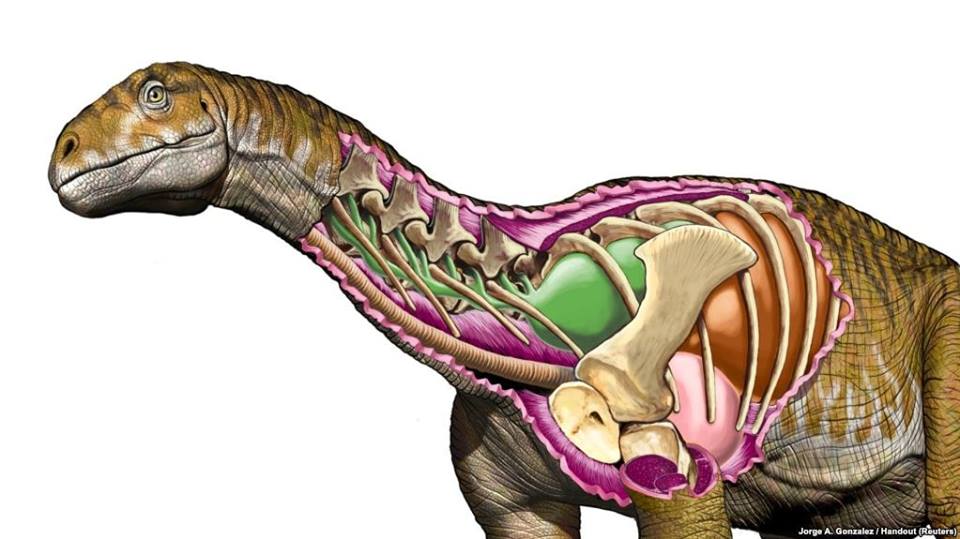 The new species is called Ingentia Prima and is believed to have appeared 30 million years earlier than the first giant dinosaurs, which are known as sauropods and encompasses herbivore species such as the brachiosaurus.

The new dinosaur is believed to have been 10 metres long, over four metres tall and weighed around 10 tonnes, the same as two or three elephants. The species also presents two interesting characteristics that may have favoured gigantism. One of these is its respiratory system which is similar to that of modern birds, and the second is a specific type of bone growth which has never been seen before.

Doctor Ignacio Cerda at the Universidad Nacional de Rio Negro and CONICET analysed the bones of this species and discovered that they hide a secret behind the manner in which the species grew.

“In the same way that you see in a tree, where you can recognise seasons of growth linked to climatic or environmental factors, in the bone cuttings carried out in Ingentia Prima we discovered a cyclic, seasonal growth,” he said, quoted in the UNSJ online magazine. “The interesting thing is that the type of tissue deposited on the bones during these periods of growth is different to that of other sauropods that we know of up till now.”

Cyclical growth was common in the growth of primitive sauropods in the Triassic period (between 251 and 199 million years ago), but no dinosaur of this type ever exceeded two or three tonnes. Cerda and his team estimated that the Ingentia Prima was not yet fully-grown, and so could have grown even further.

“We’re talking about a real giant,” Alpadetti explained. “Especially because at that moment in evolution the majority of the animals that coexisted didn’t surpass two metres high and the largest reached three tonnes, at the most.”

This discovery also indicates that the first ‘gigantic’ dinosaurs roamed the earth around 30 million years earlier than previously estimated.

This is not the first time that the paleontology department of the UNSJ has made worldwide news. In the 90s they discovered the oldest dinosaur known to humankind in the Ischigualasto park in northwest Argentina.

The full study on the new findings was published in English in the Nature Journal.