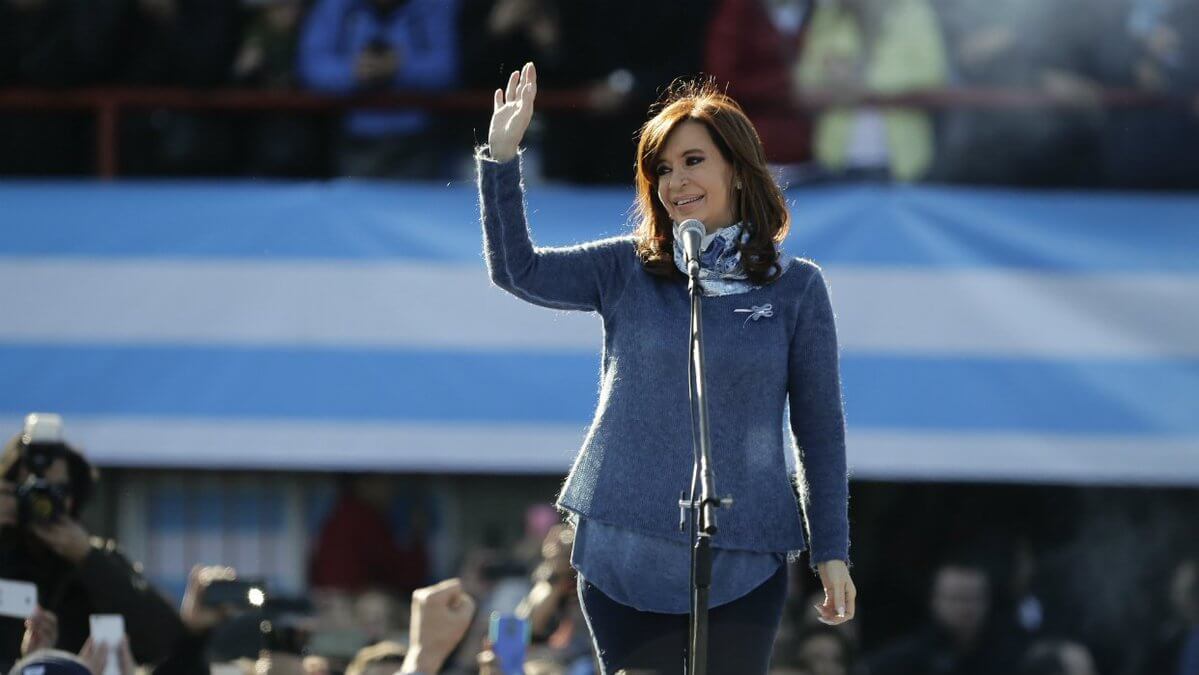 Cristina Kirchner attended her much-anticipated meeting with judge Claudio Bonadio this morning in relation to her involvement in the recent notebook corruption scandal, although she refused to to answer any questions and instead handed over a written statement.

In this statement she asked for the two men heading the case, Federal Prosecutor Carlos Stornelli and Judge Claudio Bonadio to be removed from the case for a lack of impartiality. She also accused President Mauricio Macri of persecuting her from the moment of his inauguration, as she has had six separate accusations made against her, five of them being issued by Judge Bonadio.

Kirchner gave her Twitter followers a blow-by-blow account of the morning, posting 11 tweets in the space of an hour. She accused Bonadio of blaming her without good cause.

“This is how a new judicial category is inaugurated which surpasses the partial judge, or “not judge” coined by Baigun; this is about the enemy judge, the principal actor of #Lawfare.”

“Today Bonadio has again called me in for investigation accusing me of being the leader of a new illicit organisation. This time with the principal construction businesses. I’m on my fourth criminal organization. And yes, I am always the leader.”

She then went on to affirm that she herself had been attempting to start an investigation into the public contract work that was carried out during the time of the notebook scandal.

“In all instances, my request was denied in court. Bills introduced in Congress looking to make that happen were not addressed due to a rejection by pro-government political forces.”

In her last tweets, she turns on Macri and implies that he may not be as squeaky clean as he is making himself out to be.

“Mauricio Macri, son of Franco, first cousin of Angelo Calcaterra, right-hand-man of Nicholas ‘Nicky’ Caputo, they’re all partners among themselves and with other energy and public contract businesses…”

According to La Nacion, in her meeting today Kirchner asked Bonadio for Macri and Judicial government operator Daniel Angelici to be investigated as well.

Clarin reported that Kirchner arrived at court this morning around 9.35 and left almost two hours later at 11.15, accompanied by her lawyer Carlos Beraldi. She made no comment to the press.

This investigation against Kirchner is a result of the ‘Notebooks of Corruption’ case which has taken the country by storm. Notebooks written by driver Oscar Centeno were discovered that detailed the movement of around US$200 million in cash between Kirchner officials and public contracting companies between 2003 and 2015. This implicates both Kirchner and her late husband Néstor.

Many have noted that this scandal, which was originally released last week, has been a welcome media storm for Macri, who had previously been under constant criticism for his management of the economy. The unpopular IMF loan, the drastic rise in utilities and other government cuts have been left by the wayside as this scandal dominates headlines.

This is not a situation Kirchner is happy with, and yesterday posted a tweet reminding Argentines not to forget the difficult situation the country is in.

“Let’s put all our effort and energy in accompanying and helping those who are having an extremely, extremely bad time, in this real economic and social catastrophe that is Mauricio Macri’s government.”