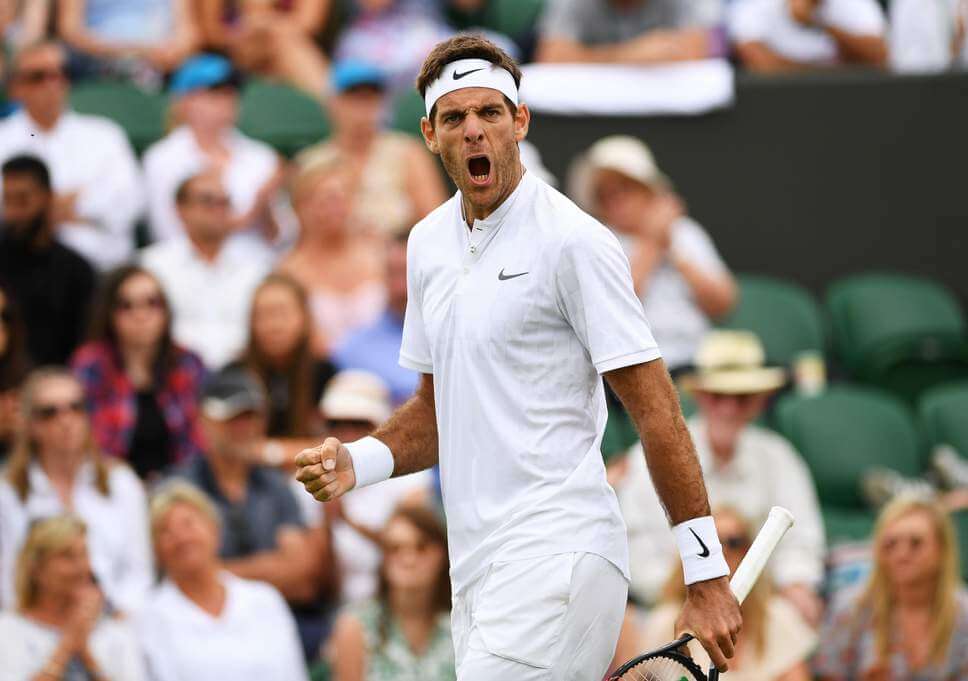 Juan Martín Del Potro and Gilles Simon took to the court again this morning to finish off the tense match they started yesterday July 9.

The gruelling four-hour game started with both players fighting for first place. Delpo took the first set but not before it went to a 7-1 tiebreak. The second set saw both players equally matched, with Simon breaking early on but Del Potro breaking straight back. The twelfth game of the set went to deuce eight times, and the tiebreaker for the set was a close 7-5 that the Argentine won as a result of an unforced error by Simon.

Del Potro was looking to wrap up the match in three sets but Simon wasn’t having any of it, leading 4-1 in the third set with a break in the third game. The Argentine fought back to 5-5 but in the end Simon took the set 7-5 before play was halted due to poor light.

This morning the match was fraught with tension when Simon broke early in the fourth set to which Del Potro responded with another break. The most nail-biting moment was when Delpo was up 5-4 and managed to fail four separate match points, inciting Wimbledon-esque muted gasps from the audience. The set went to the third tiebreak of the match, which Del Potro took 7-5.

The 29-year-old will go forward to meet his nemesis Rafael Nadal in the quarter finals, though the memory of Nadal’s 3-set win against him at Roland Garros is still fresh in his mind. To get his place in the quarter finals, Nadal beat Jiří Veselý, the Czech player who ousted Diego Shwartzman early on in the competition.

Today July 10 is the women’s quarter finals, where Serena Williams is hoping for her eighth win at Wimbledon.