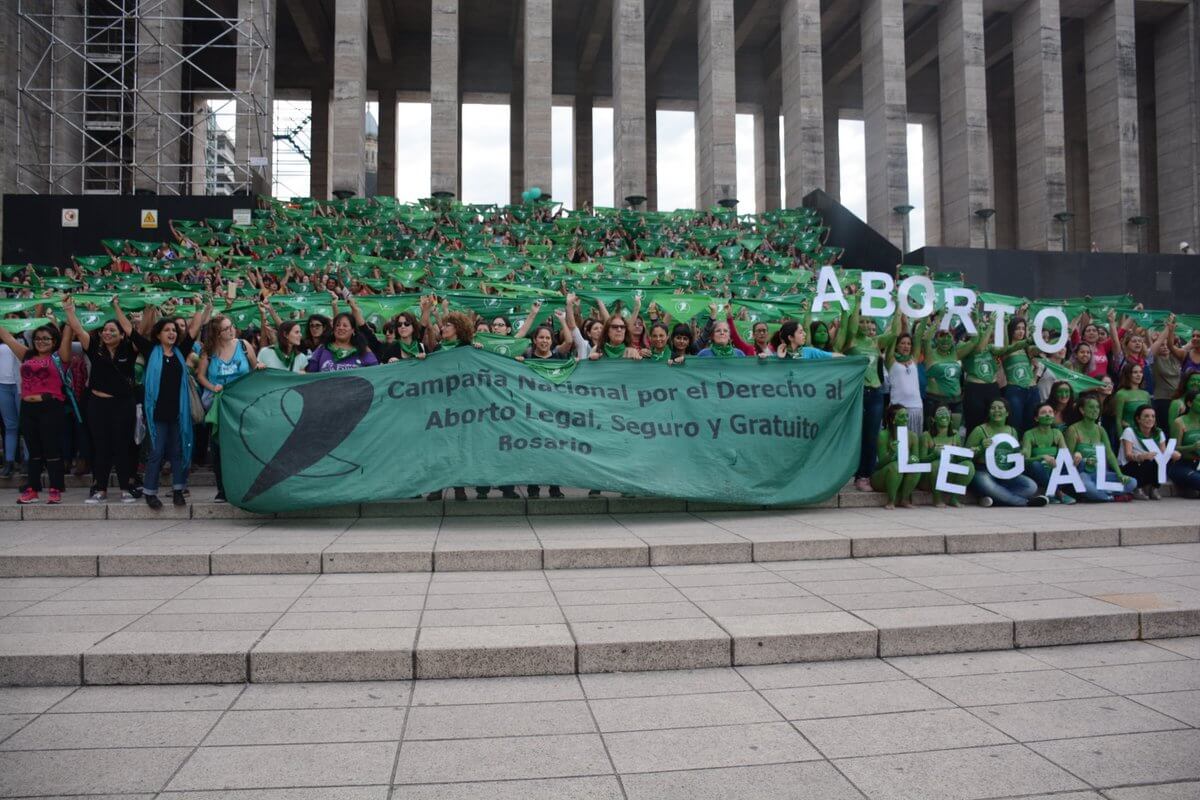 Tuesday May 28. saw tens of thousands of women take to the streets to celebrate the Day of Action for Women’s Health in various cities across the capital.

The Day for Action has taken place on the same date every year since 1987, when the International Network of Women for Sexual and Reproductive Rights initiated it to reduce the worrying level of maternal mortality.

Spanish language magazine La Primera Piedra described the Network of Women as putting emphasis on giving women the necessary care that they require during pregnancy, birth and postpartum. They also believe in voluntary maternity and in the political decision to have freedom over your body, which included the demands for free, safe and legal abortion for all.

They also quoted Argentina’s Ministry of Health which stated that between 1983 and 2016, 3,040 women died from complications due to abortions, which represents 30% of the pregnant women in that period.

On Tuesday, the current debates on legalising abortion were a huge impetus for the crowd, who, according to Sputnik, gathered in Córdoba, Rosario, Mendoza and Buenos Aires to show their support for freedom of choice. The crowd wore their famous green handkerchiefs to show their support for the government’s initiative to legalise abortion up to 14 weeks into gestation, with the slogan ‘Legal abortion is life’.

This is the last week of the two-month-long debates on the legalisation of abortion, were around 500 speakers presented their opinions both for and against the proposal to a plenary session of parliament members. The debate will then be taken to congress for the seventh time, where it will be debated and voted upon on June 13.

Lucila de Ponti, one of the youngest members of parliament and a self declared “militant feminist,” spoke to Argentinian news magazine Pagina 12 explaining the importance of these debates.

“As a result of this debate, which was so public and where so many arguments were expressed, in some way the taboo around abortion was broken,” she told Pagina 12. “[The taboo] which before, seemed as if it couldn’t be argued about and generated irreconcilable positions.”

She told Pagina 12 that she was positive about the result of the congress vote, and Sputnik affirmed that the congressmen who are for the legalisation are growing, with at least 70 in favour, and a growing number in the Senate.

However, president Mauricio Macri is standing firm to his pro-life stance, and it’s possible that the Catholic church has a stronger hold on society that previously considered.