“Rafa is Rafa, you know.” Del Potro slides out of Wimbledon after an epic battle with Nadal. 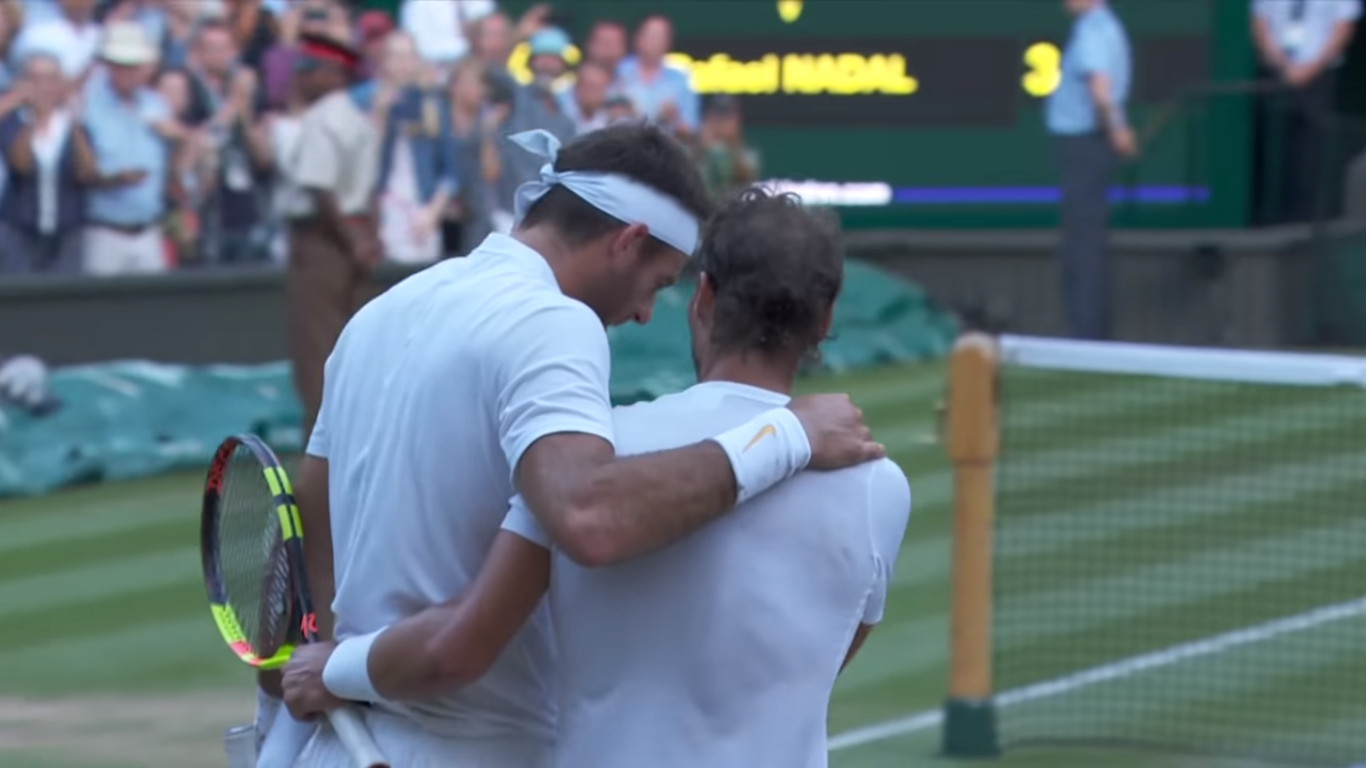 Argentine tennis star Juan Martín Del Potro left Wimbledon yesterday, but not after giving one of the best performances of his career.

Wednesday June 11 saw the two players’ sixth encounter at a Grand Slam competition, of which Nadal has now won five. However, in their previous match at Roland Garros Nadal won in straight sets, and it was clear yesterday that Del Potro was not going to go down without a fight.

Delpo just let the first set slip out of his fingers but managed to take the second in a hotly contested tie break. The third set started promisingly for the Argentine who broke early on and he kept up the pressure on Nadal, winning the set at 6-4.

However, Nadal is a player with both patience, grit and physicality and he broke back in the fourth set, forcing the match to a full-length five-set thriller.

The final set, although starting with the typical love-hold in the first two games, was rife with nail-biting moments that saw Nadal chase a ball right into the crowd and Del Potro produce some glorious diving volleys. Del Potro was digging deep, but Nadal’s serve became impenetrable and the Spaniard managed to save five break points in a game that lasted 12 minutes.

Despite Del Potro’s valiant effort, great service and the astounding rallies the two players managed to blast out, Nadal managed to eke out a more varied game, spending more time than the Argentine up at the net and breaking Del Potro’s rhythm.

As Nadal took the match with a forehand winner, Del Potro sank to the ground in exhaustion as the 32-year-old Spaniard shouted in delight. However, tennis is renowned for its sportsmanship and mutual respect between players, and Nadal traversed the net to give the 6’6’’ Argentina a well-deserved embrace.

“I think it was great quality tennis,” said Nadal, reported the BBC. “[In] the final set there were some amazing points…It had a little of everything, great points, great rallies, he was hitting crazy with his forehands. I tried to resist, maintaining focus. Sorry to Juan Martin, an amazing opponent and player. In some ways he deserves to go through too.”

This is Del Potro’s second quarter final at Wimbledon, with the last one taking place in 2012 when he faced Djokovic in another five-set fight to the death. Despite suffering various injuries in the past few years that have impeded his training, Delpo told ATP that despite the loss, he feels good.

“I think I played really good tennis today, but Rafa is Rafa, you know,” he said. “Sometimes you play your best tennis and it’s not enough to beat him. But I’m glad with my tournament. Physically I’m okay. That gives me confidence to keep going in the future.”

Nadal will go on to play Djokovic in the semi finals of the competition. Federer unexpectedly left Wimbledon yesterday after a gruelling match with South African Kevin Anderson, who will play John Isner in the other semi final match.