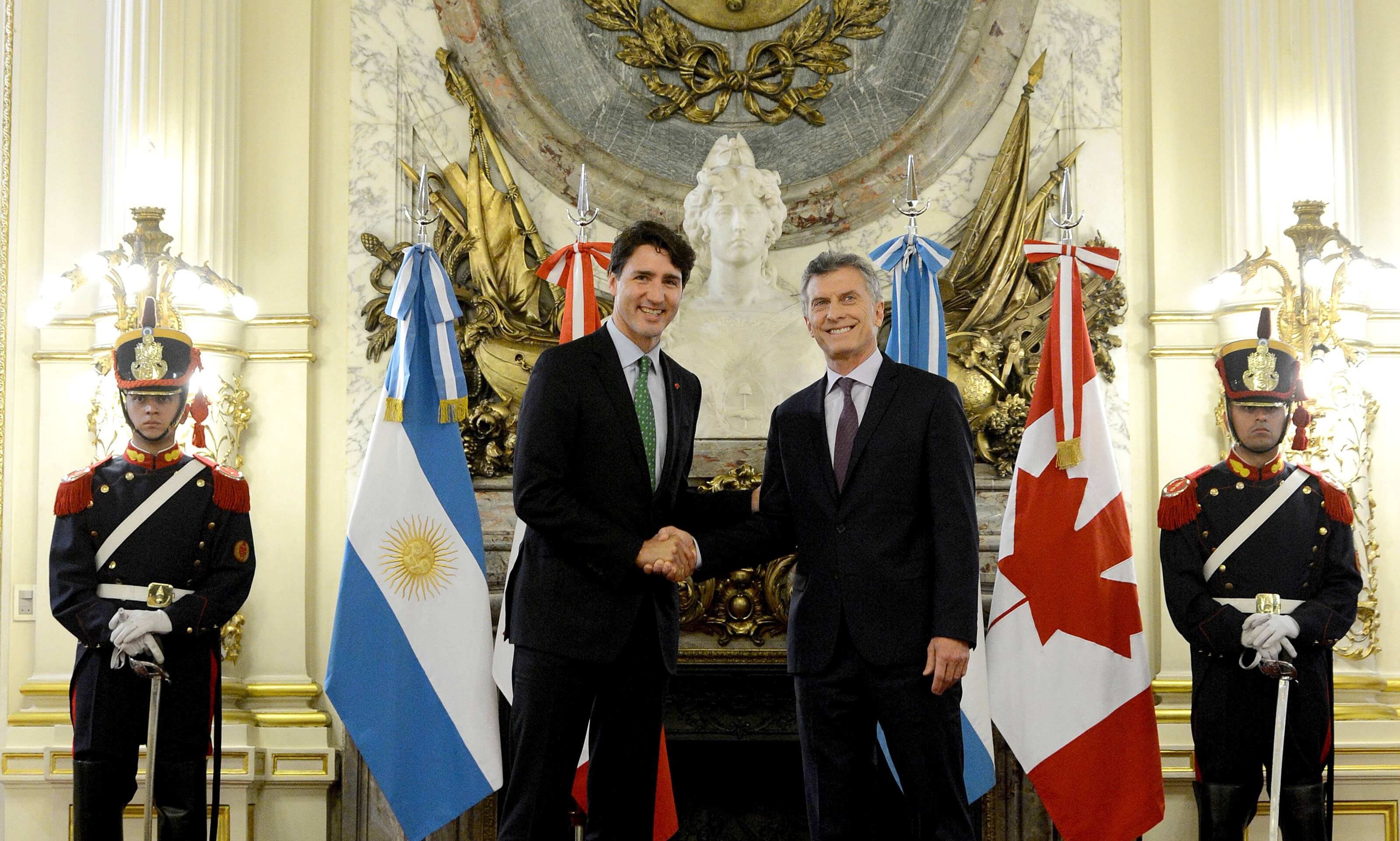 Argentinian President Mauricio Macri will travel to Quebec this evening for the two-day G7 summit that will reunite seven global leaders from around the world. Although Argentina is not a named G7 leader, Macri was invited by Justin Trudeau, president of hosting country Canada.

The summit will take place in the small town of La Malbaie in the Charlevoix region, which is situated around 100km from the centre of Quebec, yet despite the rural setting, there have been a number of protests this week in opposition of the summit.

CBC News reported that one of the groups against the G7 summit, Réseau de Résistance Anti-G7 (Anti-G7 Resistance Network) promised another “day of disruption” on Friday. Protests have involved burning sofas in an attempt to block the road to La Malbaie and tense stand-offs with riot police.

The group affirmed that they were protesting against racism, colonialism and capitalism, and said that there would be other “surprises” throughout the day.

To add to the controversy of the day, American president Donald Trump arrived in Canada on Friday for his first official visit to the country during his presidency. CTV News affirmed that his attendance was undecided due to his antagonistic comments about recent trade actions against other G7 countries.

Trump also declared publicly that he wanted Russia to be in attendance at the summit, despite the fact that the country was thrown out four years ago after they invaded Ukraine. He is not expected to stay the full two days as he is to travel to Singapore for the first ever America-North Korea summit on June 12.

The countries in attendance are France, Italy, Germany, Canada, the US, the UK and Japan, as well as the presidents of the EU commission and EU council respectively. The heads of state will discuss economic growth, gender equality, climate change, and how to achieve a more peaceful and secure world.

Telam reported that Macri has bilateral meetings with both Trudeau and Angela Merkel as well as a possible meeting with IMF director Christine Lagarde after a controversial $50 billion loan was agreed yesterday.