OPINION: Argentina’s 6-1 drubbing at the hands of Spain shows Sampaoli is in over his head 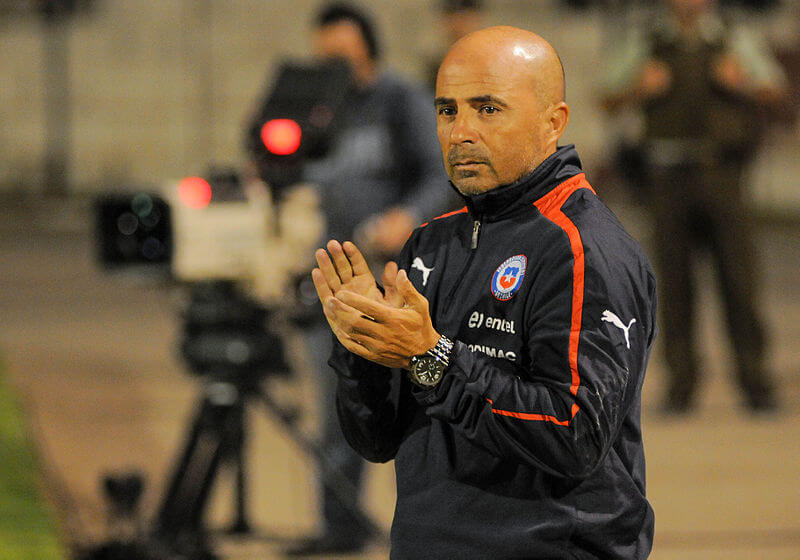 What started with a bang ended with a whimper as Argentina’s much-anticipated friendly against Spain Tuesday better resembled the inside of a Buenos Aires butchery than a football game.

WIthout superstar Lionel Messi, Argentina was stripped bare before the eyes of the world in a result that shows the national team could easily be exposed again once the World Cup starts in June. The eventual addition of Messi, who walked out of the friendly in Madrid in disgust, will surely mask some of the ugliness that Argentina showed in the 6-1 massacre.

The problem for La Albiceleste, however, is a drubbing of that caliber isn’t just a freak coincidence. It’s a sure sign of systemic failures covering the core of the Argentina Football Federation like black mold.

Refusing to call up Juventus stud Paolo Dybala, who is probably Argentina’s second best player, was obviously a stubborn mistake on Sampaoli’s part.

“I take the blame for the goals, don’t point to the players,” he said. “The difference [between the sides] in the game wasn’t as large as the result.”

"I'm supposed to win the World Cup with this team…"

Though the modesty is appreciated, the blame deservedly falls on the 58-year-old manager who has failed to establish an identity in a generation that contains possibly the greatest player of all time. And really, Messi is the only identity that Argentina can cling to at this point. If it wasn’t clear after Messi’s hat-trick against Ecuador in the final World Cup Qualifying game that Argentina had to win to even get into football’s biggest tournament, it’s plainly obvious now that Sampaoli’s selection clings to its greatest star like a remora hanging on to a great white.

Lacking a defense that can stop a worthy attack, and finds itself especially weak in the middle, Argentina forces itself to constantly retain possession. That’s easier to do with Messi, of course, but the midfield surrounding him has yet to consistently play up to its talent.

With international stars like Sergio Aguero, Gonzalo Higuaín, Ángel Di María, and the aforementioned Dybala in the attack, there’s no reason La Albiceleste should be so erratic and lack any cohesion.

If Spain is raising the World Cup trophy come July, few will be surprised. There’s no shame in losing to Spain in its capital, but any proud selection should be hiding its head after getting thrashed by five goals.

Argentina needs to do some serious self-reflection in the two and a half months it has before the games kick off in Russia. The horror, though, is that it may be too late for Sampaoli to tinker with his system or to even get the players on the same page at all.