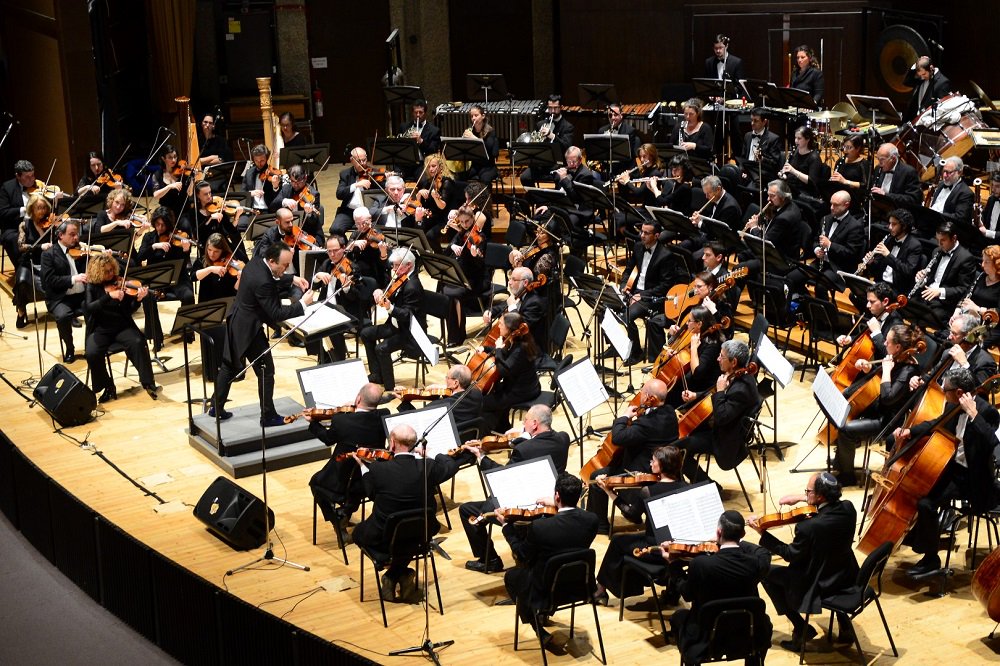 Palestine activists and the Boycott Divestments and Sanctions Movementn (BDS) have been protesting against the Jerusalem Symphony Orchestra, which is currently on tour in South America.

Protests have been seen in Argentina, Peru and Brazil, reported Haaretz, and the largest was in Santiago, Chile, where protestors demonstrated outside the concert hall holding up images of the conductor, Yeruham Scharovsky, with his hands and chest spattered in blood.

BDS movement uses bloody poster to protest Israeli orchestra in Chile: Calls for a boycott and demonstrations even as Jerusalem Symphony plays to packed houses in tour of South America https://t.co/5VMuiT1hF0 TimesofIsrael pic.twitter.com/v2sdAJJSga

The macabre image was seen as a call to murder the conductor, who was put under personal security to ensure his safety in the city.

In Tucumán, Argentina, dozens of people carried out a noisy protest before the concert under the slogan: “The creation of the Jerusalem Orchestra is as stained with blood as its history.”

Scharovksy was born in Buenos Aires, Argentina, but emigrated to Israel in the 70s. Argentina’s capital city was also host to demonstrations against the concerts, but they are having no effect on the concert-goers, who are still filling up venues.

Yari Stern, the general director of the orchestra, had called for security forces and police to attend the concert in Chile in order to guarantee the safety of members of the orchestra and the audience, but he told the Times of Israel that the demonstrations would not stop the concerts.

“Incidents of this type are unpleasant, but they will not overshadow the concert,” he said. “The police keep order and allow the concerts to take place normally. The halls have been full, and the audiences who ignored the noise of BDS came to see and hear a Jerusalem of music and culture.”

The BDS and Palestine activists are a group that seek to boycott Israel in order to end international support for Israel’s oppression of Palestine until the country complies with international law. Israel

Just a few months ago, the Israeli-Palestine conflict also affected Argentina’s football team, which cancelled a friendly game against Israel days before the start of the 2018 World Cup in Russia. Controversially, two weeks ago the Argentine foreign ministry released a statement that seemingly blamed Palestine for the deadly violence occurring on the Gaza strip.