Schoolteacher kidnapped and tortured in Moreno after school strikes 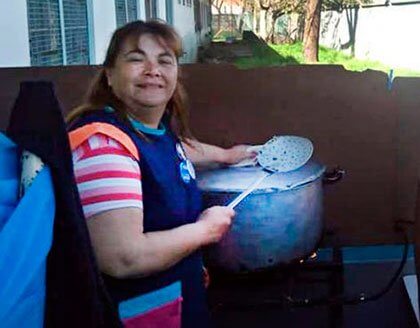 The schools of Moreno, a city in Buenos Aires province, are no stranger to tragedy after a gas explosion at the beginning of August left two people dead. In another blow for the city, on Wednesday Sept. 12 a teacher was kidnapped whilst walking home before being beaten and tortured by three unknown men.

The incident, carried out by an unknown party, served to express a demand for the teachers to resume classes and to stop handing out free meals to children. Earlier in August, Teachers across the region refused to allow children into the schools before checks were carried out to verify the constructions’ safety after the two deaths at the primary school on Aug. 2. As a result the teachers began to give free meals to children who otherwise might not have been able to eat. The actions of the teachers are referred to as Ollas Populares.

El Destape reported that Roberto Baradel, the head of teacher’s union Suteba, affirmed yesterday that the teachers in the city were no strangers to threats in dialogue with television channel C5N.

“We are worried,” he said. “The teachers have been receiving threats since last week; “enough politics,” “No to the protests,” “give classes for once.” And today they told us that [a teacher] was kidnapped, a bag was put on her head, they forced her into a car and tortured her.”

Pagina 12 explained that the teacher, named Corina de Bonis, was walking home soon after 5 p.m. having attended a protest at the school when she was kidnapped by three unknown men. They beat her repeatedly and scratched “Ollas No” onto her stomach with a pointed object, and told her “You have been warned.”

At an emergency meeting last night, the head of Suteba in Moreno, Mariana Cataño, made a call to protect the teachers in the area, as “they are being followed.” The criminals knew which route de Bonis would take to get home from school, and other teachers in the region, including the headteacher of de Bonis’ school, have received threats in their homes and even calls to their landline numbers.

“We are expecting maximum repudiation from provincial and national authorities and we make them responsible for what happens to a teacher, janitor, student or parent from the educative community for protesting,” Baradel stated.

Perfil reported that Union Secretary of Suteba María Laura Torres explained at the emergency meeting that de Bonis was still recovering from the incident.

“The teacher is extremely disturbed,” she said. “They abandoned her a while later and she has been admitted into Moreno Hospital, she’s in a very bad way. The worst is that all of what the teachers are going through in Morena was reported two weeks ago to the province authorities and the Moreno UFI, and this is why we are so hurt and kicking up such a fuss. We demand that the Province of Buenos Aires looks after its teachers, we cannot carry on with the situation we’re experiencing in Moreno, it’s really serious. It’s when people see that we’re not being looked after that they pounce and things like this happen.”

Baradel was reported in Perfil as calling upon María Eugenia Vidal, the governor of the Buenos Aires Province, to “listen to the teachers, because they are not your enemies.” She tweeted her support for Corina de Bonis on Wednesday evening.

I profoundly denounce the violent aggression suffered by Corina De Bonis in Moreno. My solidarity is with her, and we are accompanying her with the Management of Social Psychology, and together with the Ministries of Security and Justice we are working to find those responsible.

On top of this week’s attack, Argentina’s education system has seen a number of closures in recent months in a bid to improve school upkeep. It stems from the death of Sandra Calamano and Rubén Rodríguez in August’s gas explosion. All schools in Moreno have been closed for a month.

Baradel explained that in these schools the teachers, as well as the communities, are trying to resolve the issue by giving lessons in squares and in different places, as well as giving them food to eat.

This comes during the widespread school and university strikes that have been taking place across the country in the past couple of months to demand higher wages.