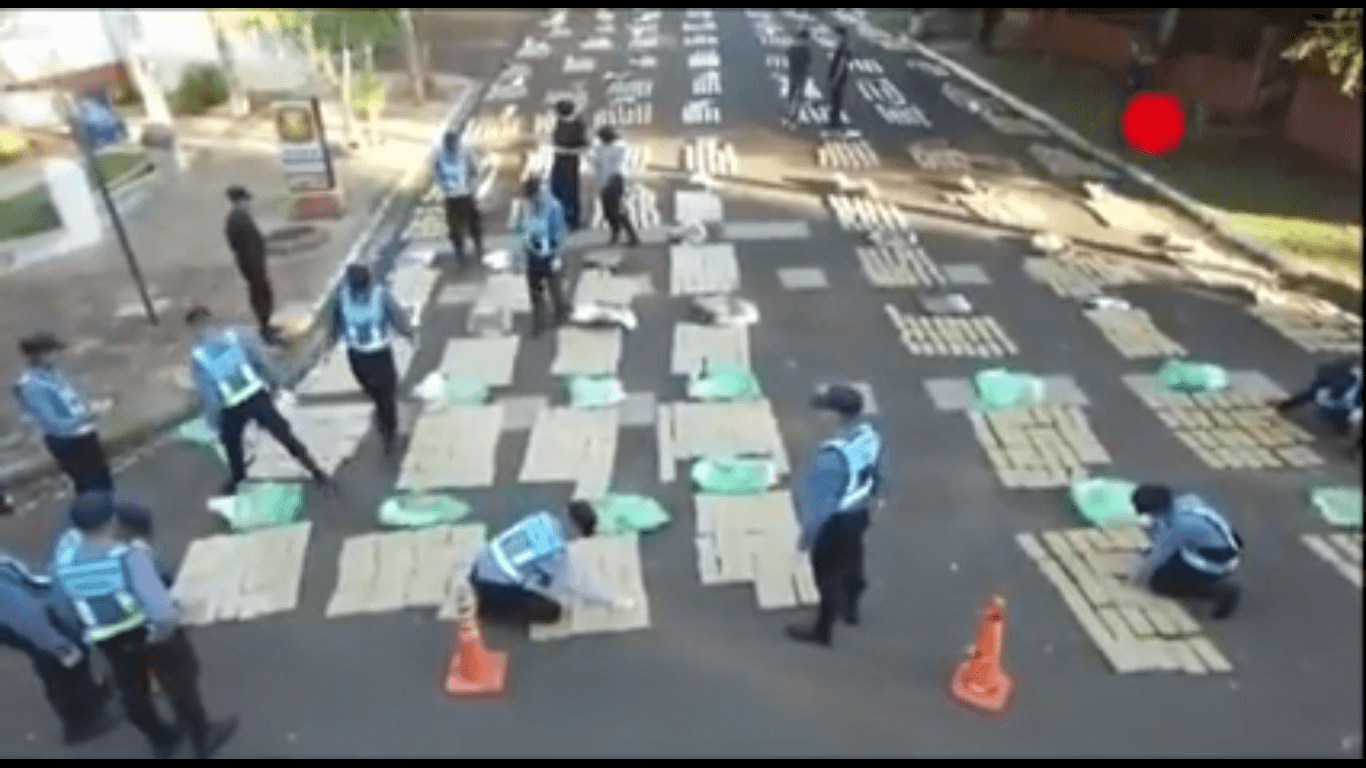 Clarin reported that Garuhapé police officers were patrolling the area of Colonia Luján when they noticed a Mercedes Benz making strange maneuvers. When the officers attempted to hijack the van, the drivers turned violent and exchanged shots with the police before escaping.

The van held 305 bags of maximum quality marijuana, which Misiones Police reported weighing in at 6,394 kg.

In order to lay out the marijuana to record it, a special police presence was called to patrol the area and supervise the protection and movement of the packages to be able to count and weigh it accurately. Head of Police Manuel Cépedes oversaw this process, and the drugs and the van are now in the hands of Oberá Federal Tribunal.

The men who were driving the van are still missing and authorities are carrying out an intense search to locate them.

This is the second largest drugs bust in Misiones to date, with the largest being in Montecarlo where the police seized over 8 tonnes of narcotics.