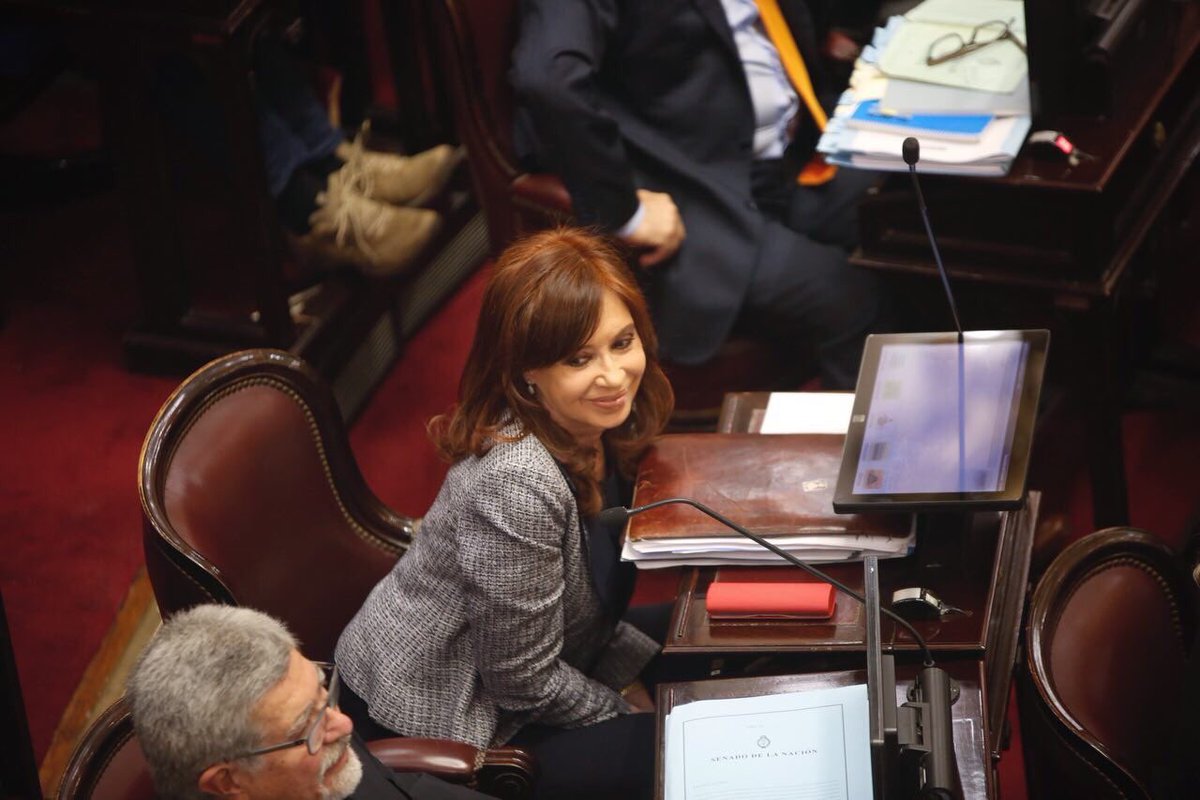 Judge Claudio Bonadio has received the news that the Senate approved the search of Cristina Kirchner’s residences. On the morning of Thursday Aug. 23, he instigated a simultaneous operation in her three houses to look for evidence related to the notebook corruption case.

Todo Noticias reported that the objective of the search is not to find money in the properties, but to verify if the physical spaces of the buildings coincide with descriptions given by accused individuals who negotiated plea bargains.

This is a result of the Senate’s unanimous decision on Wednesday to authorise Bonadio’s request to search her homes, which has been pending since December and was finally achieved after two failed meetings.

According to El Pais, there were 66 votes in favour, none against and six absences. Kirchner herself voted for the measure and encouraged others to do so, in order to end the “show” that the justice system had created. However, the Senators did not agree to the conditions she tried to impose.

The ex-president wanted a guarantee that her lawyers would be present at all times, and she wanted to ensure that no pictures were taken of the inside of her houses, claiming that “the diffusion of pictures in official programmes [would be] with the clear intention of humiliation and harassment.”

Kirchner claims that she is innocent and has nothing to hide, blaming Macri for politically persecuting her in order to tarnish her reputation ahead of the 2019 elections.

“Do you know who could win the Brazil elections in the first and second round?” she said, reported by La Vanguardia. “Lula da Silva. But he can’t be president because they put him in prison. Does that sound familiar to you? It does to me, very familiar.”

Lula da Silva is Brazil’s ex-president and is the most popular candidate for the presidential elections in October. Despite being formally registered as a candidate, he is currently serving a 12-year prison sentence for corruption, which legally makes him ineligible.

Kirchner still hasn’t announced whether she will run for president in 2019.

This announcement also follows a protest that took place on Tuesday evening where thousands of people -many over 40- arrived in front of the national congress clamouring for Kirchner to lose her Senator immunity.

“To prison with the Mafia Queen,” “We want her prisoner,” “Don’t come back,” “Argentina without Cristina,” read some of the placards held up by the protestors. They were also campaigning to approve the ‘Extincion de Dominio’ law, which would allow authorities to recover goods acquired through corruption.

However, despite the Senators’ approval, they only allowed Judge Bonadio to search her residences and she has not lost her immunity completely. This means that, regardless of what they find in her home, she cannot be imprisoned.

Senator Ernesto Martínez Carignano stated that this situation was not ideal and La Vanguardia reported that he was in favour of Senators losing their immunity completely.

“As Senators, we have to be closer to the real world,” he said. “When we are dealing with the law, there aren’t excuses for anyone. Society is demanding equality.”

However, despite the accusations against Kirchner, no evidence has yet been found. Senator Pino Solares, traditionally against Kirchnerism, highlighted the fact that the ex-president should be treated with fairness and respect.

“Here the objective is to humiliate and politically kill the adversary, and we are against that,” he said. He asked that the search be carried out in a responsible way, and for there to “not be a media circus, in this we have to agree that we are defending a democratic life, we are not turning justice into revenge.”