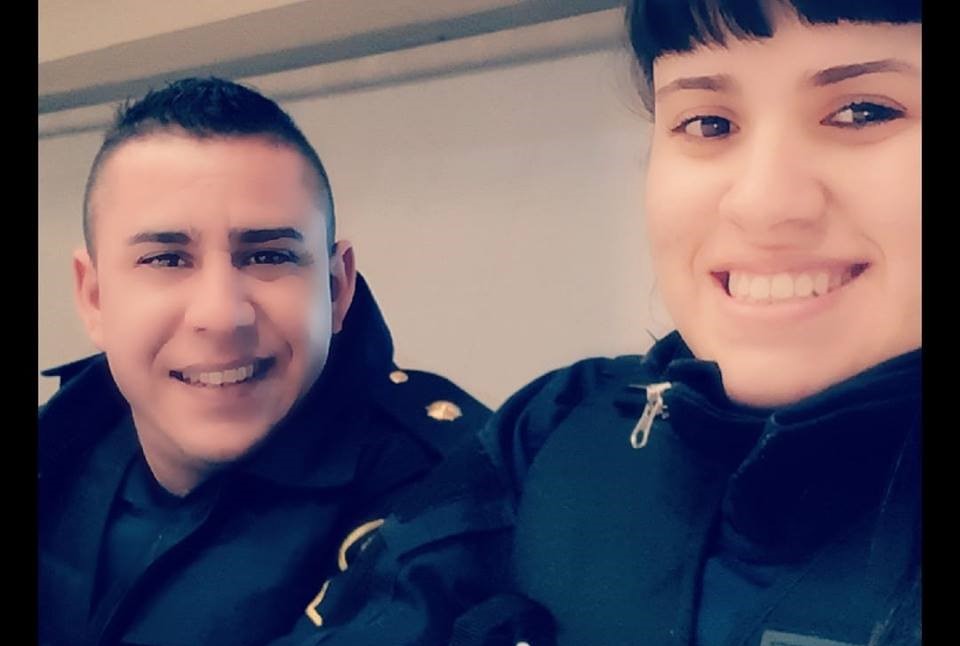 Lourdes Espíndola, the 25-year-old police officer who was shot by robbers in Buenos Aires on Saturday July 28 was declared brain-dead by doctors on Sunday evening.

Espíndola had been waiting for a bus after finishing her shift at 6.30 pm in the Ituzaingo disctirct when the attack happened. According to Clarin, a car neared the police officer before two men emerged and attempted to steal her regulation firearm.

The police officer was wearing a bulletproof jacket but when the thieves shot her with her own gun, the bullet went above the safety garment, through the sternum and damaged a lung, her trachea and her carotid artery.

Despite losing a lot of blood, she managed to send a WhatsApp voice message to her partner, Fernando Altamarino, which allowed him to send help for her almost immediately.

“They shot me, they shot me,” the heartbreaking message said. “I’m dying, I’m dying.”

This Sunday July 29, the Argentine Ministry of Health released a communique confirming the tragic news that Espíndola had been diagnosed brain-dead, which is irreversible.

“We also communicate that, in line with the family’s wishes, the process of organ donation has begun through INCUCAI and CUCAIBA, making it possible for others who are waiting for a transplant to carry on their lives.”

Espíndola’s partner Altamarino, who is also a police officer, was reported by La Nacion as saying that both him and Espíndola had discussed leaving the police force as they were worried about the danger of getting shot.

“We had dreams of getting our own duplex, because we didn’t want to wait until someone shot us,” Altamarino told press outside the hospital where Espíndola was being treated. “It’s impossible to live in this country anymore. I don’t want to be a police officer anymore. I have two children who are the loves of my life and I’m not going to allow them to be left without a father.”

Espíndola’s death has left her six-year-old daughter without a mother.

Her father, like Altamarino, found it difficult to contain his anger in the face of his loss. He explained that his daughter had wanted to be a police officer since she was a child.

“Police officers aren’t protected,” he said to La Nacion. “The government should worry more, see what happens over nothing. Criminals have more protection than the police. The robber kills and is still free.”

This occurred just hours after another police officer, 26-year-old Tamara Ramírez was killed in her house as she tried to protect her father from a burglar who had broken into the house in the early hours of Saturday morning. Ramírez and her boyfriend, also a police officer, attempted to fight the burglar but the criminal got hold of a gun, shot Ramírez in the head, killing her instantly. The family managed to call the police and the shooter was apprehended that night.

The investigation into Espíndola’s death is being carried out by personnel from the Second Ituzaingó Police Station, who are looking for eyewitnesses who may be able to help in finding the killer.

The Centre for Legal and Social Studies (CELS) reported that in 2017, 37 police officers were killed in the line of duty. Over the last 14 years the annual number has remained within 30 and 40 with a very slight decline but many police officers believe that more needs to be done to safeguard them in their job.