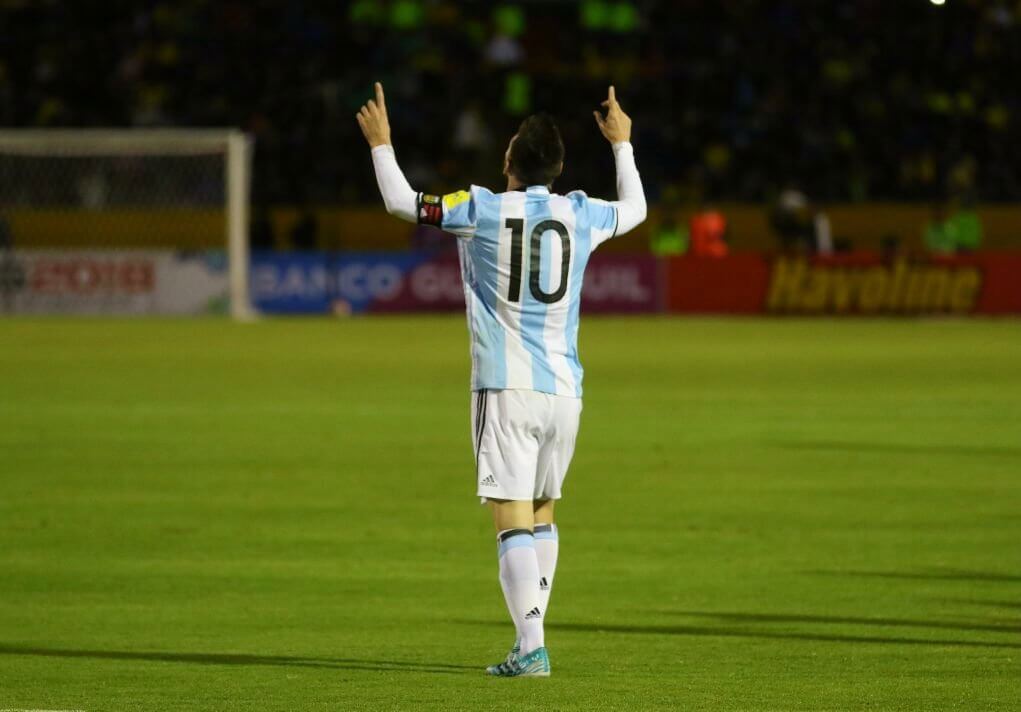 Lionel Messi‘s last shot to give a championship to his native Argentina will most likely come this June when the World Cup begins in Russia. Messi may be considered by some as the best player football has ever seen, but after losing three major finals – a World Cup and two Copa Américas – in three years with La Albiceleste, his legacy is in the eyes of his home country is a much more complicated issue.

Argentine Football Federation (AFA) President Claudio Tapia told a local television station that he has talked with the 30-year-old Messi about playing less for his club in order to stay fit for his country.

“This is important for the coaches and directors, so we spoke with Messi to tell him to look after himself and play less at Barcelona,” Tapia told Argentina’s TYC Sports.

So far this season with Barcelona, Messi has started in 33 of 39 fixtures. Though it seems Barcelona have all but locked up a Spanish league title, there are still games with heavy consequences on the line. Barca plays Chelsea next Tuesday in a Champions League Round of 16 match as the club tries to win its first Champions League title since 2015 and dethrone rival and current champs Real Madrid.

Messi secured Argentina’s uncharacteristically precarious World Cup qualifying in the team’s last match against Ecuador last October when he booked La Albiceste’s trip to Russia with a hattrick in a 3-1 win.

The Rosario native is widely regarded as Argentina’s greatest chance of making it back to the World Cup final after losing a heartbreaking final in 2014 to Germany 1-0. Without Messi, Argentina was beaten by Nigeria 4-2 during its most recent friendly.

Argentina’s national team will resume play in late March when it has a pair of friendlies against former world champions in both Italy and Spain.

Argentina is the top seed in Group D of the 2018 World Cup where it will meet Croatia, Iceland, and have a rematch against Nigeria. In that next showdown, however, Argentina expects to have a healthy and focused Messi on the pitch.