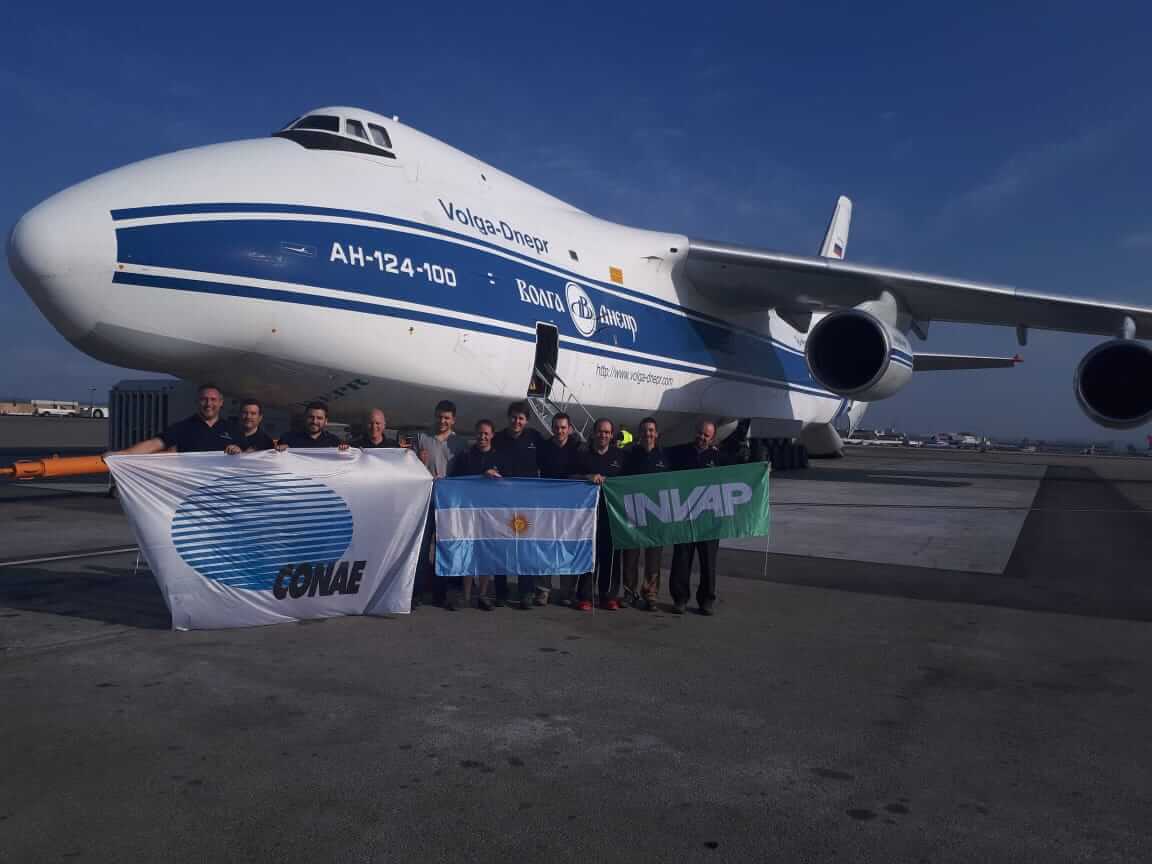 On Thursday Aug. 9, as the country was still reeling in the aftermath of the 16-hour abortion debates, the Ministry of Science presented a new satellite, the SAOCOM 1A.

Three tonnes in weight and with a 10m antennae, the satellite took nearly eight years to build, reported TeleSur. It will aid in the management of agriculture and environmental emergencies by producing images and measuring the levels of humidity in the soil.

At the presentation yesterday, President Mauricio Macri paid homage to Conrado Varotto, the ex-director of CONAE and the founder of INVAP, the design and construction company that was the main driver behind the SAOCOM 1A project.

The satellite will form part of the SAOCOM mission to place two satellite constellations into space. Each constellation will consist of two satellites, SAOCOM 1A and 1B, and SAOCOM 2A and 2B, of which the 2A and 2B satellites are expected to incorporate technological advancements based on the experience gained from the first generation.

SAOCOM 1A was constructed in Bariloche, in northern Patagonia, and TeleSur reported that it is to be launched on Sept. 29 from the Vandenberg Base in California, USA, with the help of Falcon 9, which will be provided by SpaceX, a US-based space science company. CONAE president Raúl Kulichevsky was quoted on Twitter as admitting that the launch would be an emotional moment, and it was likely he would shed a tear.

The Satellite also forms part of SIASGE, the Italian-Argentine Satellite System for Emergency Management, which when completed will use four satellites from the Italian Space Agency (ISA) and two from SAOCOM. Together the six satellites will aid both countries to obtain up-to-date and correct information on fires, floods, eruptions, earthquakes, avalanches and other environmental disasters.

SAOCOM 1A uses Synthetic Aperture Radar (SAR), a radar which is used to create two or three-dimensional images of objects. To create a functional image, it uses successive pulses of radio waves to ‘record’ a scene by documenting the echos which reflect back. This technology functions even if there is thick cloud cover and is equally effective during the day or at night.

The satellite will also use L-band radio waves (between one and two gigahertz) which is extremely effective at detecting humidity in the soil.

This technology will be used in agriculture to create maps of crops that are at risk of illnesses. It will also help to generate early warning flood systems through its use of water models, and will help to manage environmental emergencies by detecting spillages of hydrocarbons in the sea or providing images of water coverage during floods. Not only this, it will also monitor human use of raw materials.

“We have constantly been advancing our space plan,” explained Kulichevksy at the presentation. “With the information that we will provide we will raise people’s awareness of the responsible use of natural resources.”

Argentina has made waves with its controversial space agreements with China, which provided the Asian superpower with the use of large swathes of land for their own space projects. However, Argentina’s own SAOCOM mission is well underway, and with three more satellites in the pipeline, it isn’t going to end anytime soon.