Argentinian missing since 2003 is found 15 years later in Lima, Peru 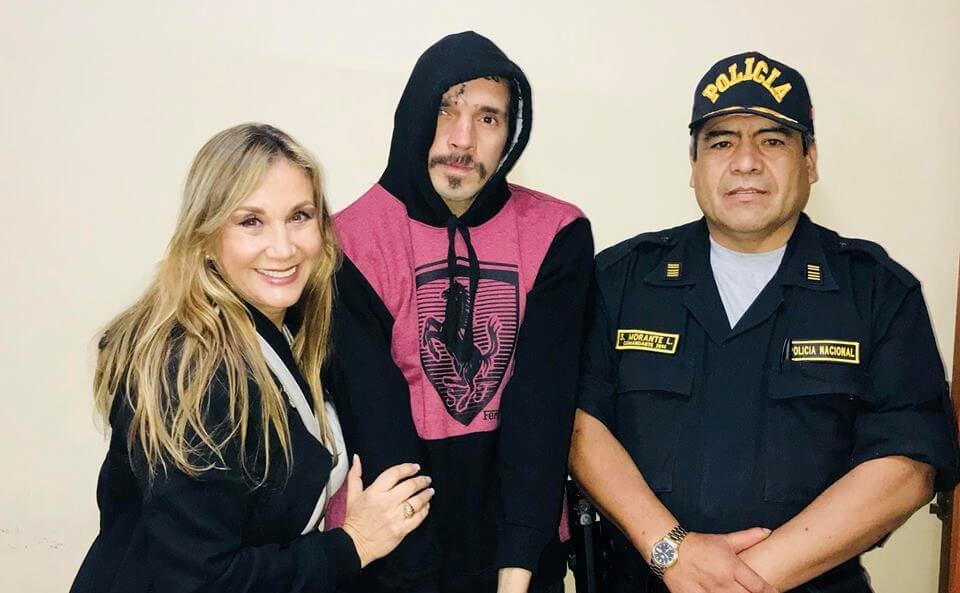 A man who had been missing from Argentina for 15 years was found living on the streets in Lima, Peru on Tuesday.

Ariel Alberto Nacer left his family home on January 14. 2003 when he was just 15 years old, reported Clarin. His identity was discovered when a woman who approached him with a donation noticed his Argentine accent.

Florence Arce Ross, the Peruvian woman who found him, spoke to Argentina news channel C5N about her first encounter with Nacer in San Borja, an upscale district in Lima, Peru.

“I knew from the moment I saw him that he wasn’t a drug addict,” she said. “Because of his body language I realised that he wasn’t aggressive. He was very calm, he had a lot of tenderness in his face. I wasn’t afraid of getting close to him because of that. I was afraid that he wouldn’t say anything to me, because that could also have happened.”

Ross took him to the police station, where they realised he was in a poor state of health. The police washed him and gave him sanitary assistance, and after putting two and two together, realised that he must be the Argentinian who had been missing for 15 years. 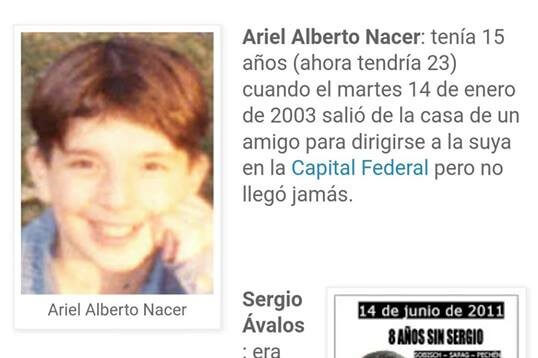 A missing person report for Nacer, showing a picture of him at 15 years old. Courtesy of Facebook

Nacer had a large scar on his head, and according to La Voz, said that he couldn’t remember his address, his surname or even who his mother was. Ross put various pictures and videos on Facebook, in which he answered questions only in monosyllables and appeared uncomfortable to be on camera.

Nacer was taken to the Argentinian consulate, where they confirmed his identity, and the case is now being handled by the General Consulate. The Argentinian Embassy in Peru posted on Facebook confirming his discovery and identity.

“His personal situation and health is delicate, so in order to preserve his intimate environment and that of his family, we ask that people avoid spreading alarming news about his person.”

The post went on to assure that steps would be taken to ensure his good health and to return him to his loved ones.

However, Ross said on CN5 that the family weren’t very forthcoming, implying that the mother isn’t in good mental health.

“[Nacer] has three siblings, each one from a different father, and each one is living their life,” she told the television channel. “The only one who has responded to our calls is the younger brother who is around 18 years old.”

Officials from both Argentina and Peru are trying to work out Nacer’s actions and whereabouts during the past 15 years where he remained undetected despite his missing person status.

Ross told CN5, reported in Clarin, that Nacer had left Peru and came back two years ago, where he went to the consulate to get a new passport, but nobody recognised him or made the link between him and the boy who went missing over 10 years ago.