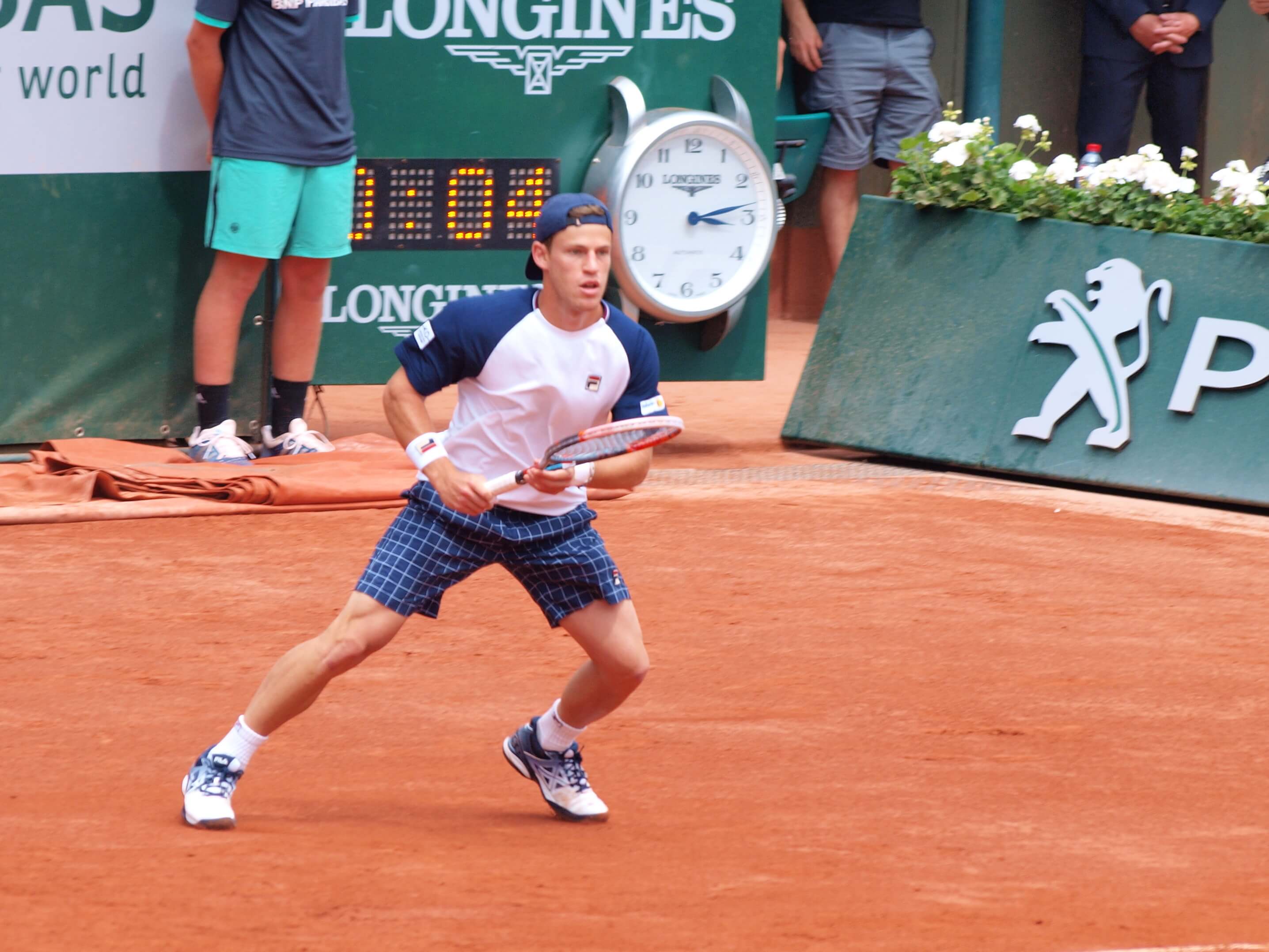 Two Argentinian players were stopped by rain on the clay courts of Roland Garros today, and Diego Schwartzman is soon to restart play against Rafael Nadal after winning the first set against the 10-time French Open champion.

Despite Schwartzman (affectionately known as El Peque by his Argentinian countrymen) barely winning a set against Nadal in their five previous matches, he blasted onto the court today winning the first set 6-4. If he maintains this winning streak, a huge upset could be on the cards.

Schwartzman also managed to get an early break in the second set, and rain stopped play at *3-2, with Schwartzman serving. Play resumed at 5.30 p.m. local time and Nadal immediately broke back after a failed volley from Schwartzman.

Nadal, who trained extensively on clay courts, often dominates at the French Open and has won the title 10 times in his career. This year he reached the quarter finals by winning 37 consecutive sets, showing his prowess on this surface.

The inclement weather also paused play between Del Potro and Cilic at 5-5 in the first set. Del Potro seems to be in good form after beating John Isner in straight sets in the previous round, and a victory in this match would see him reaching number 4 in the ATP ranking.

As the Argentinians step back onto the courts, eyes are peeled to see how the players will fare against their opponents.