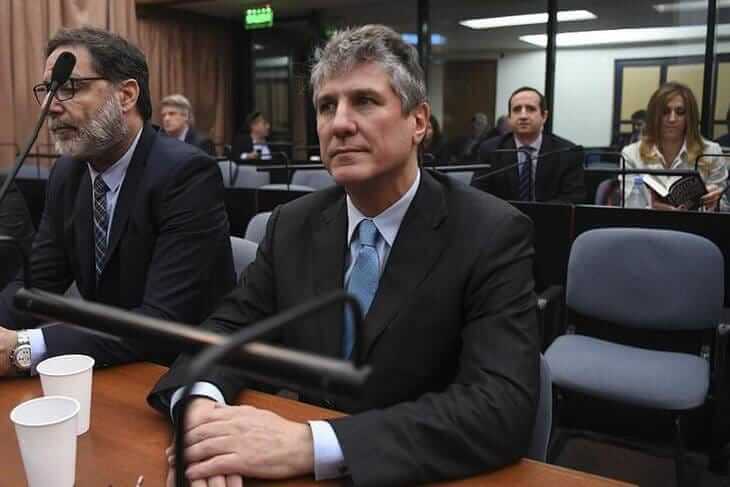 Yesterday ex-Vice President Amado Boudou was sentenced to five years and 10 months of prison for corruption and was taken immediately to the Ezeiza prison in Buenos Aires.

He was charged with bribery and conducting business incompatible with public office, reported Clarin. He allegedly used shell companies and secret middlemen to gain control of a company that was given contracts to print pesos and material for ex-President Cristina Fernández’s election campaigns. As well as the prison sentence, he was fined $90,000 pesos (around $3,200) and banned from holding public office for life.

On the same day, reported La Nacion, Boudou’s friend and business partner José María Núñez Carmona was sentenced to five years and six months in prison, along with Nicolás Ciccone, ex-owner of the Ciccone printing house. Others were also sentenced that day, but Ciccone, Núñez and Boudou were the only ones detained.

Boudou denied any wrongdoing and implied that the accusations were politically motivated.

“There is a question of class revenge, there is also a question of instruction; that nobody dares to try and change things,” he said before entering the court. “The politicians who walk the line that those in power decide, walk without problems. The politicians who decide to change reality are first persecuted by the media and then by the law-making administration system.”

This comes during Argentina’s so-called “Lava Jato” which has seen countless corruption accusations and allegations come to light. Political coalition Cambiemos are under scrutiny for receiving illicit contributions to their election campaigns and the “Notebooks of Corruption” scandal has uncovered a decade-long bribery scheme in which around US$200 million was exchanged between Kirchnerist officials and companies that deal with public contracts.

At least 12 people have been detained for the notebook scandal and Fernández herself has been called in for questioning by Judge Claudio Bonadio on Aug. 13. Bonadio has also requested that Fernández be stripped of the immunity she currently enjoys due to her position as sitting Senator.

Fernández, like Boudou, believes that the accusations are politically motivated and has used the term ‘Lawfare’ to describe the way the court is singling her and the Kirchner government out for corruption.