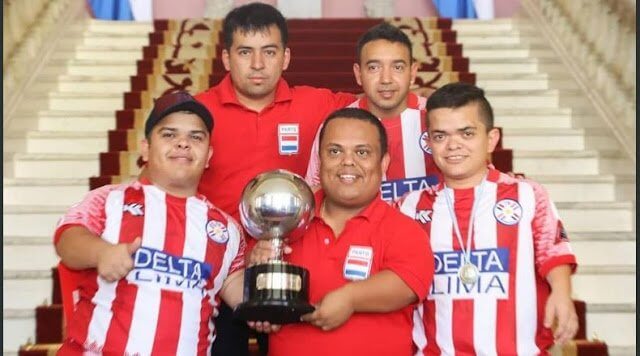 The first ever Copa America Talla Baja (American Cup for Little People) was held this year in Argentina, and was created to help tackle prejudice against dwarfism.

The football competition included teams from the US, Canada, Paraguay, Argentina, Bolivia, Chile, Peru and Morocco. Argentina beat their long-term rivals Brazil in the semi-finals, but lost out in the last match to Paraguay, who were the overall winners of the inaugural competition.

The Talla Baja civil association described themselves to Actualidad as “organising [them]selves in each country to make a better world for us and also for others, with love and solidarity.”

It is clear that this event meant a lot to those who were involved, with Brazilian player Urumar Miranda stating that he had “never dreamed” of participating in such a competition. Argentina’s Diego Serpentini added that “this project is an example of inclusion to demonstrate that we, despite having different capacities, are normal people and we can do sports and demonstrate our abilities.”

Across the Latin American continent, football is revered and has a prestige almost reaching that of a religion, provoking such patriotism that the countries often fall prey to vicious fights between rival teams. Despite this, although Colombia lost 6-0 to Argentina, many of the players highlighted the fact that the overall win was in fact bringing the event to fruition.

Facundo Rojas, the captain of the Argentine team, expressed the symbolic importance of the tournament.

“We belong to the most discriminated against group in the world,” he told Actualidad. “We have managed to change that, to show what we are capable of – to play football, to work and to study.”

Captain of the Colombian team (also known as the cafeteros), Alexis Calvo reiterated the importance of the event as an opportunity to tackle the discrimination so often felt by those with dwarfism.

“Let them not see us with that collective imagination that we are only useful as clowns or in bullfights,” he said to Sport. “There are professional people from an empirical or professional nature who are moving into a variety of sectors.”

With Argentina hosting the inaugural event, it is hoped that in the coming years more Copa America Talla Baja’s will take place in order to normalise and give more opportunity to those who want to play football, despite their differences.