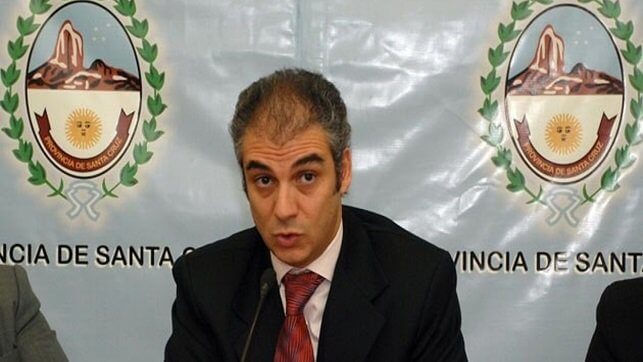 Ex-Kirchner official Juan Manuel Campillo was arrested on Tuesday after Judge Carlos Bonadio and Lawyer Carlos Stornelli requested that he be placed in preventative prison in relation to the Notebooks of Corruption case.

Bonadio and Stornelli have also called for the detention of his nephew Gastón Campillo and a third unnamed person, reported Infobae, but these two individuals have not yet been apprehended.

Campillo held various offices during the Kirchner administrationand his detention was requested followingthe release of statements by Elizabeth Ortiz Municoy, who was detained in October for her role in presumed money laundering using offshore businesses. Ortiz is hoping to reduce her sentence by giving information relevant to the Notebooks of Corruption case, and it was from one of these declarations that the evidence warranting Campillo’s arrest was revealed.

Ortiz explained that Campillo and his nephew were both in a meeting in Miami, US, where they discussed Carolina Pochetti’s bank accounts with her accountant. Pochetti, also detained, is the widow of Daniel Muñoz, ex-private secretary to Nestor Kirchner.

Bonadio has also called for buildings to be searched in Buenos Aires, Mar del Plata and Río Gallegos.

Campillo was Finance Minister for Santa Cruz under Kirchner’s administration, as well as Economy Minister under Daniel Peralta, the former governor of Santa Cruz. In 2009 he became the front of the National Office of Agro-Fishing Commercial Control (ONCCA).

The ex-official of the Kirchner administration is just one more to add to the scores of politicians and businessmen that have been discovered as part of the Notebooks of Corruption case since August 1 when it was first revealed. The case, which involves the alleged bribery of hundreds of thousands of dollars between Kirchner officials and private companies, is being led by Judge Claudio Bonadio and Lawyer Carlos Stornelli.