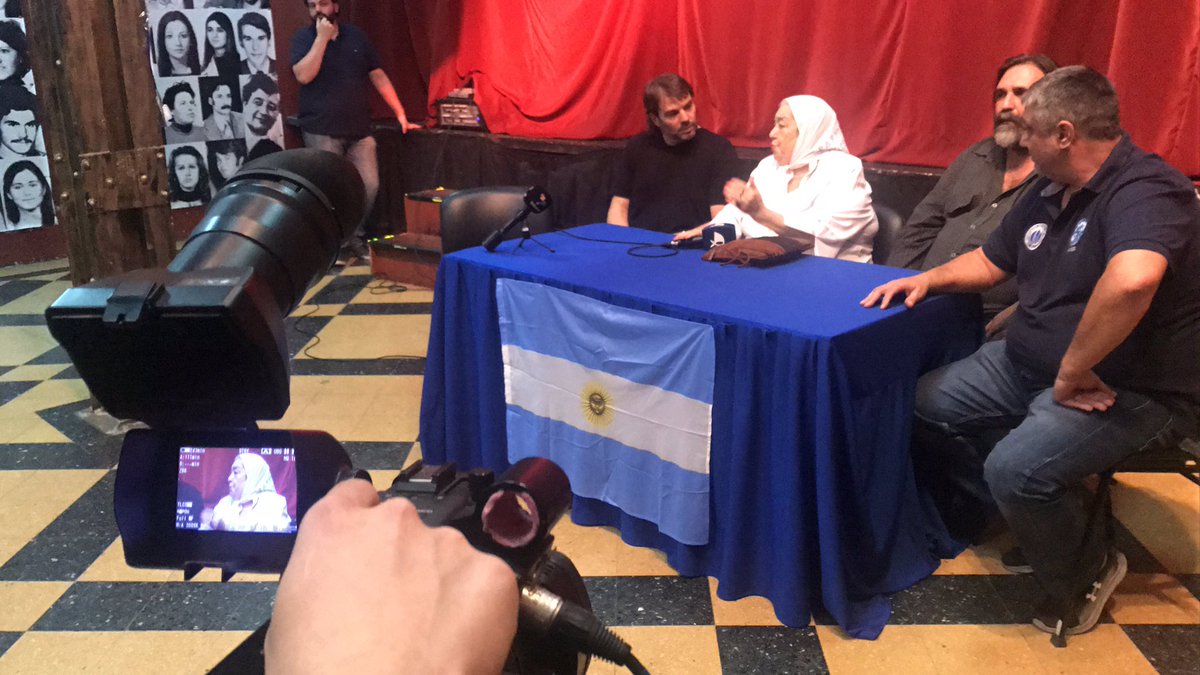 The G20 security measures are affecting citizens all over Buenos Aires, but the closure of the Plaza de Mayo could also mean that the  Madres de la Plaza de Mayo cannot carry out their habitual protest since the end of the military dictatorship.

“In 42 years nobody has stopped us,” declared the head of the Madres de la Plaza de Mayo association, Hebe de Bonafini.

The Madres association is a group of mothers whose children “disappeared” during the military dictatorship between 1976 and 1983. Since 1977, they have marched in the Plaza de Mayo, outside the presidential home, the Casa Rosada, wearing white headscarves to symbolise the diapers of their lost children. They were one of the first human rights groups to speak out  against the human rights violations of the dictatorship, and demanded information about what had happened to their children.

But this Thursday, November 29, reported Perfil, the entrance to Plaza de Mayo has been closed to all citizens. At a conference, Bonafini demanded that President Mauricio Macri open the blockades around the Pirámide de Mayo so that they can carry out their protest as usual.

“The march will happen wherever it needs to,” she said. “If they’ve never stopped us before, they’re not going to stop us now.”“Once [ex-president Fernando] De la Rúa stopped us and we bought stairs to get up and over [the blockade]. But now we’re not up to it because we are over 90 years old.”

Bonafini was accompanied by Roberto Baradel, the head of education trade union Suteba and Daniel Catalano, the head of trade union ATE Capital, along with other social leaders. Clarin reported that Bonafini also took the time to criticise Macri’s administration ahead of the G20 summit.

“The want to govern for them alone, with dominated and submissive people,” she said. “They want to dominate us like in the era of the indigenous people. But we are not going to stay quiet. Much less the Madres, because our children gave their lives.”

There will also be a march in protest of the G20, organised by trade unions and social leaders, on Friday November 30.