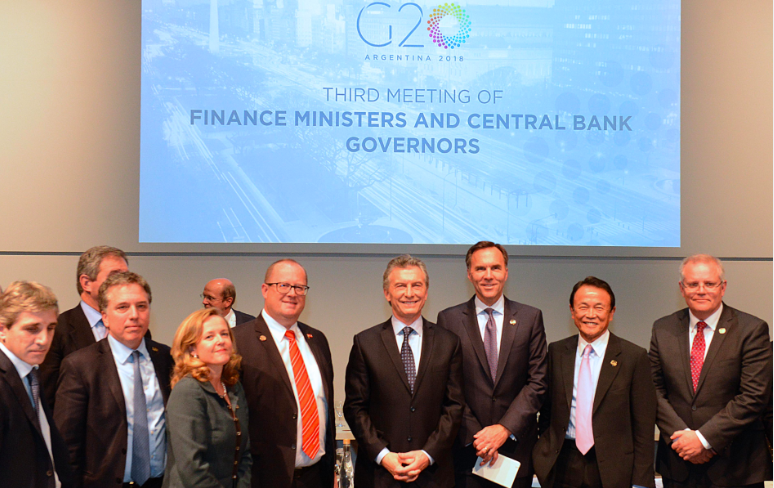 The trade wars between the United States, China, Canada and Europe gave leaders from some of the world’s most important economies a lot to talk about at the G20 meetings in Buenos Aires this past weekend.

All participating countries and financial figureheads came together on Sunday to sign a consensus statement, in which they agreed, among other financial topics, that escalating divisions in trade talks hamper global growth.

As the event wrapped up on Sunday at the Buenos Aires Exhibition & Convention Centre (CEC), Argentine Treasury Minister Nicolas Dujovne told reporters that “consensus was not difficult to achieve,” according to Bloomberg.

“There is a crude and sincere dialogue during meetings, but we look to emphasize consensus when it comes to writing the communique,” Dujove told reporters when talking about the statement that all members signed. “The G-20 is a discussion forum where constructive dialogue is the priority. Bilateral meetings and the World Trade Organization are the arenas where trade frictions are smoothed over.”

The United States representatives at the meeting signed the agreement after having not signing a similar agreement at the G7 talks in June.

U.S. Treasury Secretary Steve Mnuchin said that the recent talks of trade war coming from President Donald Trump and the North American country are meant as a search for “fair trade.”

“This is about the United States wanting free and fair trade, whether it is renegotiating NAFTA, which is an old agreement or focusing on trade with the EU, where we have a significant deficit and they protect many of their markets,” Mnuchin said at the conference. “Or whether it’s China where we’ve talked about the technology issue. We very much support the idea that trade is important for the global economy, but it has got to be on fair and reciprocal terms.”

After the U.S. imposed high tariffs on steel and other goods coming from the EU, Canada, China, and Mexico, those countries have promised retaliatory tariffs in response.

Founded in 1999, the G20 brings together governments and central bank institutions in the U.S., European Union, India, Germany, China, and other key markets across the world.

This year, 23 finance ministers, 14 central bank governors and 10 senior officials from international organizations were among the invitees. This included President of the World Bank Group Jim Yong Kim, President of the Inter-American Development Bank Luis Alberto Moreno, and Mnuchin, among other notable figures.

“The G20 is much more than a Declaration of Leaders. It is a gradual process of plural dialogue and global negotiation,” said Argentinean President Mauricio Macri at the end of the two-day meeting. “The discussions that take place in this forum have an impact on each of the citizens of our countries,” he added.