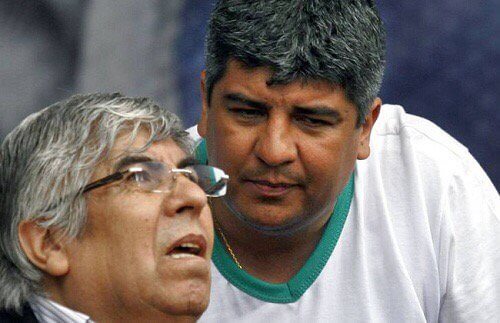 Last week, Argentine judge Luis Carzoglio ruled to dismiss allegations of corruption that were being faced by Pablo Moyano, leader of Argentina’s truck drivers union. In the space of the last two weeks, the union leader was accused of money laundering and gang involvement and taken to court by prosecutor Sebastian Scalera.

The scandal has not subsided since the charges were dropped, and it has been claimed by InSight Crime that the country’s unions continue to struggle to shake ‘mafia-esque’ identities across the country.

At the same time, today, prosecutor Sebastian Scalera has made increased calls to arrest Pablo Moyano once again and to appeal the decision made in last week’s court ruling.

The case focuses on the mishandlings of trade union representative Hugo Moyano and his son in question, Pablo Moyano, who both maintain powerful positions in overseeing the truckers union and also have a number of ties to the Argentine regional football team, Club Atlético Independiente. The pair allegedly carried out illicit activities, violence and fraud in relation to gaining increased access to Atletico Independiente and also resold match tickets in efforts to launder money.

According to Clarin, the group of union members were considered violent and had obtained certain benefits at the Atletico Independiente as a result of Moyano’s connections.

It has further been claimed that it would have been impossible for union members to obtain such benefits at the sports club without the approval of club leaders.

In the new accusations that came out today against the trucking union leaders, the prosecutor referred back to a number of telephone conversation transcripts which appear to implicate Moyano in authorising illegal activities by his union members. Further fingers have been pointed to bank accounts overseas, specifically in Liechtenstein. Clarin also suggests that there were ‘washing operations’ linked to the purchases of players and funds were handled off the books of the club.

Last week’s ruling suggested that there wasn’t enough evidence against the father and son to bring them to justice for money laundering charges.

With over 40% of Argentina’s workers being part of a union, the workers’ organisations hold a powerful position in the country. What has come to light, in this case, is that the scope of their power over workers, politicians and influence in shaping Argentine opinion is enshrouded in levels of corruption that Latin American countries are desperately trying to shake.

Pablo Moyano has been considered one of the country’s most powerful union leaders. InSight Crime has suggested it is very unlikely that he will be put in jail as a result of the high-profile members involved. Calls to reopen the case into the gangster-like union dealings, however, is a blow to union credibility and will continue to dog the actions of Moyano until the case is brought to a final close.