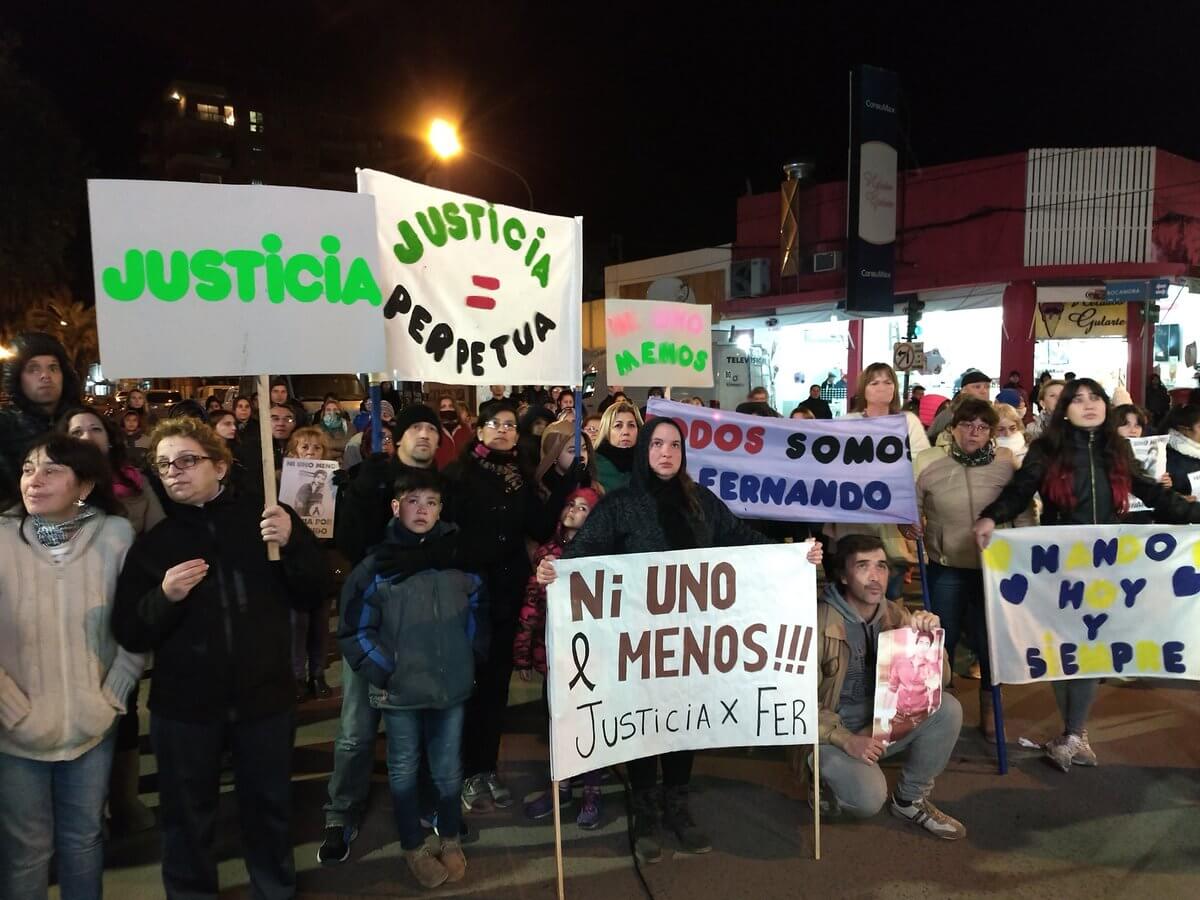 Nahir Galarza will go down in Argentina’s history books as the first 19-year-old woman to be given a life sentence on Tuesday. Over the past few months, Galarza has been appearing in the media as the judges and lawyers attempted to get to the bottom of the case.

On Dec. 29 2017, Galarza killed Fernando Postorizzo (20) with two gunshots. Her story recounted that they met at her house, where Pastorizzo grabbed her hair and hit her before taking a gun belonging to Galarza’s father.She then claims that they both got on his motorbike and at a considerable speed, wobbled on a turn, allowing Galarza to take the gun out of Pastorizzo’s pocket. She then accidentally shot him.

Despite being shocked at the event, her account affirms that she walked over to Pastorizzo to see how he was, and then accidentally shot him for a second time.

“In my years of experience I have never seen or heard of any person shooting twice by accident,” Javier Azcué, the ballistic expert of the Entre Rios police told the judges, reported by Clarin.

Galarza went home, and the police turned up at the door the following day.

One of the main issues that the court had been attempting to clarify was the nature of the relationship between the two young people. During the trial Galarza maintained that the two did not have a close relationship.

“We weren’t boyfriend and girlfriend, we never were,” she said, reported by Clarin. “I don’t know his parents and I don’t go out with his friends. We only see each other in the early hours of the morning to have sex.”

What is clear is that it was a turbulent relationship laced with violence. The two blocked and unblocked each other constantly on Whatsapp, and both Galarza’s mother and friends affirmed that they saw the injuries caused by Pastorizzo, from bruises on her arms to injuries in her genital area. The mother apologised that she didn’t urge her daughter to denounce the violence.

“He was getting worse over the past year,” Galarza explained. “He called me a slut, desperate, a whore, if he saw me with someone he pulled me by the hair, he recriminated me because he saw me with other guys.”

Despite claiming throughout the trial that the tragic events that led to Pastorizzo’s death were an accident, in mid-June Giulia Viera, one of Galarza’s classmates recounted a conversation between the two when Viera went to visit Galarza in prison.

“Because he was never going to leave me in peace,” Galarza replied.

However, Pastorizzo’s lawyers, friends and family all affirmed that it was Nahir who was violent towards him. Friends gave various accounts of an incident on Dec. 25 when Nahir and her friend hit Pastorizzo and showed photographs of him with a swollen black eye.

Despite affirming that they weren’t together, Galarza also took Pastorizzo on a family holiday to Rio de Janeiro, where he appeared in various family pictures. However the mother affirmed that this was the first she had heard of the young man.

The attenuating circumstances that could have shortened Galarza’s sentence according to Clarin were the fact that she was a victim of domestic violence, the nature of the relationship between the two, and the accidental nature of the gunshots.

However, the judges decided that the two were in a relationship, that the shots were deliberate, and that they didn’t credit that Galarza was a victim of gender violence. This meant that Galarza received a life sentence for domestic-related homicide by unanimous decision, which equates to 35 years in prison. Pastorizzo’s father was reported by La Nacion as commending the sentence.

“The only winner here is justice,” said Gustavo Pastorizzo, father of the deceased on leaving the court. “Today Justice won. The truth won. Fernando is no longer with us but he leaves a precedent. The verdict is a caress for my soul. I don’t feel relieved, but I feel at peace. People know that it was a bloody murder against someone who couldn’t defend themselves.”

La Nacion also reported that there were hundreds of people outside the court on Tuesday asking for justice for Pastorizzo. Banners were held with “Ni Uno Menos,” (Not one man more) in a deliberate alteration of the “Ni Una Menos” (Not one woman more) that is the slogan across Latin America for protests against violence against women and femicide.