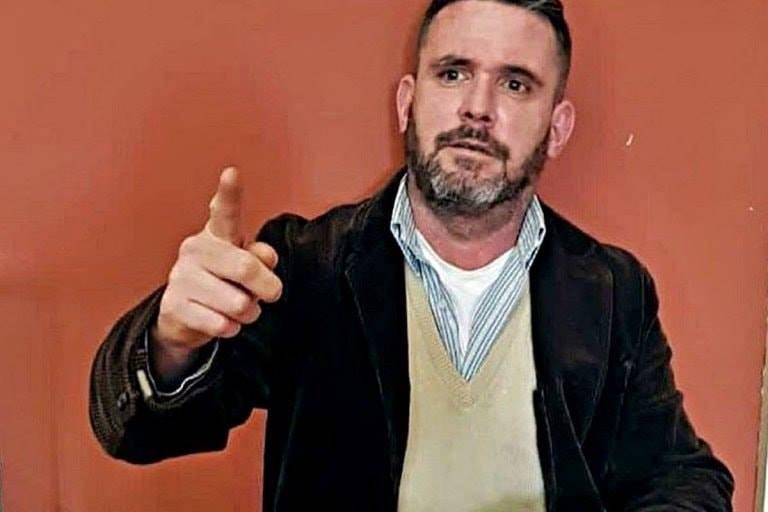 A journalist authorised to cover presidential activities from the Casa Rosada was detained on Friday when security forces realised that he had an international arrest warrant in his name. His links with private security companies indicate that he might have been functioning as a spy.

Juan Manuel Illescas is a journalist with a blog named “Noticias Argentinas. Periodismo e Información” (Argentine News. Journalism and Information), as well as a reporter for Radio Integral, a radio station based in Maciá in the province of Entre Ríos which is a small town of around 6,300 people. It was this role that allowed him to get a media pass allowing him to cover presidential activities for the radio station.

However, according to Clarin.  he has two arrest warrants out in his name, both international and national. The most recent was from May 7 2017 for cattle theft, not following the regulations for cattle commercialisation, not fulfilling his role as a public functionary and ideological falsification of public documents.

Despite this, his request for a media pass at Casa Rosada, the presidential home, was approved without mention of any of his previous crimes, which were only brought to light when he attempted to get accreditation to cover the high-profile G-20 summit that took place over the weekend. At this point, Casa Rosada security alerted the police who detained him on Friday at his house in Buenos Aires.

This incident has brought up various issues with Casa Rosada security as the investigation into Illescas showed that he has links with various private intelligence and security companies. A report given to Clarin explained that Illescas “doesn’t appear in a dependent relationship with any news media source” but that he does appear as an employee of private security company Segurary SRL. It is also worth noting that from the addresses he has been linked to, one is connected to a security company that carries out investigations.

“Illescas does not belong to any national intelligence service, but if he was a buchón (someone who acquires information through illegal means) for somebody it will be very difficult to find out,” investigation sources told Clarin. “Either way, his case is murky.”

This case has highlighted an apparentlack of security for the Casa Rosada when giving journalists authorisation to cover presidential actions. A Casa Rosada source told Todo Noticias that “As a press office we don’t have a system to detect these situations, that is what the Military House does.”

After these events security measures at the Casa Rosada are expected to be tightened for journalists entering the Casa Rosada to avoid similar situations happening again.