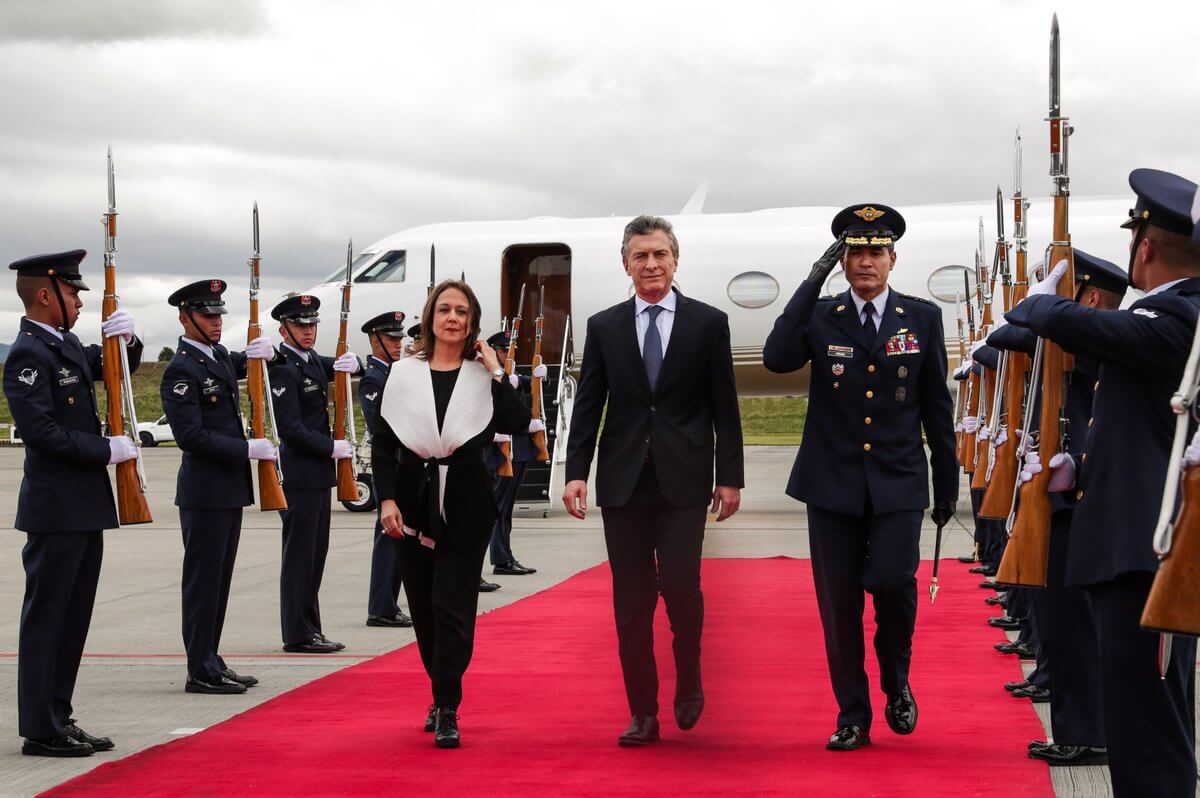 Upon arriving, the group was received by the Colombian Vice Minister of Multilateral Affairs, Adriana Mendoza, and Macri expressed his happiness at attending, reported the Colombian Cancilleria site.

“[It’s a] joy to visit here again, bringing an affectionate greeting from the Argentine people, telling you that we want to be even closer to the Colombian people and find even more things that we can collaborate on,” Macri said.

During the visit, Clarin reported, Macri will be given an audience with new president Duque, who replaces Macri’s ally Juan Manuel Santos, and it is expected the two will reinforce their wish for collaboration between the two countries.

Macri will also have lunch with Chilean president Sebastián Piñera. Macri was expected to attend a high level binational meeting in Santiago on Aug. 22, but it is possible that the Argentine president will not attend as he is trying to spend as much time as possible in Argentina working on internal affairs.

After lunch he will take part in a brief meeting with Nikki Haley, the United States’ ambassador to the UN. Haley will later visit Colombia’s border with Venezuela, where Argentine Cascos Blancos (Humanitarian aid groups) are currently posted. The Venezuelan crisis is one of the points of contact between American president Donald Trump and Macri.

Venezuela’s president Nicolas Maduro recently pointed fingers at ex-president Santos for orchestrating the alleged attack against his life on Monday. However, Santos rejected the claims noting that there was no evidence to back up the accusation. It is yet to be seen how Duque deals with the Venezuelan crisis.

However, Argentina and Colombia have traditionally had a close relationship. The Cancelleria highlighted the fact that the two countries had a constructive and friendly diplomatic relationship, reflected both bilaterally and regionally. For example, Argentina and Colombia have free student movement, cooperation in cultural and sporting spheres, as well as combining efforts with human rights matters and the fight against drugs.

On Aug. 15 Macri will go to Paraguay for a few hours for the inauguration of Mario Abdó, who will succeed Horacio Cartes as president of the country.