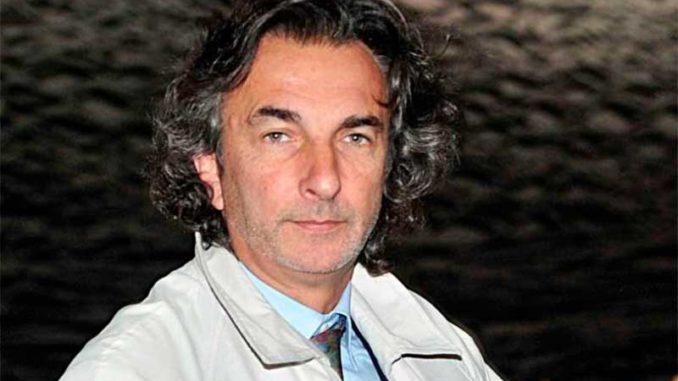 The notebook scandal case continues as President Mauricio Macri’s cousin, along with other business owners, have negotiated a plea bargain deal in order to reduce their sentences.

Last week it came to light that Oscar Centeno, driver to Julio De Vido’s right hand man Roberto Baratta, had written notebooks detailing the exchange of bribes between ex-Kirchner government officials and construction companies. The amount of money now estimated to have been moved between the 2008-2015 period covered by the notebooks is around US$200 million.

Early Monday morning La Nacion reported that  Ángleo Calcaterra, Macri’s cousin, presented himself at the Comodoro Py courts to negotiate a plea bargain. He admitted to making under-the-table payments to ex-officials of the Kirchner government, information which is backed up by the detailed notes taken in Centeno’s books. Calcaterra explained that he had been pressured by Kirchner officials to contribute to electoral campaigns, but he claims that the amounts of cash exchanged in the bribes was less than what was written in the notebooks.

Clarin clarified that illicit money was paid in 2013 and 2015 to political party Frente para la Victoria (FpV) for their campaigns, and pointed out that Calcaterra mentioned Baratta by name as one of those who was pressuring him to carry out the bribes.

At the time of the alleged illicit exchanges , Calcaterra was the head of construction company IECSA, which he bought from his uncle in 2007. He earned millions of Argentine pesos in public contracts during the Kirchner regime, which he will now inform on, and admitted to paying contributions to the two Kirchners who governed the country between 2003 and 2015.

However, it was not just the Kirchner government who slipped money to IESCA in an attempt to win public contracts. IESCA was the company in charge of putting the Sarmiento train underground, a feat estimated to cost around US$3 billion. According to the recent Argentina-Brazil information sharing agreement, the Lava Jato corruption investigation allegedly involved Odebrecht officials in the Sarmiento train construction.

This meant that, in 2017, IESCA and Calcaterra were both in the limelight of various corruption allegations, and Calcaterra decided to sell the company that year. The company is now defunct.

Despite being directly named in Centeno’s notebooks, Calcaterra was not formally detained. However, he went straight to the courts early Monday morning in order to negotiate his plea bargain. Calcaterra’s defence lawyers lauded his actions, telling Clarin that “he showed up spontaneously at Judge Bonadio’s court to collaborate with the investigation, with the purpose of telling him that, in the context of pressures he received, he paid money contributions to electoral campaigns.”

After some negotiation, Calcaterra signed a formal plea bargain deal with Bonadio at around 11 a.m. on Monday morning. Mauricio Macro tweeted this morning showing that his cousin had already told him over the weekend that he was to give himself up.

“Yes, it’s true! My cousin Angelo Calcaterra is involved in all the bribes, but he regrets it. #HappyMonday”

However, Calcaterra is not the only one to cut his losses and become an official informer. Javier Sánchez Caballero, ex-CEO of IESCA was also mentioned in the notebooks and had been formally detained. This morning, around an hour after Calcaterra put pen to paper, Sánchez also signed his own deal, hoping that the information he gives will alleviate his final sentence.

Businessmen involved in the scandal are dropping like flies into the informer honey-pot, but it was neither Calcaterra nor Sánchez who started the trend. Juan Carlos de Goycoechea, the ex-regional director of Spanish company ISOLUX was the first person to sign a plea bargain deal on Friday of last week.

These deals were first created en masse during the Lava Jato corruption investigation, which has rocked Brazil’s economic and business world. Many ex-officials of now-infamous construction conglomerate Odebrecht have attempted to shorten their sentences by informing on superiors. Having a variety of different informers will help Judge Bonadio, who is in charge of the case along with Federal Prosecutor Carlos Stornelli, gain a clearer picture of the complex affair.

Along with the others who have negotiated plea bargains, Calcaterra, Sánchez and de Goychoechea have promised to be truthful in everything they tell the court upon signing their agreement. If they do this, their sentences will be reduced, however, were they to lie, they would go to prison for the full length of their sentence.

This week more investigations and questionings will be carried out on those deemed to be involved in the case, culminating on Monday 13 when ex-President Cristina Kirchner herself will find herself in the firing line. Judge Bonadio has asked for permission from the Senate to strip Kirchner of her immunity, which will allow him to place her in pre-trial detention and carry out searches in her three residences and offices. The vote is yet to be decided by the Senate.