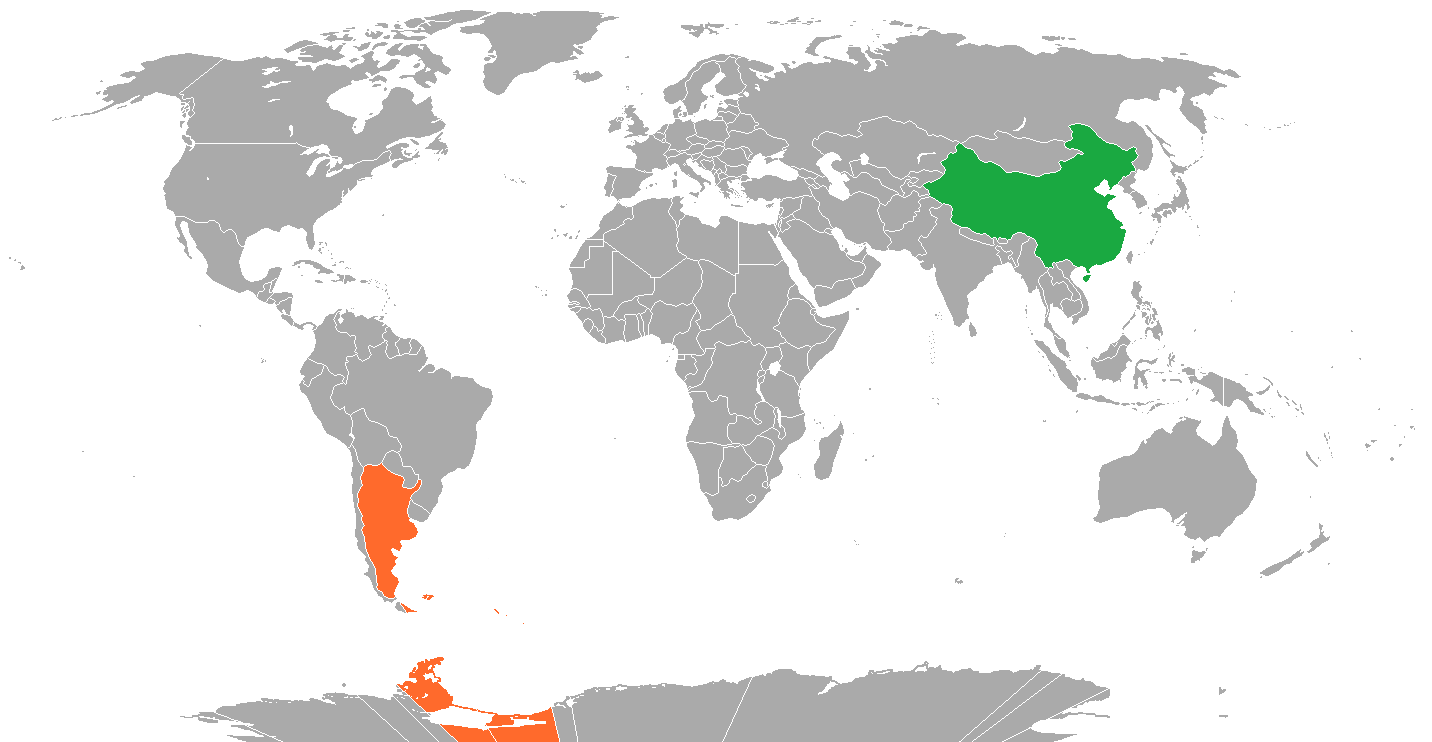 Argentina’s current precarious economic situation was exacerbated in no small part by a mass exodus of international investors, especially those from the United States. However, as the country struggles to keep its head above water in a sea of inflation and currency crises, China’s investment could be the support they so desperately need. But at what cost?

China have offered financial assistance and trade ties with the South American country, involving a currency swap agreement that allows the countries to loan funds to each other in times of financial difficulty. A renewed agreement in July 2017 means the two countries can exchange up to 70 billion yuan (US$10.3 billion) for 175 million Argentine pesos for three years, extendable by mutual agreement.

China have also expressed a wish to involve Argentina in their Belt and Road infrastructure initiative, which aims to increase connectivity and cooperation between countries, something President Mauricio Macri said he would fully support.

In May of this year, Agriculture Minister Luis Miguel Etchevehere visited Beijing and signed an agreement allowing Japan and China to lift the ban on imports of fresh beef to Argentina.

China’s entrance into the Argentine market began during Cristina Kirchner’s presidency in 2009, when the country found itself again in dire financial straits. Inflation was high, billions of dollars in debt payments were looming, and the government was experiencing strong resistance from citizens over its decision to nationalise $30 billion in private pension funds. Add one of the worst droughts in five decades and the country was desperate for any help it could get.

China swooped in to the rescue, completing the first $10.2 billion currency swap deal that helped stabilise the wobbly Argentine peso, and promised to invest a further $10 billion to fix the nation’s decrepit railway system.

At the same time, China sent a team to Argentina to discuss their space ambitions at a time where the South American country was in no position to refuse.

In 2012, after months of secret negotiations, Argentina and the Chinese government also signed a deal that would give the Asian superpower the right to land in Neuquen for 50 years, completely rent-free. This wasn’t passed in parliament until 2015, but Pakistan Defence reported satellite photography revealing that construction of the base began in 2013.

This was received with shock and disapproval amongst Neuquen residents, reported The Economic Times. Betty Kreitman, a Neuquen lawyer was outraged by the decision and went to question Chinese officials as to why they were setting up camp in her province.

When Macri came into power at the end of 2015, Asia Nikkei reported that he wanted to distance Argentina from China due to the shady and secretive way they had negotiated the Neuquen space deal. However, in times of economic crisis, it must have been difficult to turn down offers from the Chinese, and InfoBae reported earlier in July that the two countries will meet in September to negotiate an agreement to jointly produce military equipment such as helicopters, boats and planes.

In March of this year China have opened another base in Quintuco, a rural area close to the Chilean border, inciting debate about what China’s real motives are. Officially the country want to launch a satellite hub on the other side of the globe, followed by a mission to the dark side of the moon. The base is China’s largest and best-equipped outside of their borders, and became fully operational in April. Despite the country promising that the base has no military use, thansk to its strategic technology and equipment the area is an ideal vantage spot for Beijing to monitor satellites and space missions around the clock.

This situation has raised questions as to how far Argentina will allow China to use the country as a strategic area rather than a trading partner. The Economic Times and Asia Nikkei both warned that China gaining more power in the area has direct links to the United States’ neglect of the South American continent. China’s involvement in the continent as a whole often undermines the US’ political, economic and strategic power in the region, and they are not stopping at Argentina alone.

China have expanded trade, bailed out governments, helped build much-needed infrastructure, strengthened military ties and locked up huge amounts of resources, reported The Economic Times, which binds many countries’ fates to their own. In fact, The Dialogue states that China has shelled out US$150 billion in loan commitments to the Latin American and Caribbean (LAC) countries since 2015, and the Boston University’s Global Development Policy Center reported that trade between China and LAC countries reached $244 billion last year, which has more than doubled since a decade ago.

“China is positioning itself in a world that is safe for the rise of China,” said R. Evan Ellis, a professor of Latin America studies to The Economic Times. “If you’re talking about the 2049 world, from the perspective of Latin America, China will have unquestionably surpassed the United States on absolute power and size. Frankly, if it was a matter of sustained conflict, you reach a point where you can’t deny the possibility of Chinese forces operating from bases in the region.”

Since US President Donald Trump’s inauguration, he has not visited the Latin American continent, after repeatedly pulling out of meetings and summits despite growing preoccupation over China’s growing influence over the region.

These worries also exist among the leaders of the South American countries seemingly inextricably linked with China. However, Diego Guelar, Argentina’s ambassador to China told The Economic Times that it would be unwise to pull out now, seeing as the United States has not put itself in a position to take up the reins in the region.

“There has been an abdication [of leadership by the United States],” Guelar explained. “It surrendered that role not because it lost it, but because it doesn’t wish to take it on.”

The US’ diminishing role in the region can also be seen in Mexico, who have decided to buy one million tonnes of Argentine corn in the face of continuing delays in the North American Free Trade Agreement (NAFTA) with the United States. El Perfil reported that Mexico, who normally imports 14 million tonnes of corn a year principally from the US, is hoping to diversify its corn suppliers due to the disruptions caused by the NAFTA, and are also looking at Brazil, which hosts a huge amount of global crop production.

Trump continues to wage trade wars across the globe, and although South America may be glad of the respite from the US’ claws in the region, they may just be walking into the same issue with China.