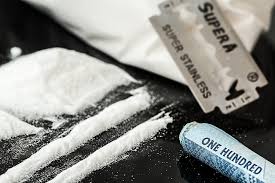 Andrei Kovalchuck, the apparent mastermind behind a plot to ship almost 400 kilos of cocaine from Argentina to Russia, has been arrested in Germany, according to German English-language news source The Local. Kovalchuck, who worked in the Russian embassy in Buenos Aires, has been charged with shipping 16 fully-laden suitcases to his homeland. The plot was uncovered in December 2016 by Argentinian officials who were tipped off by the Russian ambassador.

Kovalchuck is the latest arrest in a plot that has already seen two Argentinians and three Russians apprehended. The investigation took over a year long, and saw the Argentine authorities replacing the drugs with flour and then putting a GPS tracker in the suitcases. When the shipment arrived in Moscow, the suspects were caught as they picked up the suitcases.

There has been much controversy in Russia regarding the case, with Kovalchuck’s lawyer claiming he was set up by the CIA to tarnish the image of the Russian embassy in Argentina. He has provided no evidence to back up these claims.

More furor was sparked when Argentine officials’ photos of the airplane used in the shipment linked the plane to goverment officials in Moscow. Those authorities have denied all claims.

The cocaine is likely to have originated in Peru or Colombia, officials say, with a street value of around $60 million in Russia. Authorities also say some of the cocaine was intended for distribution in Germany, Kovalchuck’s adopted home.