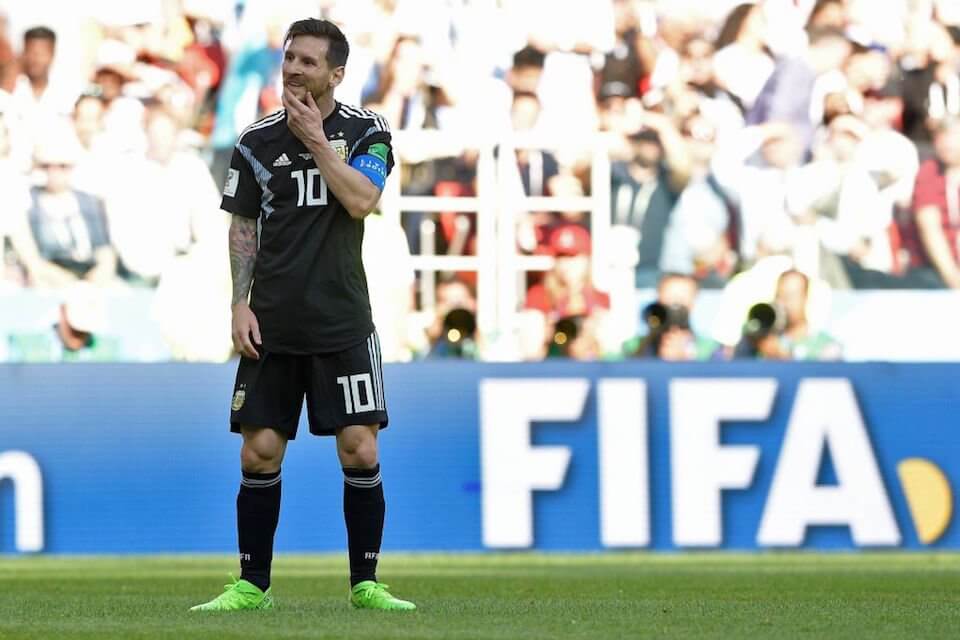 Argentina’s football Manager Jorge Sampaoli is worried as star player Lionel Messi has sunk into a depressive mood after missing a penalty in their first game against underdog Iceland.

La Nacion explained that one of the main problems with the Argentina’s World Cup selection is the emotional  turbulence that the players are prone to experiencing. A couple of months before the international event began, Sampaoli admitted to the Argentine newspaper that he was unsure how to deal with this issue.

“I can’t send them all to a psychologist,” he remarked.

Messi didn’t play at his best in the country’s inaugural match and missed a hugely important penalty, leaving the final score at an unexpected draw of 1-1. This gives each team one point in the tournament, instead of the three points Argentina would have achieved had they won.

“I feel responsible for not having brought us three points,” Messi said after the match. “I was dead after the penalty. But, now, we’ll have to make more efforts.”

The internet didn’t help Messi’s black mood, as after the match it exploded with memes ridiculing him and showing GIFs of his rival Cristiano Ronaldo laughing. Ronaldo and Messi are currently considered the best players in the world, and there is much contention between fans as to who is better. Ronaldo’s impressive hat-trick against Spain in Portugal’s first World Cup game puts the two players in stark contrast, with Messi coming out in second place.

Obviously aware of how this was affecting her husband, Messi’s wife Antonela Roccuzzo showed support for him on Instagram by posting a picture of them together with their three children, with the tagline “Always together and with you more than ever.” At the time of writing, the picture had nearly 1.5 million likes.

The pressure on the Argentine team is immense, and in order to get them back to their best, Clarin reported that Sampaoli is taking the reins and changing the team from Messi’s selection for the Iceland game to his own.

Angel Di María, Lucas Biglia and Marcos Rojo, who didn’t show their talent last match will be watching the game against Croatia from the bench, putting Gabriel Mercado, Marcos Acuña and Cristian Pavón on the pitch in their place. Sampaoli will only put three of the old-school players who are desperately seeking revenge in the team, as Mascherano, Messi and Agüero are prone to mental blocks during a match.

Argentina will play Croatia on Thursday 21 June, and it remains to be seen whether Sampaoli’s new selection will give the team the boost that they so desperately need.

International operation shuts down child pornography network based in Argentina