What happened at the G20 Summit 2018 in Buenos Aires 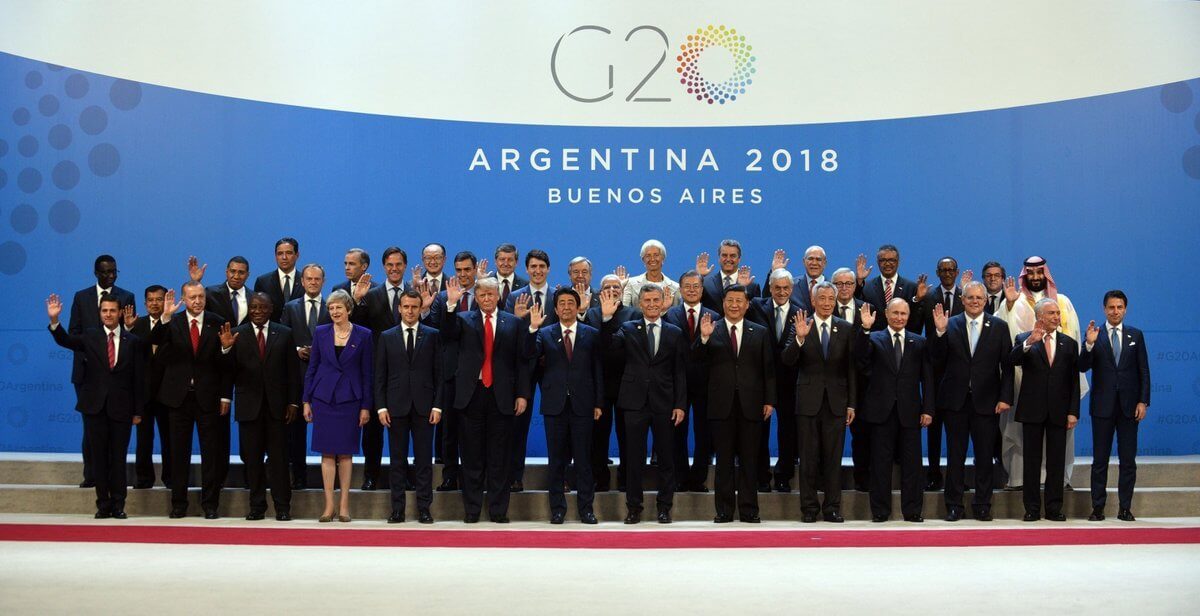 The G20 Summit unfolded with no major hitches, and Buenos Aires is returning to its normal bustling self after a weekend of closed roads and cancelled public transport. But what happened over the weekend?

In what appears to be an ever-strengthening relationship between Argentina and China, Mauricio Macri and Xi Jinping signed over 30 investment and agriculture agreements during the international summit. The agreements include a deal to export Argentine cherries to China, as well as the expansion of a currency exchange.

“The more China develops, the better China does, then it will be better for Argentina, for the region and the world,” said Macri about the new deals.

There was controversy surrounding the Saudi Crown Prince’s visit, as prosecutors agreed to investigate him for the death of journalist Jamal Khashoggi and possible war crimes linked to the Yemen conflict. However, red tape and time constraints made any arrest impossible, and social media blew up when a video of the Saudi leader and Russian President Vladimir Putin giving each other a very warm handshake and high five was posted online.

Geopolitics reported that this close relationship could be linked to the fact that both leaders have been accused of various crimes they maintain they didn’t commit, and their greeting wasan act of solidarity against these allegations.

Donald Trump was the only leader to refuse to sign onto the joint statement on climate change at this year’s G20 Summit. This meant that a new clause had to be written into the Paris agreement explaining the US President’s decision to withdraw from the agreement.

“The United States reiterates its decision to withdraw from the Paris Agreement, and affirms its strong commitment to economic growth and energy access and security, utilizing all energy sources and technologies, while protecting the environment,” the communique read.

Despite scientific evidence, Vox reported that Trump has repeatedly placed doubt on the veracity of climate change and subsequently has refused to commit to international environmental commitments. In response, Greenpeace stated that “the necessity of the United States being part of the effort to combat climate change is undeniable, but this shows that now the United States is excluded.”

After years of negotiating a new trade deal between Canada, Mexico and the United States, the three countries finally signed an agreement on Friday, November 30. The new accord is called UMSCA, or T-MEC in Spanish. El Economista stated that it was a great success for Trump, who said the new agreement would benefit the three countries “enormously.”

“It is the biggest, most important, most modern and most balanced trade deal in history,” he said, adding that “it will change the trade panorama forever.”

Canada and Mexico both hoped for more favourable tariff conditions but signed the deal anyway. This was Enrique Peña Nieto’s last act as President of Mexico, as his successor Andres Manuel Lopez Obrador (AMLO) was inaugurated on December 1.

“Trade agreements cannot remain static,” Peña Nieto stated. “They need to move forward in line with the needs of our economy.”

However, the agreement will have to be ratified by the Congresses of each country before it comes into force, and with democrats controlling the House of Representatives, this may not be an easy task in the US.

On Sunday 2, Mauricio Macri tweeted a video of International Monetary Fund (IMF) Director Christine Lagarde congratulating Argentina on “by far and away the best G20 Summit” she had been to.

“We all had our fears, we all expected it to be a fiasco for all sorts of reasons, but thanks to the Argentines’ genius, it worked out to be one of the best G20s I’ve ever seen,” she said.

This was the first time a Latin American country has ever hosted the G20 Summit, and the first time Donald Trump has visited the continent since he came into office. Even though Argentina finds itself in a turbulent economic period, the government managed to host a successful and fruitful event.