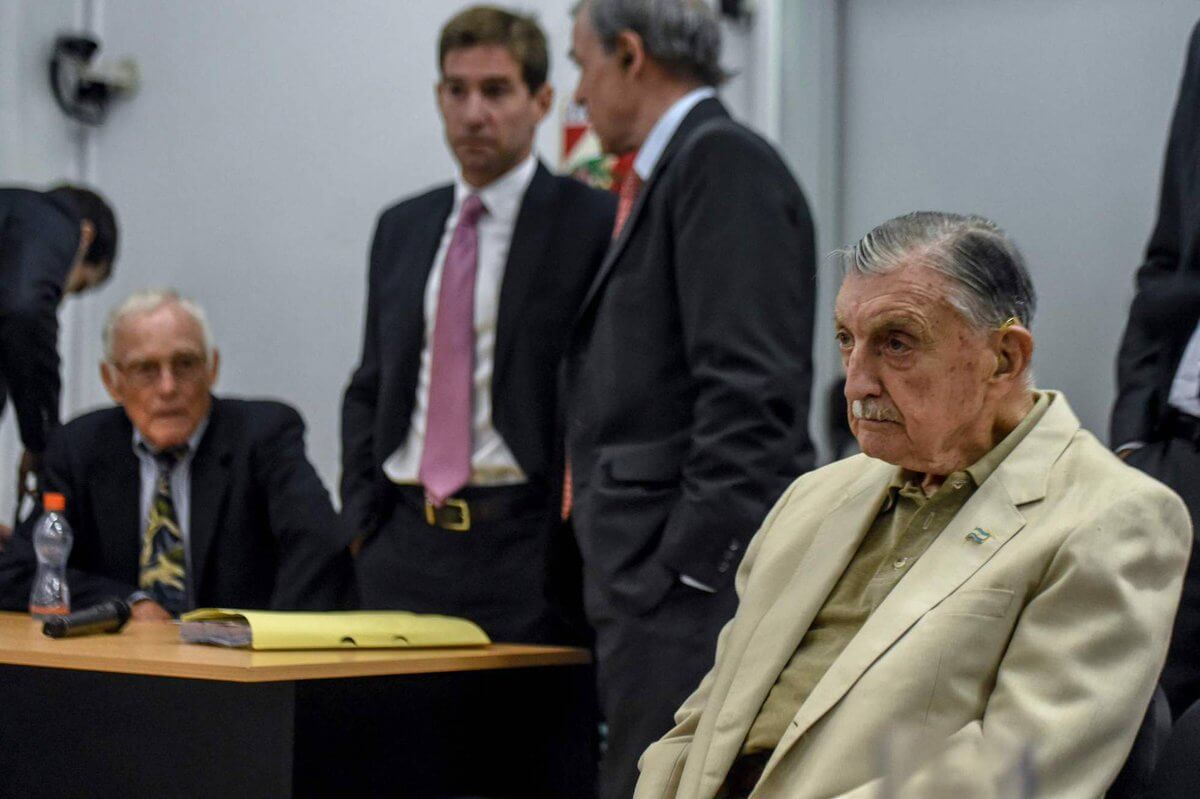 The two men implicated were the Ford factory’s former managing director Pedro Müller, (now 86) and Héctor Francisco Sibilla (now 90), the security manager at the General Pacheco plant during the 70s. The three-judge panel sentenced them to 10 and 12 years respectively, and although the judges recommended that they serve their sentence in a common prison, they allowed house arrest due to their advanced age.

They were sentenced for their role in assisting in the kidnapping and torture of 24 workers. Although over 1,000 military officers have been arrested for crimes committed under Argentinian military rule, this marks the first time that executives of a foreign company have been convicted for this kind of crime.

Testimonies revealed that the two executives provided the military with lists, addresses and photo IDs of workers that they wanted detained, reported The Guardian. They even created an illegal detention centre at the plant where the individuals who were abducted could be tortured and interrogated.

“The majority were kidnapped right off the assembly line,” Tomás Ojea Quintana, one of the lawyers representing the workers told The Guardian. “They were taken by rifle-toting military officers and paraded before the other workers so they could see what happened to their union representatives. This created an atmosphere of terror in the workplace that prevented any wage or working condition complaints.”

One of the workers claimed to have been tortured for up to 11 hours. After being abducted and tortured, the workers were then sent to prisons in Buenos Aires, where they were held without charge from anywhere between several months to two years. Despite the workers from the Pacheco plant demanding justice, the case could not be taken to court due to the Full Stop Law and the Due Obedience law, brought in 1986 and 1987 respectively, that both stopped investigations into those accused of political violence and acquitted military officers and their subordinates for their crimes during the military regime as they were merely obeying orders. These laws were overturned in 2003.

After fighting to keep the case in the public eye, many of the workers were either inside the courtroom or crowded outside waiting to hear the result. Luis María de Giusti, who was tortured at the Pacheco plant and subsequently illegally detained for a year, spoke to Pagina 12 about why it was so important that the men were taken to justice.

“They had the possibility of having grandchildren, to take them to the square, to go to the club,” he said. “We lost half of our colleagues and not because of old age. The torture and detentions were without reason or motive, without judge or lawyer having any idea it was happening. What did we do to deserve what they did? We didn’t even throw a stone at Ford.”

Also sentenced for the same crimes was former Army General Santiago Riveros, who received a 15-year prison sentence, although he will also serve this time in house arrest.

For lawyer Ojeo Quintana, the sentence was “an impressive success.”

“Justice was done today,” he told Pagina 12. “It was completely recognised that the Ford company was an accomplice in the military dictatorship […] It is an extremely important milestone in the process of memory, truth and justice, and we hope that from this other trials can take the correct path.”

Although the prosecutors wanted a longer fine – Pagina 12 reported that they wanted 25 years apiece – the workers have been waiting 42 years for justice, and when the judges read out the sentence the former Ford employees burst into applause.

Officials at Ford have declined to give any statements, but did remind journalists that the sentences given on Tuesday can be appealed, reported The New York Times. Some lawyers such as Ojea Quintana will attempt to sue the US Ford company, as they had direct control over the Argentine subsidiary and thus responsibility for what occurred at the factory.

There are still many who remain impune for crimes against humanity that were carried out during Argentina’s military dictatorship, during which around 30,000 people were ‘disappeared.” Although collusion between civilians and military officials was widespread, legal repercussions for civilians have been limited, and Tuesday’s ruling hopes to set a precedent in order to reduce impunity for all those involved in such crimes, civilian or military.