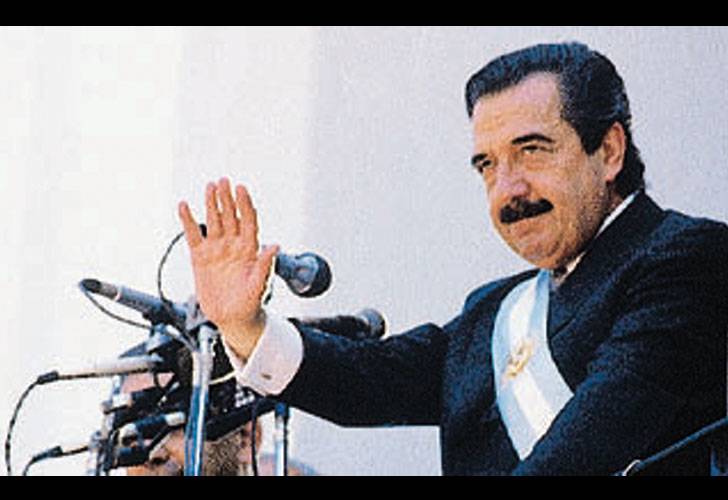 Today, Oct. 30, is a historic day for Argentina, as it marks 35 years since the Argentine people voted for a return to democracy, giving Raúl Alfonsín the responsibility of president of the nation.

This came after seven years of brutal military dictatorship that saw thousands of people killed or disappeared, reported Actualidad. A CONADEP study highlighted that the majority of the victims were young men and women under 30, often activists and social leaders who were trying to lead their country out of the violent era it had found itself in.

Alfonsín was the leader of the Radical Civil Union (UCR), and in presidential campaigns his main slogan proclaimed that “with democracy, we eat, we educate and we heal.” He also used the Argentine constitution as a tool, ending his speeches with a “secular prayer” of the constitution’s preamble,  which promises to “form a national union, guarantee justice, secure domestic peace, provide for the common defense, promote general welfare and secure the blessings of liberty to ourselves, to our posterity, and to all men of the world who wish to dwell on Argentine soil.”

His main rival in the presidential elections was Ítalo Luder of the Justice Party (PJ). However, in the closing of the PJ campaign, Luder-supporting politician Herminio Iglesias set fire to a coffin with the initials UCR and Alfonsín carved into it. This symbolic act of violence was seen as a strong factor that lead to Alfonsín’s eventual win in 1983, with 51 percent of the vote, with the PJ picking up only 40 percent.

However, his presidency was not wholly a success. According to fact-checking site Chequeado, in 1982 – one year before Alfonsín was elected – the levels of poverty in the metropolitan area of Buenos Aires stood at around 21 percent. By 1989, the year he stepped down as president, poverty across the country had leapt up to 38.3 percent amid massive hyperinflation.

During his presidency there was a strong urgency from Argentine society that the military leaders who had carried out atrocities and human rights violations were taken to justice. However, National Congress passed laws such as the Full Stop law (1986), which forced the end of investigations into those accused of political violence, and the Due Obedience law (1987), which meant that all officers and their subordinates could not be held accountable for their actions as they were obeying their superiors. These were created to assuage the discontent of the military, and although not supported Alfonsín, threats of another military coup caused the laws to be passed. They severely limited the capability of the justice system, guaranteeing impunity for the perpetrators of these crimes. These laws were repealed in 2003.

Despite this, he remains a symbol of a much-desired return to democracy for Argentines. In order to commemorate the 35th anniversary of this date, Todo Noticias reported that current president Mauricio Macri opened a special exhibition in the Casa Rosada Museum on Monday. This exhibition displays a collection of Alfonsín’s personal effects, which were gathered by his family and donated to the state. The exhibition can be visited until the end of this year.

At the inauguration event, Macri gave a speech paying homage to the ex-president, but also referring to the difficult economic and political situation the country is currently experiencing.

“The best tribute that can be made to doctor Alfonsín is by demonstrating that we are capable of constructing a united Argentina like the one he dreamed about, with solid institutions and public policies that improve people’s lives,” he said. “Together we can find ourselves in a vision of the long-term and a collective construction in which, despite differences and daily difficulties, we keep our focus in creating a state that serves the people.”

Argentina is a country with a turbulent history tarnished with violence, economic recession and dictatorships, and remembering days such as these, Argentinians can be proud of how far the country has come.