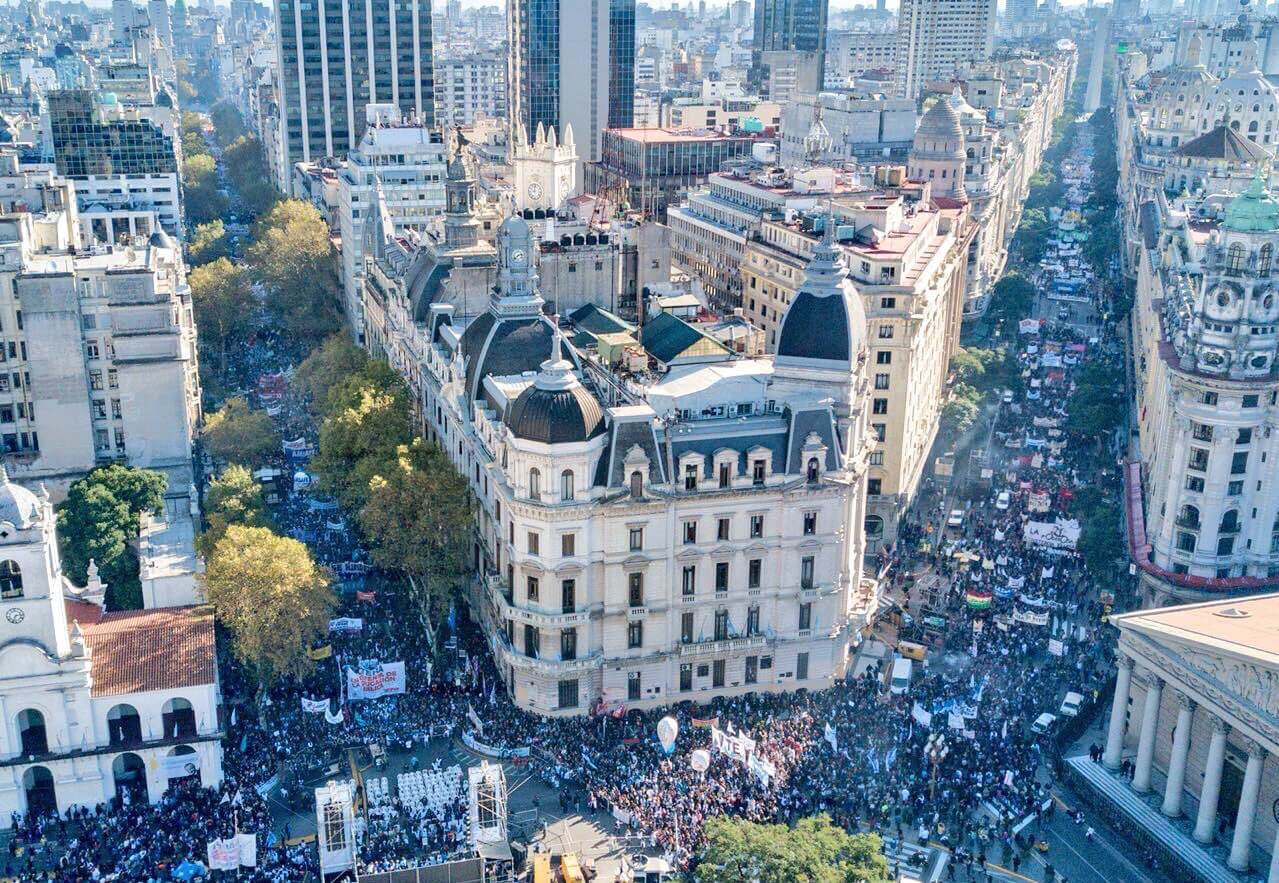 Teachers from all over the country joined the Federal Education March in Buenos Aires Wednesday to demand better salaries.

La Nacion reported that the march started at 10 a.m. in different parts of the city and the groups came together in the Plaza de Mayo at around 12 p.m. From 3 p.m. there have been speeches from different members of educational groups and trade unions which can be followed live on YouTube.

The teachers are calling for national equality and a new educational financing law, as well as refusing the 15% salary ceiling. More people are striking today than yesterday, as the Argentinian Trade Union of Private Teachers (SADoP) joined the march, as well as many of the metro workers who were detained yesterday due to Tuesday’s subte strike.

The amount of teachers striking has been a source of debate over the last couple of days, reported La Nacion. María Eugenia Vidal, the Buenos Aires governor has placed the percentage of schools closed down in the city as 40%, whereas the Federation of Buenos Aires Educators (FEB) cited between 85 and 90%.

La Nacion also reports that with the five-day teacher strike that happened earlier in the month, students have now missed out on six school days. The Vice Director of Culture and Education, Sergio Sciliano, spoke to the Spanish language newspaper about how this should not be tolerated.

“Whether it’s 40% or 90%, neither the government or the trade unions win,” he said. “The march is for political interests which go beyond Buenos Aires equality. Those who are adversely affected are the kids. We are already working on cancelling teacher training days or extending the school calendar in December to make up the days of lost classes.”

As well as better salaries, the march is also protesting against the negotiations Argentina are involved in with the IMF, a decision that has been extremely unpopular with many citizens.