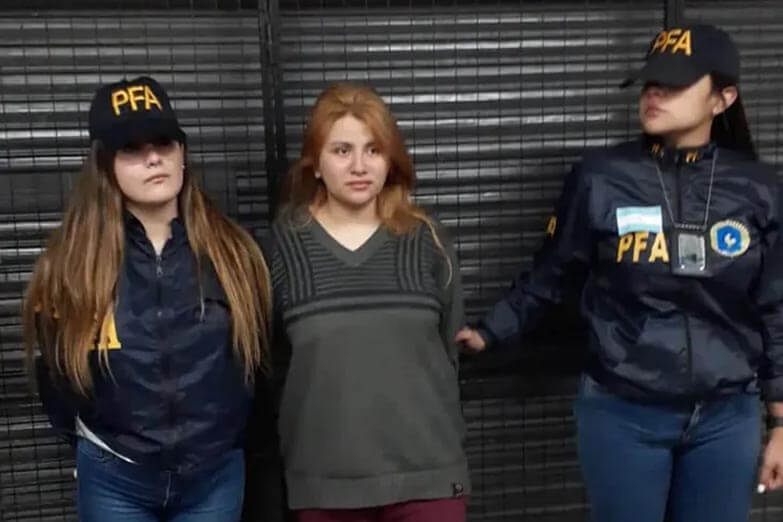 Brenda Uliarte, the girlfriend of Fernando Sabag Montiel, the man arrested for attempting to kill Argentine Vice President Cristina Fernández de Kirchner, was involved in the planning of the attack, according to sources of the Judiciary.

Mrs. Uliarte was arrested the weekend after the attack and her cellphone has been a key piece of the investigation after Mr. Sabag Montiel’s cell phone was  mysteriously erased while in the custody of the authorities.

In a WhatsApp conversation from August 27 recovered from her cellphone, Mrs. Uliarte wrote to Agustina Díaz, a friend of hers who has also been arrested, “Today I become San Martín, I am going to have Cristina killed. I am tired of them speaking and doing nothing. The spirit of San Martín entered my body. That bitch got inside before he could shoot her.”

This recovered chat alludes to a potential previous attempt on the VP’s life a few days before the assasination attempt on September 1 which led to the arrest of Mr. Sabag Montiel. “I sent someone to kill Cristina. It didn’t work out because she went inside,” read another message from the same chat. “I sent a guy to kill Cristi.”

On September 2, the day after the attack, Ms. Díaz asked Mrs. Uliarte, “How did the shot miss? He didn’t practice before or did the adrenaline of the moment make him fail?”

Mrs. Uliarte reportedly deleted some of the replies, but they were talking about getting rid of the device and changing her phone number in case she was arrested.

Now, the Judiciary is investigating their friends to see if someone else had taken part in the planning of the attack. On Wednesday, September 14, Gabriel Carrizo, another friend of theirs and an alleged head of the operation was arrested.

The group has been named “La Banda de los Copitos” by the people and media, as a reference to a cotton candy cart that belonged to Mrs.  Uliarte.

(Both Mrs. Uliarte and Mr. Sabag Montiel had earlier appeared next to Mrs. Uliarte’s cart in a TV interview speaking about their disdain for recipients of social welfare.)