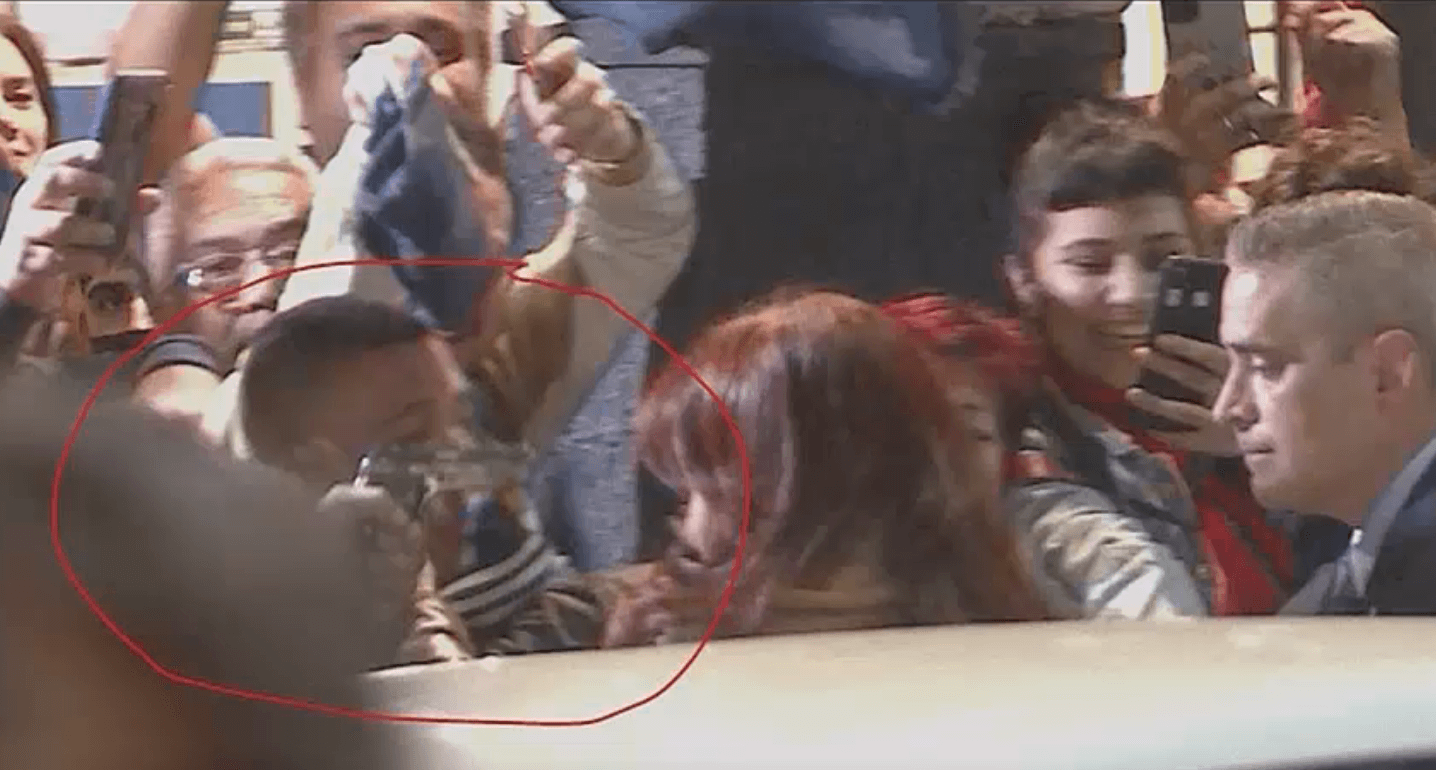 An armed man was arrested after pointing a gun to Vice President Cristina Fernández de Kirchner’s head outside her house on Thursday night, according to a local tv network and social media reports.

The arrested man is Fernando Sabag Montiel, a 35-year-old Brazilian and was carrying a .32 caliber firearm, unconfirmed initial reports say. He has been taken into custody and is supposed to give testimony in the next fews hours.

President Alberto Fernández spoke in national broadcast and said, “A man attempted against the life of the current vice president of the nation, Cristina Fernández de Kirchner. This fact is extremely serious, the most serious that has happened since we have recovered our democracy.”

“The man pointed a firearm at her head and fired the gun. Cristina remains alive because of a reason not yet technically confirmed, the weapon that had five bullets did not fire despite having been triggered,” said President Fernández.

The Minister of Security, Aníbal Fernández, said in talks with local tv network C5N that the arrested man “had a weapon” and that “was aprehended by the bodyguards of the Vice President.” Mr. Fernández also added, “they pulled him aside and found the weapon, now this has to be analyzed by our people to see this person’s true intentions.”

Supporters of the Vice President have been gathering outside of her house in Buenos Aires for twelve days in a row to show their support after prosecutors requested a 12-year-long sentence for alleged corruption.