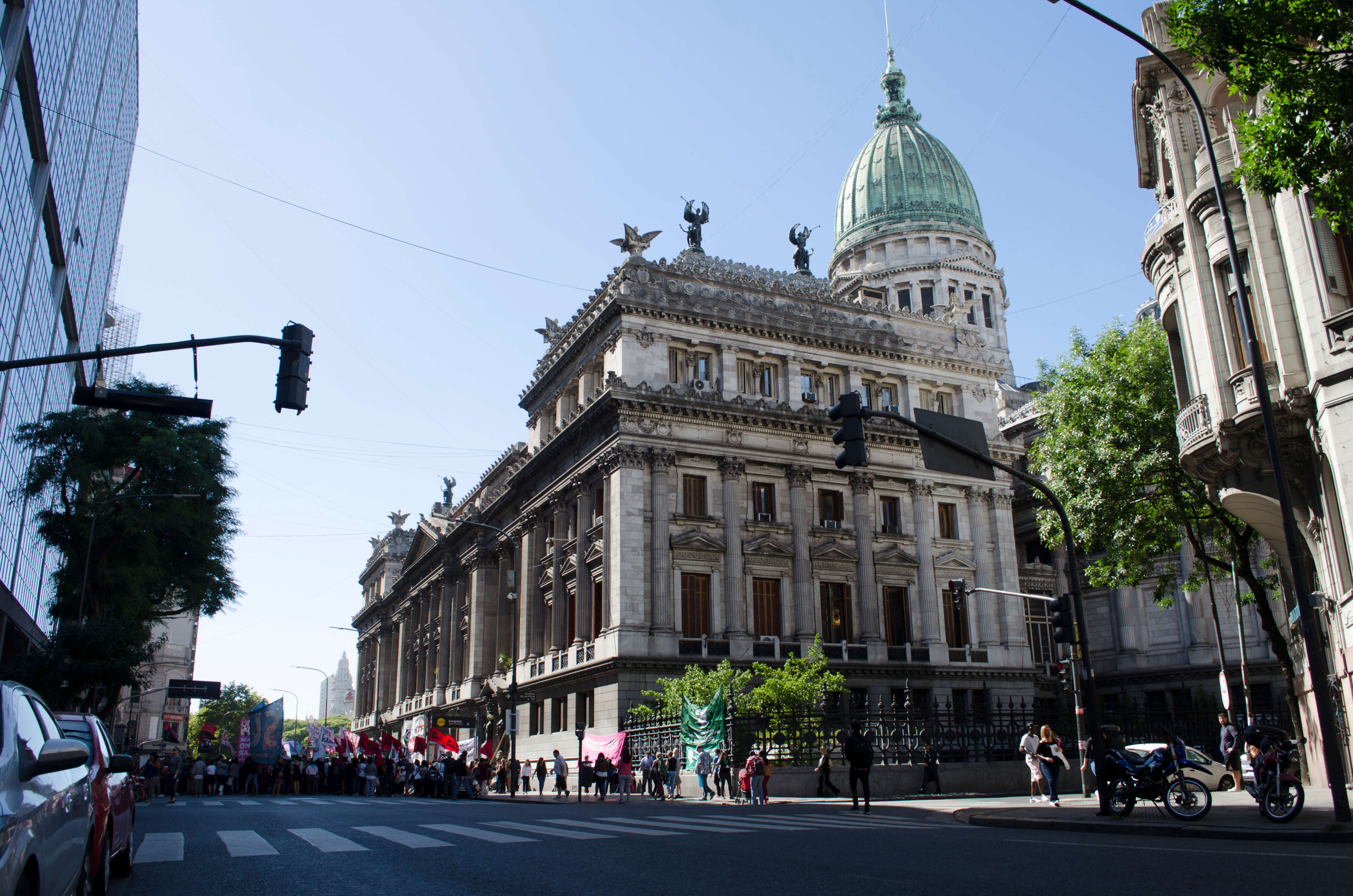 Abortion rights activists in Buenos Aires, Argentina, have been demonstrating their support for a new bill that will be debated over the course of the next few weeks in the Argentinian Chamber of Deputies.

Despite the fact that current President Mauricio Macri is ‘pro-life’, as stated in his annual speech to Congress at the beginning of March, lawmakers are free to make their own decisions on whether women should be allowed terminate a pregnancy in the early weeks.

The new bill is a result of recent movements to defend women’s rights in Argentina, such as the #NiUnaMenos campaign, which first arose in 2015. Such discourse has led to a shift in public opinion and the collaboration of a group of female law-makers.

Last month, for instance, thousands of women across Buenos Aires gathered in protest on International Women’s Day. They wore knickers as masks over their faces in defence of the right to abort.

Ni Una Menos was born out of a desire to raise awareness about femicides and domestic violence. Nevertheless, over time it has become a general rights movement, standing for gender equality, which naturally extends to cover a woman’s right to decide over her own body.

Speaking to the New York Times, 28-year-old activist Andrea Schenk explained the Ni Una Menos standpoint, “Fighting against femicides led us to fight against all forms of violence against women”, estimated to kill one woman every 30 hours. “Not letting us decide over our bodies is a form of violence,” she said.

As a result of this activism, a traditionally conservative Congress has been forced to vote on a bill which could allow women to terminate pregnancy within the first 14 weeks. A positive result would see Argentina join Cuba, Uruguay, Guyana and Mexico as countries which allow abortions under limited circumstances, such as rape or when a mother’s life is in danger.

As opposed to the ‘pro-life’ community, who believe the baby’s life to be afforded the same protections as those of the mother, saving the lives of mothers in desperate circumstances is the principal motivation of those who campaign to legalise abortion. According to NGO researcher Mariana Romero, illegal abortions account for 18% of maternal deaths in Argentina. Amnesty International have also found them to be the main cause of death for pregnant women in 17 out of 24 provinces in Argentina. In 2015 and 2016 alone, at least 98 women died as a result of complications from illegal abortions.

The new bill has been heavily opposed by the Church, something that lawmakers have not taken lightly, given that Pope Francisco I is Argentinian himself. Instead, episcopal bodies have stressed the need to improve sex education in schools as a means of preventing unwanted pregnancies.

Feminist organisations are hopeful that a united group of female lawmakers, comprised of members across various political parties, could be the ones to push this bill through Congress. For now, however, it is uncertain whether they will be successful, due to the current split in Congress over the issue.