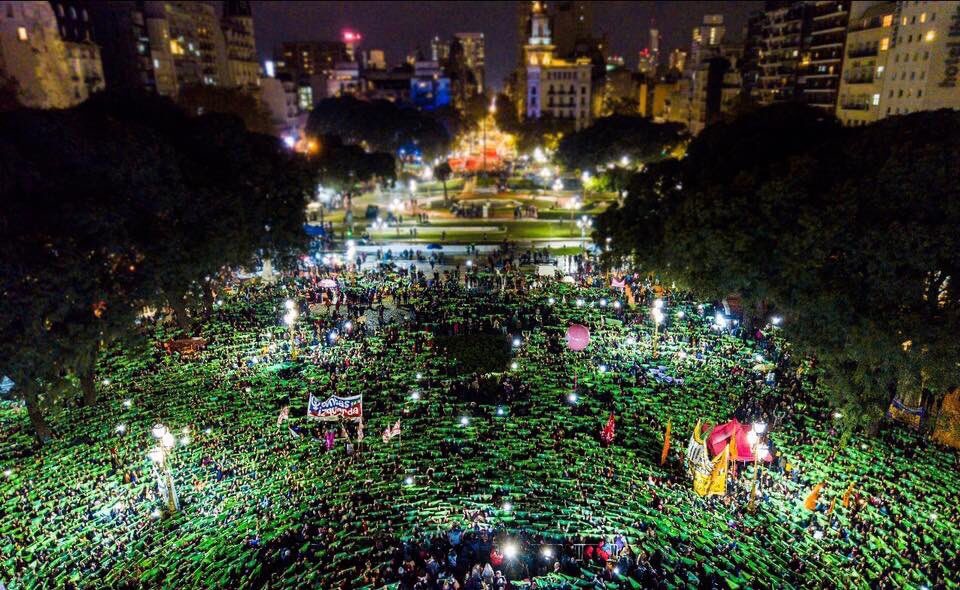 Three years on from the first #NiUnaMenos (not one woman less) march, Argentinian and Uruguayan protestors took to the streets on Monday to fight for the legalisation of abortion and to demand better measures to combat the high rates of femicide in the region.

In previous years the march has demanded equal pay for men and women, and raised awareness of the violence towards women that is rife on the Latin American continent. This year the march was unmistakably bathed in green, the symbolic colour for free, legal and safe abortion.

“This year, the #NiUnaMenos march is unmistakably green,” journalist Mariana Carbajal told El Pais. “It’s a historical moment and members of parliament need to realise that they can’t make decisions on public policies at the same time as imposing their religious and personal beliefs. Today the political cost is not voting in favour of the depenalisation and legalisation of abortion. You can see the huge quantity of teenagers who we’re seeing in the streets marching with green handkerchiefs and demanding an extension of their rights.”

Carbajal was one of the key players in the convocation of the #NiUnaMenos movement in Argentina, and despite some criticisms that the women’s rights march should be kept separate from the demand to legalise abortion, on Twitter she affirmed that “without #AbortoLegalYa (Legal abortion now) there is no #NiUnaMenos.”

Despite the cold and rainy weather, the protestors’ enthusiasm was unabated according to  TeleSur, as they shouted slogans and held their green handkerchiefs in the air.

“Without legal abortion there is no Ni Una Menos! Alive, free and without debt we love ourselves!”