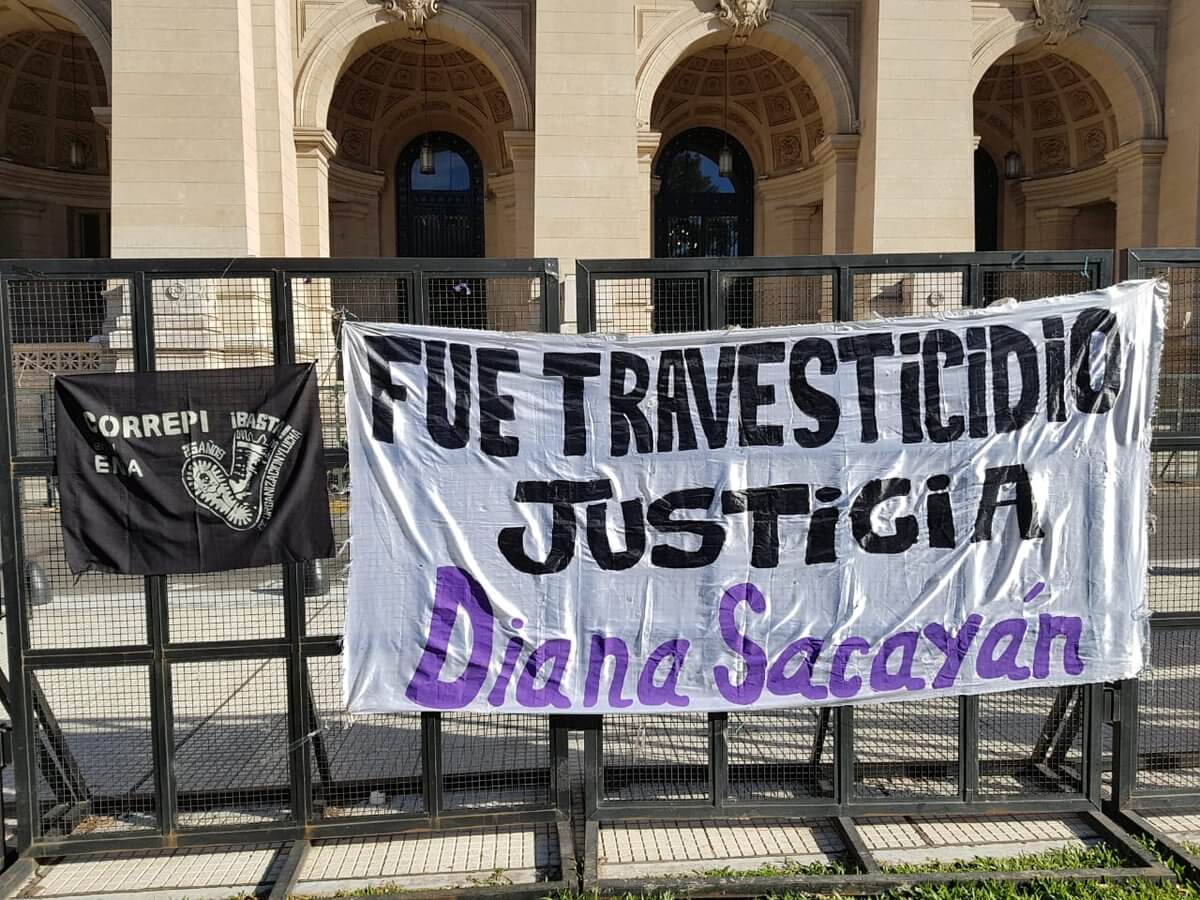 A historic trial has sentenced a man to life imprisonment for travesticidio (murder of a transvestite because of their trans identity). This is the first time in Argentine history that a judicial investigation has recognised the transvestite and the hate crime against individuals within that group.

Diana Sacayán was brutally murdered with 13 stab wounds in her Flores apartment in Buenos Aires in October 2015. Sacayán was an outspoken supporter of LGBT rights, and LatFem affirms that she was the leading voice that propelled laws for gender identity and work quotas, which requires one percent of staff in public administration in Buenos Aires to be transvestites. These laws were approved in September 2015, just a month before her death.

The sentence was declared Monday morning at 9 a.m. after a trial that started on Mar. 12 and lasted three months. The accused, Gabriel David Marino, was found guilty of gender and hate violence against the transvestite community and was given a life sentence  by unanimous decision , reported Agencia Presentes.

Representatives of Sacayán’s family, along with the National Institute against Discrimination, Racism and Xenophobia (INADI) highlighted the importance of this sentence for the LGBT community in a press release reported by Clarin.

“We hope for a historic sentence, that the Court recognises that the murder of Diana was a hate crime and occurred out of prejudice to her transvestite identity, and the Court speaks out for the first time in history about the death of transvestites and recognises that it was a travesticidio,” the statement read.

Sacayán’s case was seen as an important case for violence towards trans women, a crime which is widespread. However, it receives less press attention than violence towards women in general, which has created the widely-accepted term of femicidio or feminicidio, (femicide). However, this case created the hashtag #FueTravesticidio (It was a travesticidio), using the term has raised awareness of the issues trans women face, and gives them the same rights as others, explained Ricardo Kassargian, lawyer for INADI.

“If you kill a father, you talk of parricide, if you kill a son, filicide, a sibling, fraternicide,” explained Kassargian to Clarin.  “Therefore, when somebody kills a transvestite for their condition of being as such, we should talk of travesticidio.”

Sacayán was 39 when she was murdered, 7 years older than the average life expectancy for a trans person in Argentina, which sits at 32 years old. A survey from 2017 reported that 58% of the crimes reported against LGBT individuals were towards transvestites, showing that this is undoubtedly a problem in Argentine society.