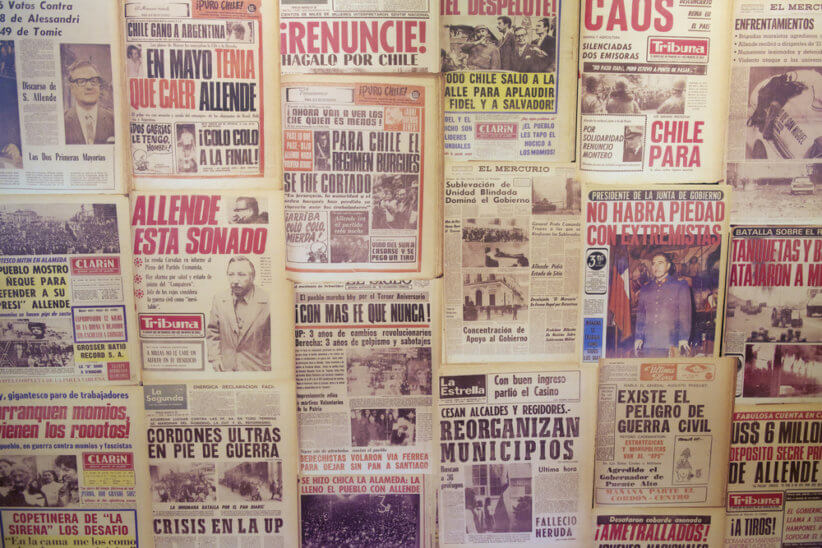 A former Chilean Colonel caught and detained in July in Mar de Plata after being on the run for nearly a year. After authorities found him by tracking the movements of his son, the expectation was that he would bebe extradited to Chile to be brought to trial. However, in an unexpected turn of events, his lawyer is hoping to prevent his client, Sergio Francisco Jara Arancibia, returning to Chile at all.

According to La Tercera, Lawyer Eduardo Sinforiano San Emerito has presented a request of political refuge to the Argentine National Commission of Refugees on behalf of Jara Arancibia, stating that his client “has been and still is experiencing political persecution in his own country.”

Jara Arancibia is accused of killing two left-wing militants and a doctor opposed to Pinochet’s regime on Dec. 13, 1973. El Mostrador explained that the official version of crime was that the three men had been detained and were being transferred to a prison. However, the vehicle transporting them broke down 60 metres from the penitentiary, forcing them to proceed on foot, where one of the detainees attempted to take advantage of the situation to flee, but the three men ended up losing their lives.

However, Jara Arancibia’s lawyers, both in Chile and Argentina, maintain his innocence, stating that “[Jara Ancibia] was judged in clear violation of the laws in force at the time of the crime which caused him to be falsely accused and sentenced.” His Chilean lawyer, Raúl Meza, added that his crime was political, and an “act that was carried out for political causes and altruistic and patriotic motivations with the aim to protect the government.”

This is the first time that a member of the military accused of crimes against humanity has sought political refuge in another country, and Meza commends Jara Arancibia for his “bravery” in doing so.

“My client does not want to return [to Chile] to face Chilean justice because he believes… that he will not be guaranteed a fair trial, an impartial judge and an appropriate defense,” Meza said. “Especially considering that in his case, he was sentenced for a simple presumption founded on his participation in a homicide that he never committed and during the judicial process not a single piece of direct evidence was ever recognised to support the accusation.”

San Emerito also stated that he was waiting for a reply from an appeal he had presented before the InterAmerican Court of Human Rights. He hopes to both gain political refugee status for his client as well as cancelling the currently ongoing extradition process.

These events place into sharp relief the recent Cadena survey that revealed 85 percent of Chileans believe that members of the military still have pacts of silence to protect members who were involved in human rights violations. The study also shows that 75 percent of the population believes that Chile is not yet reconciled with its bloody past, 45 years on from the military coup on Sept. 11 1973 in which Pinochet led a dictatorship, torturing and killing opponents and removing all freedom of the press.

Cecilia Heyder, a human rights activist and daughter of a military member who was assassinated during Pinochet’s dictatorship, was shocked by this news and told La Tercera that she “never” thought that “we would suffer such a setback for human rights.”

As yet there has been no response from Argentina’s National Commission of Refugees as to whether Jara Arancibia will be granted the asylum he and his lawyers have requested.