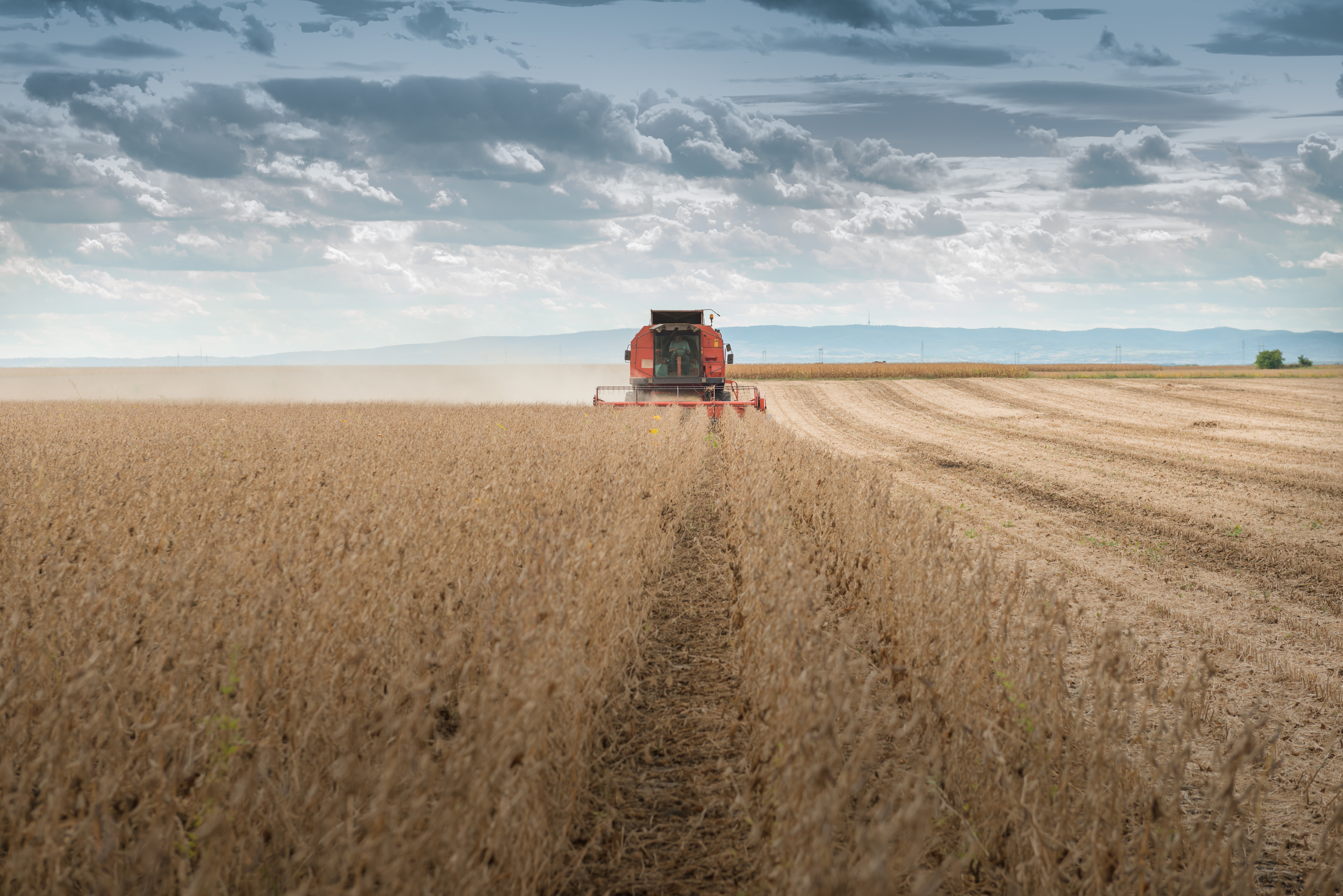 The Gran Chaco plains span across a vast swathe of South America, the lion’s share of which sits in Argentina as well as spilling over into Bolivia and Paraguay on the country’s north-western border. An incredibly diverse landscape, the area is home to around 3,400 plant species, 500 birds, 150 mammals and 220 reptiles and amphibian species. However, mass deforestation primarily caused by soybean production is putting the entire region at risk, and even making millions of people around the world inadvertent complices.

Heightened global demand for the soybean, which is primarily used in agro-fuels and livestock feed, has caused a huge rise in the deforestation and creation of agricultural land on the Gran Chaco’s primary forest. Of an area spanning 110 million hectares, 8 million of those were destroyed between 2000 and 2012 to grow the crop.

The Gran Chaco has a dry, arid climate, and has traditionally been seen as an undesirable location for agriculture. However, due to advances in technology, fertilisers and other man-made products have allowed for the mass production of soybeans in the region, heightened only further by the huge global conglomerates who profit from the humble bean.

Overuse of a land which is already poor in nutrients has devastating effects on the soil itself, stripping it of nourishment and lowering the water table even further, something which endangers both the flora and fauna and the livelihoods of  indigenous people in the region. Due to the aggressive nature of the production, diminishing nutrients and water will render the land useless, and production will have to be moved elsewhere, leaving a barren landscape where nothing can grow. 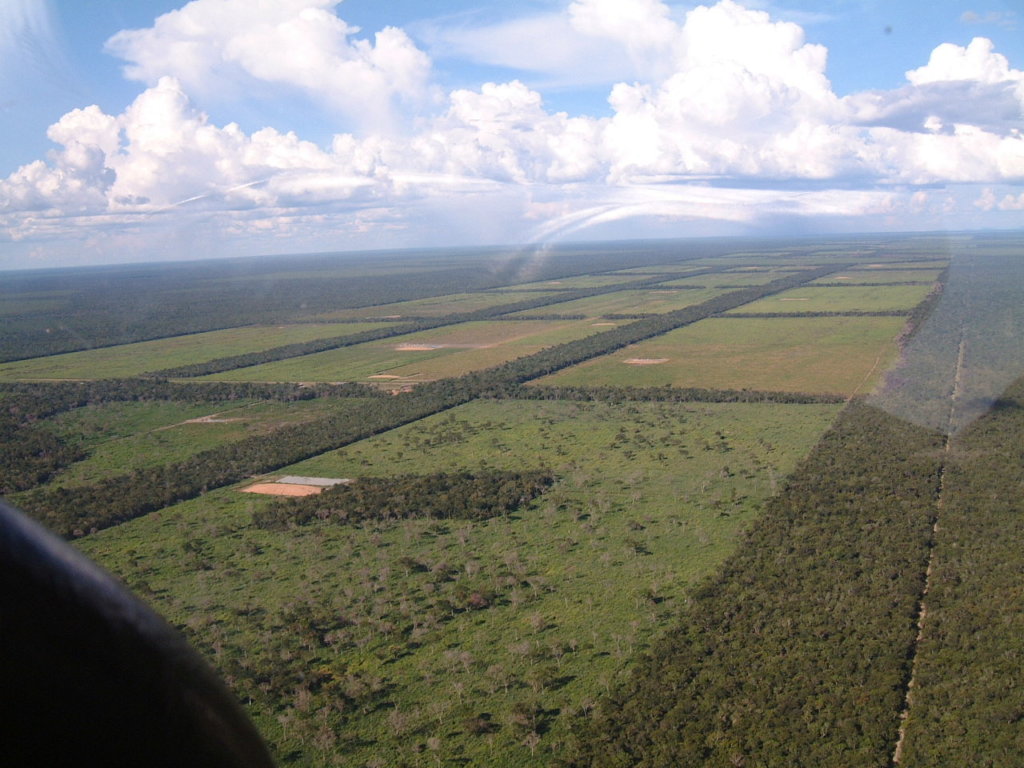 Argentina is the world’s third-largest producer of soybean, and its struggling economy relies heavily on the crop – in May this year, the country lost over 7 billion US dollars due to a drought which affected the soybean harvest. The soybean and its derivatives are exported across the world and used in agrofuels and livestock feed.

The fact that Argentine soybean is used in European livestock feed causes an issue in transparency with consumers being misled into buying what they believe is locally-grown, environmentally-friendly meat. If animals are grown locally, the food labelling publicises this fact, without explaining that the food given to the animals comes directly from a crop that is one of the prime causes of deforestation. Large companies such as McDonalds, who have vowed to remove deforestation from its food chain, also breezes over where the fodder for their burgers comes from.

However, this isn’t entirely their fault. Unlike crops produced in the Amazon forest, which have regulations that make it clear where the product came from, Argentina remains decidedly opaque in this area.

“There is no legal requirement for companies to document the geographic origin of their soya bean or provide evidence that it has been produced legally,” US-based NGO Mighty Earth said in a reported named ‘The Avoidable Crisis,’ which was published this year. “As such, it is currently impossible for European companies that source from these traders to ensure that the soya bean they are buying has not been produced through deforestation.”

The consequences of such deforestation are countless. The Guardian reported that the traditional gaucho-style cattle farming in the area has all but disappeared, making way for mechanised-large scale soybean production and turning what was an already poorly populated area into a ghost land of dust and machines.

The Wichí are the indigenous people that live in the Gran Chaco region, and they have seen their land, houses and agricultural areas destroyed, which can lead to malnutrition, diseases and death. Often, this is carried out by groups who may not even be legally functioning in the area. 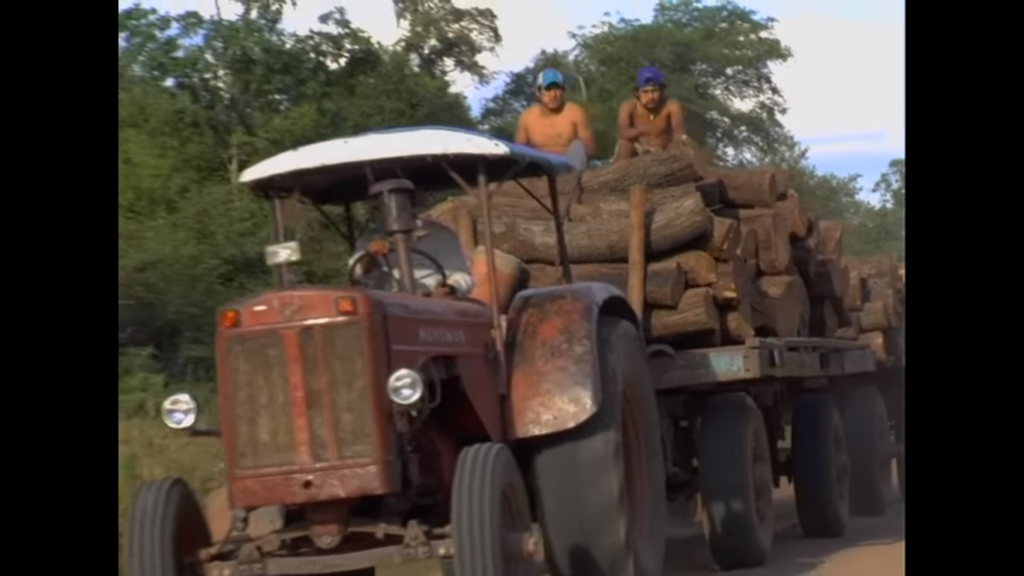 “Sometimes the lorries come at night, I don’t know how but they work at night, lighting everything up with their floodlights,” a member of the Wichí tribe told REDAF, the agro-forest network in Chaco. “They take the wood, and the next day they come back, it’s a robbery. We want them to stop because if they don’t the forest is going to end, and our children too, they won’t have the forest. After if we die they’re going to say “no, but look, just old people, no.” People are moving away at the same rate that they’re increasing deforestation.”

News outlet Pagina 12 revealed back in 2008 that between 1994 and December of 2007, Chaco lost 80% of public land, and highlighted the fact that at least half of this was illegal and ended up in the hands of unknown parties.

The companies cutting down the forests are also known to strike up deals with the indigenous group, indigenous rights lawyer Ana Alvarez told The Guardian.

“What producers have done to get around the forest law is obtain written statements from community chiefs agreeing to deforestation in exchange for houses and water deliveries,” she explained. “These statements, often signed with a thumbprint by Wichís who cannot read or write Spanish, are then used by landowners to obtain deforestation permits from the province.” 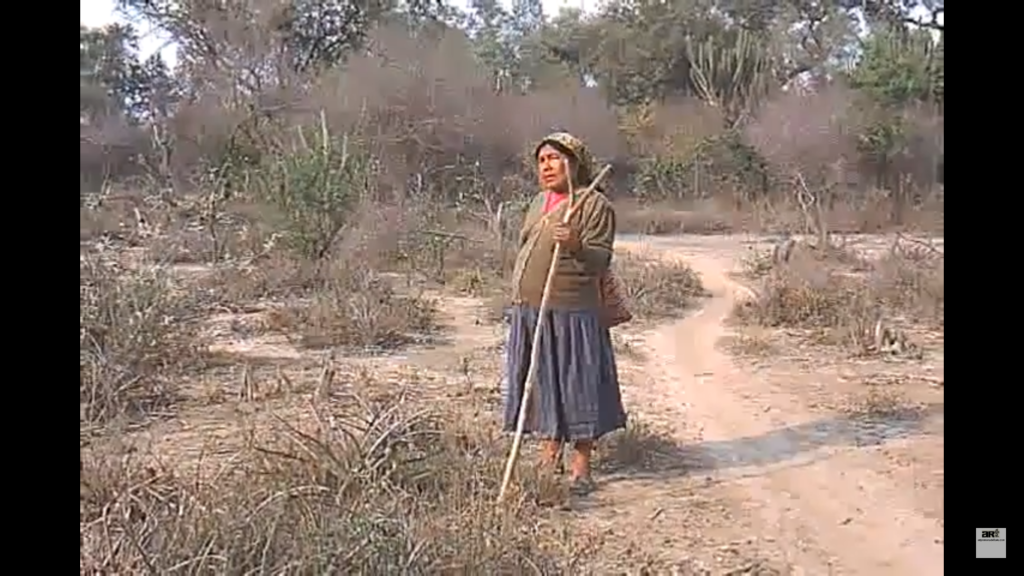 There have been attempts at a governmental level to slow down the destruction of the Gran Chaco area, with a ‘Forest Law’ put in place labelling areas of land as red (untouchable), yellow (mixed use) and green (available for deforestation). However, this law has been more paper than action, and Greenpeace have highlighted various cases in which the regulations were breached.

Although seemingly irresponsible, it is easy to understand why the country has consistently turned a blind eye to this practice. The economic crisis has caused waves across the country, with a staggering 50 percent devaluation of the peso and a drastic jump in inflation causing President Mauricio Macri’s administration to resort to taking out a 57 billion US dollar loan from the IMF, the largest in history. With austerity cuts and public spending being acutely reduced, the country is relying on a bumper 2019 crop to boost them out of the slump.

Another element that allows the deforestation to carry on unchecked is the level of impunity associated with destroying protected areas of land. If discovered (which, in such an isolated area isn’t always likely), the authorities impose a small fine, which isn’t large enough to dissuade companies that will see a huge profit margin from the crops.

“The fines are no deterrent at all, producers just factor them in as another cost,” Greenpeace campaigner Noemí Cruz told The Guardian.

Governmental corruption, the extent of which has recently been exposed through various cases that have shocked the country, could also be labelled as a factor, where money and influence have more sway than congressionally-elected laws.

The mass deforestation happening in Argentina is not just affecting the country itself, but has implications across the world, as the untraceability of Argentina’s soybeans result in consumers buying products they believe are good for the environment, when in actual fact that could be directly supporting deforestation and the destruction of indigenous lands.