The Falklands War 36 years on 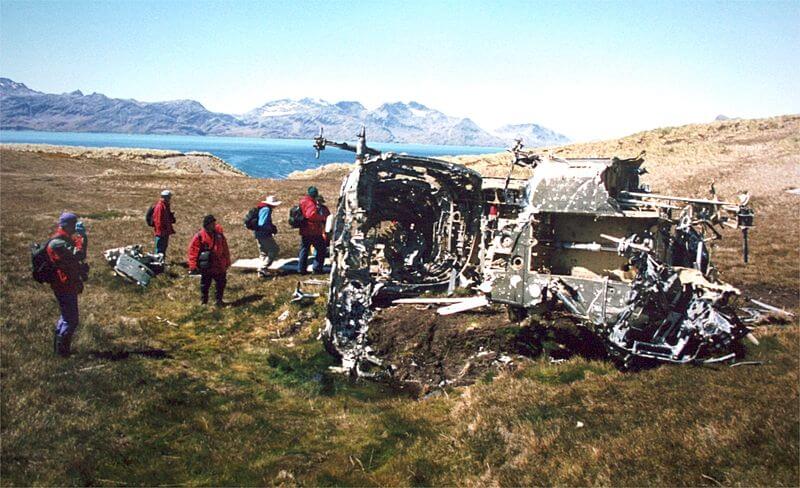 April 2nd marked the 36th anniversary of The Falklands War, or Guerra de las Malvinas, or Guerra del Atlántico Sur. In 1982, Argentina and the UK engaged in a ten-week war over the Falkland Islands.

It started when Argentina, which is at a distance of 300 miles from the Falkland Islands, invaded the islands claiming that they should be a part of Argentina. The British government retaliated with a naval fleet and an amphibious assault. After 74 days of engagement, Argentina surrendered, so that the islands now remain under British control. Reportedly, 649 military personnel from Argentina, 255 of British, and 3 Falkland Islanders died during the war.

The 3,000-strong population of the Falkland Islands comprises predominantly of descendants of British settlers, which is why in the official vote conducted in 2013, a majority chose to remain with the UK, which the UK believes gave them the mandate to continue their control over the islands. Argentina, on the other hand, claims that the islands should fall under its territory since its independence from Spain in 1816.

Historically, the Falkland Islands became a part of the world map at least five hundred years ago, when European explorers found it uninhabited. Colonization of the islands started in 1764, when France founded its colony there. In 1765, the islands came to Britain when a British captain claimed them. In 1770, Britain and Spain almost had a war when the Spanish arrived in the islands from Argentina with a fleet and soldiers. However, the British withdrew, and Spain supervised the islands from Montevideo until 1811, after which the Spanish too were forced to withdraw because of other priorities. In 1833, the British returned to the islands, and have occupied them since, except for the Falkland Wars of 1982.

So why did this war even start? During the early 1980s, Argentina had a military junta leadership, headed by General Leopoldo Galtieri. The leadership had been losing popularity and had had to deal with civil unrest because of a deteriorating economy. This put them in a position where they needed something in their favor to swing the vote to their side. Invading the Falkland Islands was expected to be a victory that could bring the Argentinian people together. The islands were after all only known for sheep farming and at times military training exercises. The plan, however backfired and after the war, when riots broke out in Argentina, the junta government fell. Meanwhile, Margaret Thatcher’s government gathered popularity in the UK, leading to a majority win in the 1983 elections.

The Falklands War is what put the sleepy archipelago in the news. In fact, the war has led to its portrayal in popular culture. In 1984, came the first Argentine movie about the war called ‘Los chicos de la guerra’ (The Boys of the War). BBC aired a drama called ‘Tumbledown’ in 1988, a story of a British soldier paralyzed by a bullet. Stephen King’s novella, ‘The Langoliers’, was set during the Falklands War. There were also non-fictional accounts of the war, among which Max Hastings and Simon Jenkins’ ‘The Battle for the Falklands’ is most famous. There have even been computer games, such as Harrier Attack, created in 1983, and the naval strategy game Strike Fleet, created in 1987.

A Spanish poem by the Argentine writer Jorge Luis Borges called ‘Juan López y John Ward’ came out in 1985. The poem is about two soldiers, one from each side. Borges is famously known to refer to the conflict as “two bald men fighting over a comb”.

Salvador Oria’s ‘Elegy for the Argentine Dead Boys, in the South Atlantic’ is also well known. The war has also been mentioned in the songs of Captain Sensible, as well as the Argentine punk-rock band Los Violadores’ song ‘Comunicado #166’, and the British heavy metal band Iron Maiden’s song called ‘Como Estais Amigos’.

Today, the UK and Argentina have agreed to collaborate regarding commercialization of the resources of the island, such as oil, gas, and shipping. Still, the controversy around the islands’ sovereignty still remains. On April 2nd, President Mauricio Macri met the family members of the soldiers who died at the Falklands War and promised Argentina’s continued struggle for claiming the islands.

MercoPress quoted him, “We still have a task ahead, it is important that we continue with the task of healing and reparation. Our dream is stronger than ever, we will continue to claim what we believe is legitimate, and that is sovereignty over the Islands.”