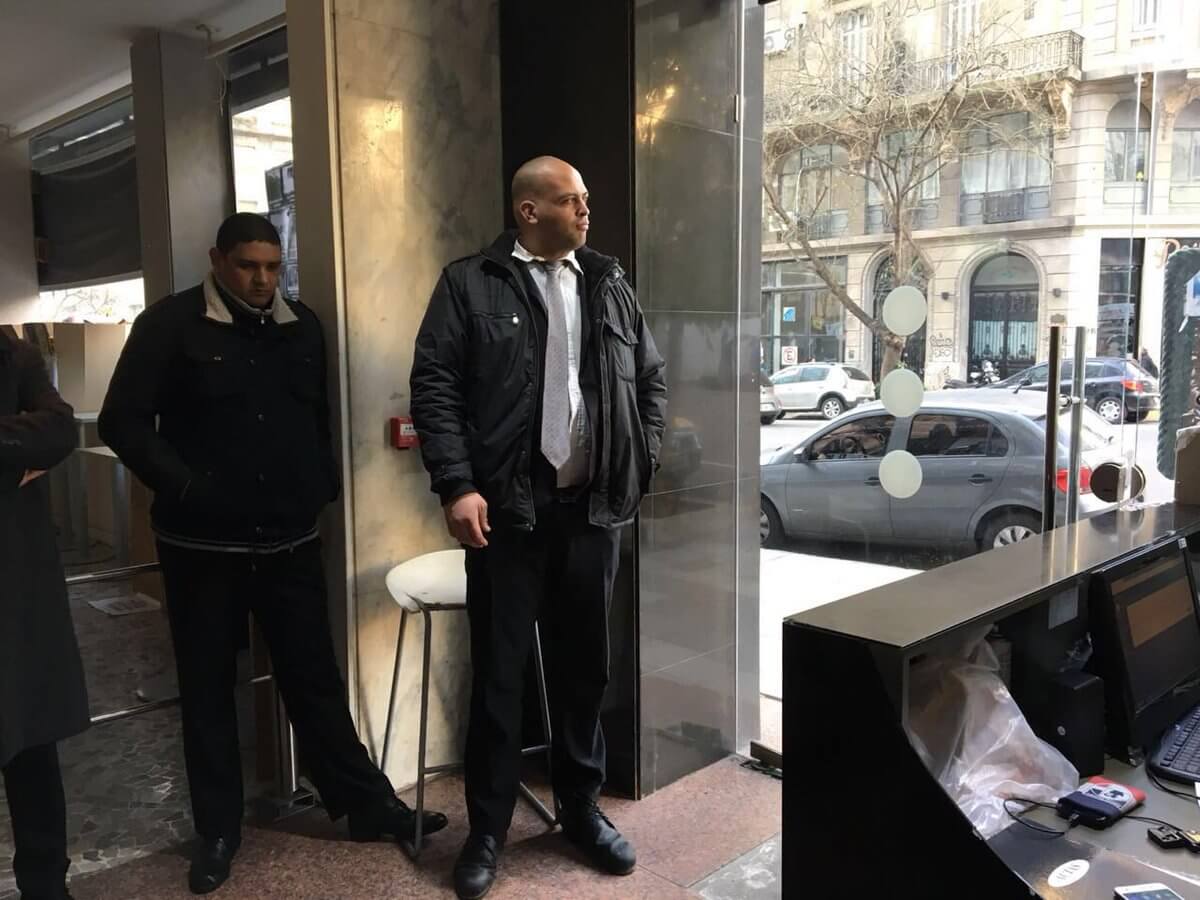 On day 51 of media organisation Telam’s protest against the mass lay-off of 357 workers, they found security forces waiting outside their building to prevent them getting in. The workers have been peacefully occupying Telam’s two headquarter buildings in protest against the job losses, which they define as unwarranted and illegal.

Head of the Federal Media, Hernan Lombardi, still justifies the firings and Telam tweeted that he was behind the unexpected  security presence this morning. Despite this, the Telam protestors still managed to get into the building.

“Despite the bouncers that Hernan Lombardi sent and the verbal threats, the Telam workers organised themselves, got together and managed to get into their workplace. We start day 51 with a new collective victory.”

This comes just one day after Lombardi attended a meeting at the Senate to justify his decision, and he reported that there was “a strong ambience of hostility and threats” in the occupation of the buildings.

“The extremely low productivity and the level of absenteeism cannot hold out in comparison with any international agency,” Lombardi explained, and Rodolfo Pouzá, who accompanied him at the meeting, justified the decision to fire the workers, and spoke of the current situation as an “exaggerated organisation that puts the future of the agency at risk.”

Tuesday also saw Judge Ricardo Tatarsky from Trabajo 22 in Buenos Aires order that 12 Telam workers should be given back their jobs, as well as requesting the Ministry of Work to bring the two parties to a compulsory agreement. Tatarsky maintained that the loss of jobs was against labour rights and had been carried out for political reasons.

However, Lombardi highlighted at the Senate the “total and immediate compensation pay” he provided to the workers who had been laid off and reiterated that “we took measures that correspond with the law.”

The Telam media agency site is “temporarily limited due to trade-union services,” and no articles have been published since June 26 in response to the job losses.