Struggling small and medium-sized businesses turn to Macri for help 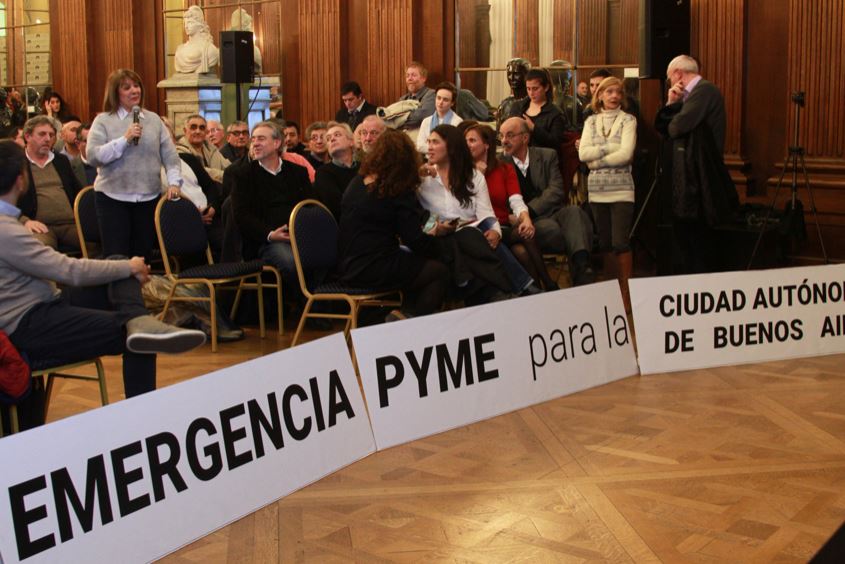 The ongoing currency crisis, which has seen the peso fluctuate considerably against the US dollar over the past few years, has stunted buying and selling decisions across the country.

Despite the recent introduction of a buffer-inducing ‘floating currency,’ financial instabilities in Argentina have hit record levels over the last few months, which has largely impacted the country’s smaller-sized businesses.

“We need to overcome the difficulties produced by high inflation and interest rates that are setting us back in regional economies,” emphasised CAME regional economy president Eduardo Rodríguez, speaking to Clarín.

Besides the difficulties that small enterprises already face financing themselves, currency instabilities mean that it is increasingly difficult for smaller companies to access credit facility. In fact, only 10% of small and medium-sized businesses in Argentina have access to the funding they need, placing business security severely at risk.

Economists at the Argentine daily El Cronista warn that economic deceleration will mean that this year’s overall economic growth could end up at a rate of less than 1%, according to a revised growth projection by the IMF.

Journalists at the newspaper also warned that the Argentine economy risks entering a state of ‘stagflation.’ In other words, a point at which levels of growth remain so low and inflation so high that the economy becomes stagnant which can be a very difficult stage to get out of.

In the context of an economy that hasn’t grown since 2011 and in which inflation rates currently sit at around 40%, complaints of a lack of labour law reform and President Macri’s widespread cuts are being heard louder than ever.

Speaking to Clarín, president of Argentina’s chamber of commerce Claudia Fernandez also confirmed that businesses “are seeking government support in order to get out of this stoppage in activity.”

However, hope is on the horizon for startups and small businesses in Argentina as President Macri has agreed to the formation of a new Ley Pyme project which aims to encourage “growth and competitivity in Argentine companies,” say CAME representatives.

Approved in 2016, Ley Pyme is a law that was designed to reactivate the economy and generate a boost in employment for small and medium-sized businesses.

In line with article 10 of the current law, President Macri has also recently promised to increase productive investments to 29% via Banco Nación, in order to generate incentives to increase investments in tourism.

The government hopes that these measures will support SMEs throughout the current economic and financial crisis.