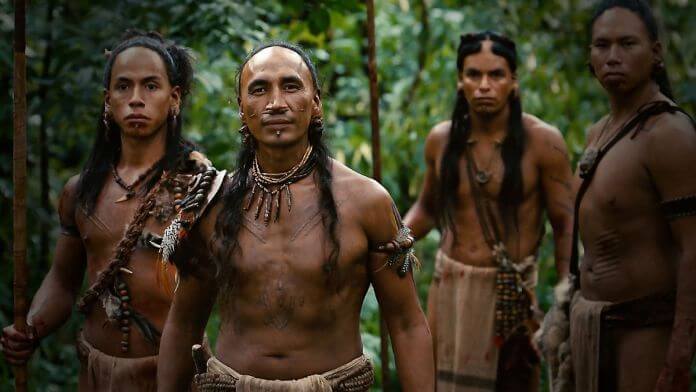 The question of migrations–that of how ancient peoples moved from one region to another–had previously been the dominion of archeologists and linguists. However, as a result of rapidly advancing technology, the science of ancient DNA is making bold statements of where our ancestors settled and where they moved on to. One of the lead authors of a new paper about the peopling of South America, Nathan Nakatsuka, spoke to The Bogotá Post on the important findings of the study and the extraordinary potential for this new science.

A cross-border, multi-disciplinary study has revealed new insights into the story of the earliest migrants into South America. Using powerful new techniques in DNA analysis, the group of researchers were able to unlock the genetic code of 49 ancient remains that live as many as 11,000 years ago to add another chapter to the story of how South America was peopled.

Published in the journal Cell, the study attempts to give greater clarity on the genetics of the earliest settlers in South America. The study has a vast number of authors ranging from archaeologists that uncovered ancient remains to the analysts of the DNA itself. They extracted small amounts of DNA from bone samples and return the remains back to the archaeologists.

“Very little is known about the migrations that took place into the Americas as compared with Europe or Asia,” Nathan Nakatsuka told The Bogotá Post about how this nascent technology could provide answers to the question of who the earliest settlers were in South America. Nakatsuka is a PhD student at the David Reich Lab at Harvard Medical School and was one of the lead authors on the study.

It remains unclear as to what genetic admixture took place between these two populations– named ANC-A and ANC-B–but this study did show that the ANC-A population were likely the pioneers into South America as their genes were found in ancient remains throughout the continent. “Our paper suggests that all the samples that we have [from South America] have very limited amounts of ANC-B in them,” Nakatsuka said.

One of the study’s key findings was the likelihood of individuals associated with Clovis culture being among the first to populate South America. The Clovis Complex in archeology refers to a period characterised by projectile points, or “spear tips”, precise and powerful enough to hunt mammoths that were used by the people that were living in North America around 13,000 years ago.

The most famous example of a Clovis-associated individual was the ancient remains of a baby boy found in a farm in Montana at a burial site that was in the vicinity of Clovis artifacts. The boy was unceremoniously named Anzick-1 as his remains were found on the Anzick family ranch. The remains were around 12,800 years old, making him the oldest and most important fully-sequenced individual in the Americas.

Interestingly, the ancient remains of individuals in Belize, Brazil and Chile all showed a strong genetic correspondence to Anzick-1, suggesting that the people of the Clovis culture, after having populated North America, also pushed on to expand into Central and South America.

It was also shown that, despite this initial expansion, around 9,000 years ago Clovis-associated individuals were “almost completely replaced” by a population that now resembles modern day indigenous individuals in South America. This stretch of nine millenia of continuous lineage is unheard of in corresponding migrations elsewhere in the world.

One major bone of contention among archeologists as it relates to the Americas involves the fossil records of the Lapa do Santo region in Brazil where the shape of skull remains correspond more with individuals from Africa or Melanesia rather than with other Native Americans at later time points. “A previous study had found a signal of genetic ancestry in some present day Amazonian groups that had a specific affinity to present day indigenous Australian and Melanesian groups,” Nakatsuka said, which suggested that the genetic ancestry is from a different migration from Asia. “This genetic signal, termed “Population Y” ancestry, was thought to be potentially an explanation for the different skull morphologies found in some ancient Native Americans.”

However, Nakatsuka told us that the ancient-DNA results suggest that the Lapa do Santo individuals are not genetically more closely related to any group outside of the Americas (e.g. from Melanesia or Australia) relative to the other ancient indigenous individuals with different skull morphology.

“It’s possible that the Paleo-american skull morphology was either due to environment or it could have been associated with the fact that these Lagoa Santa individuals were Clovis Ancestry and were later replaced with another ancestry. But there doesn’t seem to be a very obvious connection right now between the genetics and the skull morphologies.”

Another intriguing mystery tossed up by the study was a possible genetic link between ancient individuals found in the Channel Islands off the coast of California and a population found in the the Southern Peruvian Andes around 4,200 years ago.

The California Channel Islands have some of the oldest paleontological sites in the Americas and the researchers postulate that the population didn’t directly migrate to the Peruvian Andes but, instead, may have migrated thousands of years earlier and there just haven’t been any other individuals found with shared genetic material. A population explosion around 5000 years ago in the Andes may be one reason that this ancestry has been detected at such a late stage.

The question of how humans spread across the world has been one that has focused the attentions of archeologists (who attend to the fossil and artifact record), linguists (that study the spread and evolution of languages) and geneticists (who  have now begun to tell that story through ancient-DNA samples).

“The sequencing technologies have increasingly gotten better to the point that they’re able to capture specific sequences of the genome to enrich for ancient human DNA.” Nakatsuka said, “Previous techniques didn’t allow you to get a sequence of the entire genome for very old ancient humans.”

The technology has also gotten better at extracting DNA from remains that may not necessarily be in highland, dry and cold caves; as suggested by the remains found in tropical Belize. They are also increasingly able to get DNA from older samples.

This doesn’t mean, however, that major questions can be answered with small numbers of individuals and the story still needs much more evidence from various other regions of South America and different time periods to get a more complete picture.

Researchers are also yet to find remains in Colombia but Nakatsuka is confident that they’ll be sequencing genomes from the country soon. “It’s such an important region for migration into the Americas because of it being at the very top of South America and there has been a lot of changes there over time.”

Bringing up the bodies

The analysis of migrations via ancient DNA promises much but doesn’t come without its ethical barriers; namely that the bodies are often excavated on sacred territory and involve cultural sensitivities to indigenous populations when extracting genetic material from buried corpses.

Recently, in response to an article critical of the new science of ancient DNA, David Reich himself responded that the issue of “how to handle ancient remains ethically and in a way that preserves them for future generations” remains an important issue in the field.

Nakatsuka, who was part of the Summer Internship for Indigenous Peoples in Genomics (SING) and worked with them on two recently published papers on the topic, emphasised how important these ethical considerations were in ensuring indigenous people’s rights and that their beliefs are also respected in the process of unearthing ancient remains.

“Scientists have to engage with the science in an ethical way and make an attempt to engage with local communities when possible. We really wanted to make sure our findings were communicated to the communities and that the bones are dug up in a sensitive way.”

Don’t mess with my kids: Why Argentina still doesn’t have comprehensive sex education