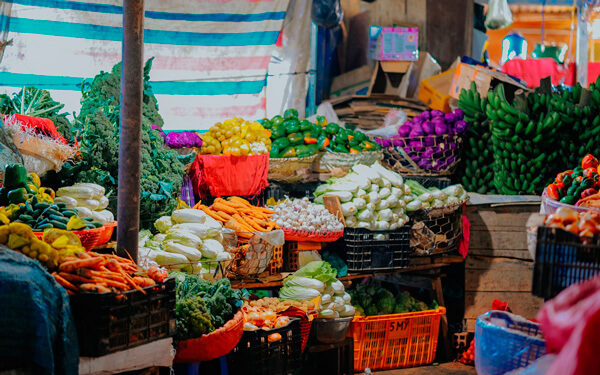 As Mauricio Macri and his government are holding their ground against national protests, fluctuating currency rates and a staff upheaval at the Central Bank, Argentina’s communities are taking matters into their own hands.

Just as during the economic crisis of 2001, when rising inflation rates and Argentina defaulting on their IMF loan caused thousands of Argentines to fall into poverty, citizens are rallying together to prove that money isn’t actually everything. There has been a rise in barter markets, where people can trade their goods for food or other products that they need, without needing to use money.

In 2001, the barter market was so extensive that it prompted TIME magazine to write an article entitled ‘Argentina; The post-money economy,’ which explained that the barter culture had gone so far that some municipal governments were accepting chickens and eggs as tax, which were then used to feed poor families.

17 years later, there has been a resurgence in moneyless trading but now, predictably, much of the process is managed through social media. A single Facebook group for an area in Buenos Aires has over 28,000 members and more than 6,300 posts a month. The members pre-organise what they want to exchange on social media, then meet up at an arranged time to hand over the goods in person, calling out the name of their contact to locate them.

Reuters stated that the groups create reference points to decide the value of certain products. One kilogramme of flour serves as a reference point, worth around 30 pesos and equating to one ‘point.’ A pair of jeans could be worth three bags of flour, and a bottle of sunflower just two.

The news group also highlighted that the Argentine government stated that 5,000 small and medium-sized businesses have shut down in the last two years. Added to this around 20% of Argentines work off the books, meaning they have no trade unions to ensure their pay rises with inflation and they are constantly dogged by the fear of losing their job. Along with the rise in utility bills which Macri has implemented to help the government get some money back in the coffers, there is an increasing number of the population in need of these barter markets.

However, it is not all doom, gloom and financial despair. La Nacion spoke to Jimena ‘China’ Rodríguez, who is responsible for Communications in the Comunidad del Trueque (Bartering community) online space, and believes that exchanging goods allows us to see the world in a whole new light.

“What is happening on social media reflects a larger awareness that leads us to question our manner of consumption, which has been up to now compulsive and competitive,” Rodríguez explained. “The collaborative economy, where bartering is one of the alternatives, is showing us that mutual benefit is both simple and possible.”

BioEcon co-founder Rubén Ravera agrees. BioEcon is a site that promotes an “economic practice without money,” with a community that labels itself as prosumidores, a mixture between producers and consumers. Ravera thinks that the rise of bartering markets shouldn’t be seen in purely a negative light.

“I don’t agree when people equate that bartering is exclusively an economic response when faced with a crisis,” he said. “If you do your bit, it’s about a wider change in the way we think about economy.”

This may be the start of a utopic currency-free society, but there are also negative aspects to be considered within this revived trend. Enorsai reported that an illegal bartering market has developed for medicines in exchange for food. Despite the illegality of the process, there are rules in place that ban the bartering of tranquilisers and there is a five-product maximum. The most commonly-exchanged medicines are those to reduce fever and antibiotics, and the need arose due to the poor state of the health centres in the country.

“You go to the health centre in Laferrere and there are no doctors, not even a paediatrician,” explained one of the founders of the Laferrere Trueque sin Dinero (Barter without money) group, adding that in many hospitals they don’t even have basic medicines such as ibuprofen.

However, in 2001 when this was commonplace, there was a rise in the more worrying tendency to exchange false medicines, which could have serious consequences. This could start occurring in current bartering groups as there is no product regulation.

It is not difficult to understand why Argentines, with the memory of previous economic crises still fresh, are already turning to cash-free measures to acquire their basic necessities.

The Economist places Argentina on ‘a rocky road’ with recession around the corner. This year the peso has lost a third of its value, utility bills have been hiked and inflation is running at 26%, down from May’s 40% in an attempt to raise the value of the peso, and people are starting to struggle to make ends meet.

President Macri is also struggling against a population that is stoic in its refusal to accept his economic measures, especially the controversial IMF loan taken out in June. Today July 9. marks Argentina’s Independence Day, but has been marred by national protests and the military refusing to carry out their traditional parade in protest of insufficient efforts to raise their salaries.

Mauricio Macri first took office in 2015, and unless he manages to make a difference fast, he may struggle to be re-elected in the 2019 presidential elections.