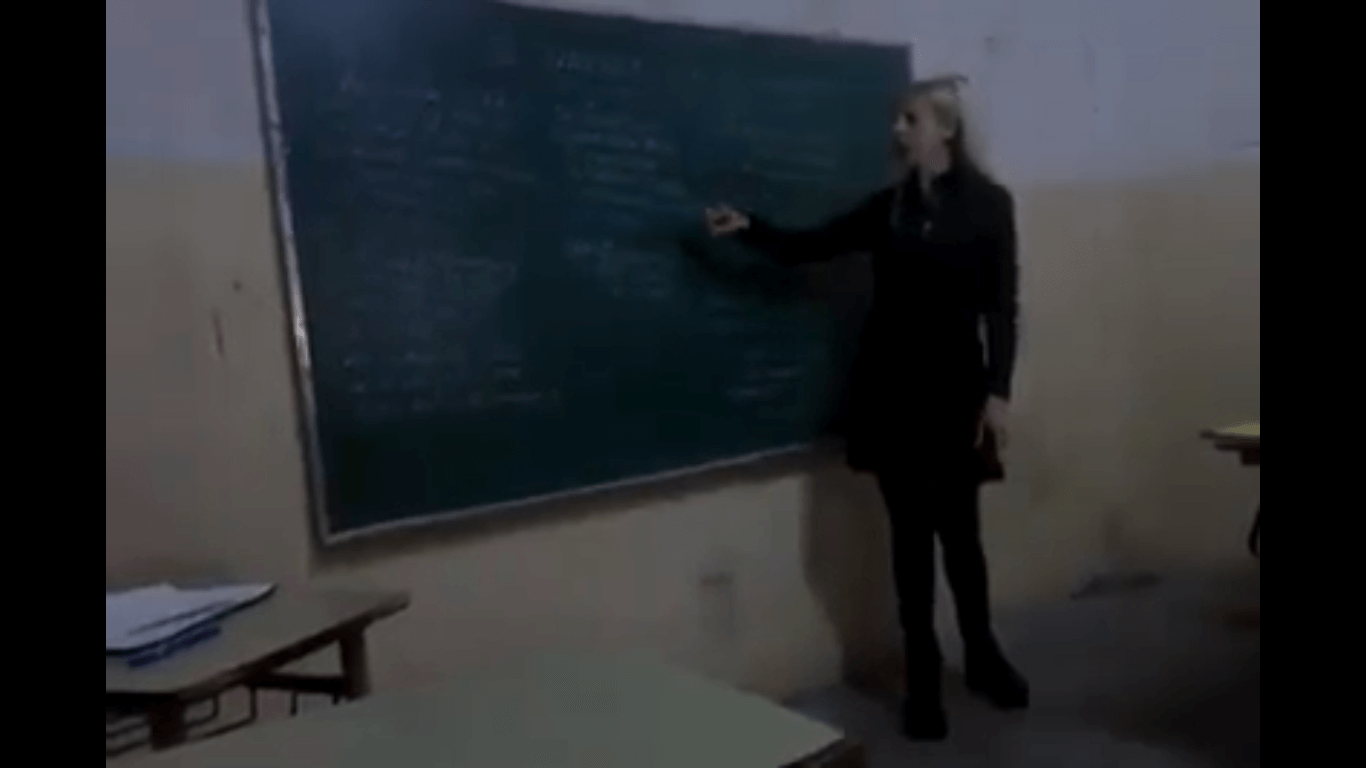 La Nacion reported that Denis Yanet Evequoz, a history and citizenship teacher in the schools Jesús Maestro and Santa Magdalena Sofía Barat, in Morón and Castela respectively, was filmed by a student giving a lesson on the Second World War. In the video, she explained that Hitler wasn’t as bad as he seemed, and that the Jewish people were “asking for it”.

“[The Jews] closed themselves off in their own parts of the city, they were there and nobody else,” she was seen saying in the video. “And another thing is that they were always dedicated to finances, and being moneylenders. And they took advantage of the fact that people needed money, and after they pursued people, to get their money back, always with interest. All this generated a certain hatred towards the Jews.”

La Nacion reported that she was also seen in pictures on Facebook under her pseudonym Ana Elisa Duprat holding a book with a swastika on it, or doing the nazi salute in a cemetery.

When these videos went viral, legal representative of the Jesús Maestro school, José Coronel told Clarin that her reaction was not as expected.

“We had a meeting and she recognised herself in the video,” he said. “She seemed anguished and worried, but unrepentant.”

Maestro said that the teacher said she based her lessons on history. “She thought of it like that and defended it,” he described. “Something that not I or anyone in the school agreed with, for which reason we decided to let her go.”

Evequoz has shut herself away from the media, but Clarin managed to get in contact with her and offered the the chance to give her take on the story. She replied that it was obvious she wanted to her right to answer, but refused to say more before she’d spoken to her lawyer.

Clarin states that the Institute against Discrimination will investigate her and the video she appeared in, as her actions violate the law 23.592 on discriminatory acts, which could result in a sentence from one month to three years.