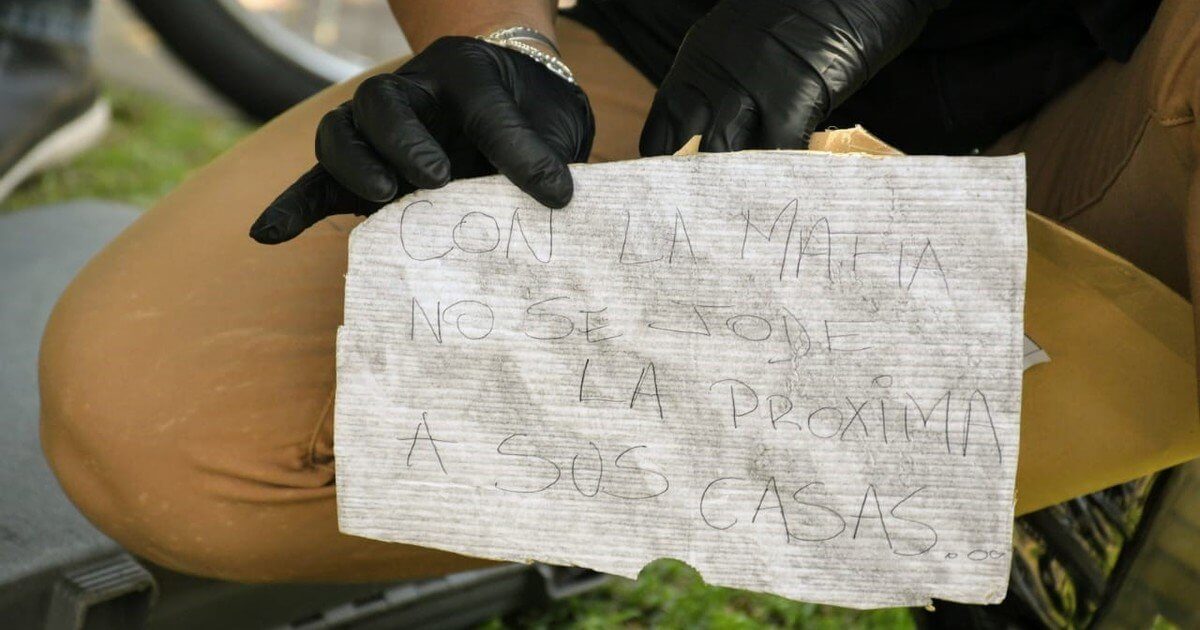 Rosario City Council came under attack early Wednesday morning, and the building received 12 gunshots and a threatening message; “Don’t mess with the mafia, next time we’re coming to your houses.”

After a press conference given in response to the attack, Lawyer Matias Edery gave more details. He stated that the first investigations appear to indicate that the gunshots occurred between 1.30 and 2.00 a.m. on Wednesday, and it is possible they were using a silencer on the weapon as there are no witnesses who heard them.

“We have 12 shots and an intimidating letter,” he said. “At the start, nobody had been warned that there were shots, so people were talking about a fight, something that was ruled out because of the number of shots. They are quite imperceptible shots, but they weren’t seen. It was the ballistics officers who found them when they checked the building.”

He added that this event was “similar to the other attacks,” and the police investigation unit will be looking for similarities between these attacks as well as two more which occurred on Monday December 10, during which shots were fired and a threatening notes left outside the old palace of the provincial courts and the new centre of criminal justice. Clarin reported that nobody has been detained  for these attacks despite eight house searches.

“We’re going to let the authorities do their job because it is not our responsibility to make speculations,” said the president of the council Alejandro Roselló at a press conference. “Let them find those responsible. What’s happening in Rosario is really serious.

In 2016, the government sent federal troops to Santa Fe, the province where Rosario is situated. This was in response to a citizen movement known as “Rosario Sangra” (Rosario Bleeds) carried out a march protesting the growing insecurity in the area. As a result of  these recent attacks, Minister of Security Patricia Bullrich has announced that the federal forces will stay in Santa Fe for 2019 as well.

Threatening doesn’t work when there is the conviction to combat narco criminals. I offered all our support to Lawyer Matias Edery, and to Council workers Alejandro Rosello and Roy Lopez Molina. We will search for those responsible for the attack on the Rosario City Council.

“We feel vulnerable but we trust in the investigation of the authorities,” added Roselló. “We’ve reached a limit and this is one of the gravest situations we have have in our history.”