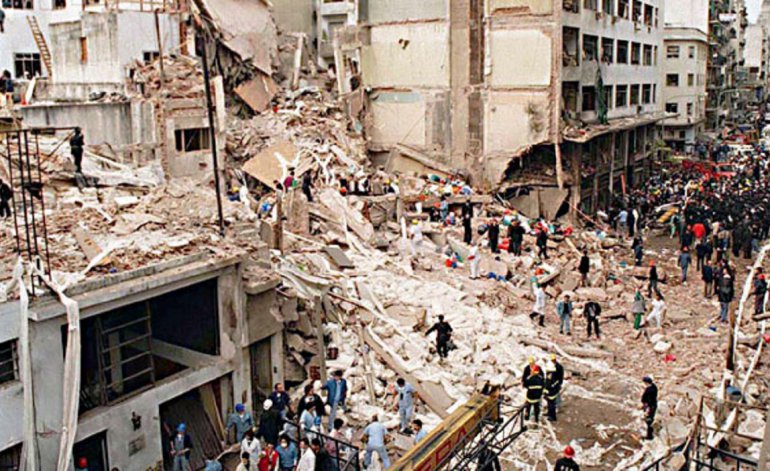 Argentina have asked Russian authorities to arrest Ali Akbar Velayati, the former foreign minister of Iran in connection with the 1994 bombing of the Mutual Israeli-Argentine Association (AMIA) Jewish centre in Buenos Aires.

Velayati, now a senior adviser, is in Russia to support and advise the country’s Prime Minister Vladimir Putin, and was scheduled to meet with him on Wednesday July 11, reports The Times of Israel. He forms part of a group of officials that Iran have sent to various countries in response to the US’s withdrawal from the 2015 Nuclear Deal, a move described as “arrogant and illegal” by Iranian Foreign Ministry spokesman Bahram Ghasemi.

There has been an international arrest warrant against Velayati since 2006, and in 2016 Argentina again attempted to extradite the Iranian from Singapore and Malaysia, but their attempts proved unsuccessful.

The 1994 attack against the AMIA left 85 people dead, 300 people wounded and the building itself was reduced to rubble, destroying 100 years of archives. This attack happened just two years after another attack against the Argentine Jewish population when a bomb killing 29 people and wounding hundreds was triggered at the Israeli Embassy in Buenos Aires. This 1992 bombing was claimed by the Israeli Jihad Association, which forms part of Shi’a Islamist political party and militant group Hizbollah and receives funding and weapons from Iran.

The New York Times reported in 1994 that the same type of explosive was used for both blasts, indicating that Iran was also behind the AMIA bombing, the deadliest in Argentine history. The Telegraph also points out that the two tragedies also corresponded with Argentina’s 1992 first decision to end their nuclear cooperation with Iran, and the definitive end of the cooperation in 1994.

However, Velayati and Iran have denied any involvement with the bombings, and Velayati affirmed that the accusations against him were a lie in a 2015 interview on Argentine television C5N.

Judge Rodolfo Canicoba Corral made a petition for Velayati’s arrest which was then requested by the Argentine Foreign Minister on Thursday. Middle East Eye reported that Canicoba said in a statement that Velayati was responsible for “committing the crime of homicide, classified as doubly aggravated for having been committed with racial or religious hatred and a suitable method to cause widespread danger.”

The bombings against the Jewish community, which is the largest in Latin America and the sixth-largest in the world, was, and still is, a politically explosive topic in Argentina.

In 2015, ex-president Cristina Kirchner and ex-Minister of Foreign Affairs Héctor Timerman were accused by Lawyer Alberto Nisman for “negotiating a plan of impunity and covering the iranian fugitives accused of the demolition of the Jewish mutual society,” according to judicial sources reported in La Nacion.

This accusation was based on wiretaps of conversations between the two countries in 2013 during the negotiation of favourable deals in oils and other goods, which would also ensure that Iranian officials involved in the attack would escape prosecution.

Nisman was found dead in his apartment with a bullet-wound to the temple four days after accusing the ex-president and the day before he was to explain his evidence in a congressional hearing. His death was originally declared a suicide, reported Al Jazeera, but provoked a national outcry as his wife maintained that he had been assassinated, and the family commissioned its own private investigation into the cause of his death. Despite a wave of conspiracy theories, there has still been no definitive evidence explaining the cause of his death.

In May of this year, The Times of Israel announced that Kirchner and 11 other officials were to go on trial for helping Iranians hide their role in the 1994 bombing. In December 2017 Judge Bonadio requested to remove Kirchner’s immunity from prosecution, which she received when she was sworn in as a senator, but it is yet to be approved. As a senator she is immune from prosecution but can still be tried. Kirchner denies any involvement.

Today Friday 13 an inquiry against Timerman was scheduled to be carried out via videoconference due to his poor health. However, Clarin reported that it had to be cancelled as there were no microphones at the ex-chancellor’s house and his comments were inaudible. His delicate state of health also means that he cannot speak for a long time, and the efforts to improve the call quality were put on hold. Kirchner will also be called upon as part of the inquiry, as well as eleven other officials.

The echoes of the attacks against Argentina’s community can still be heard now, a quarter of a century later. Political corruption is not a new topic in Argentina’s history, but there is hope that these inquiries will shed some light on the accusations made by Nisman in 2015 before his death.