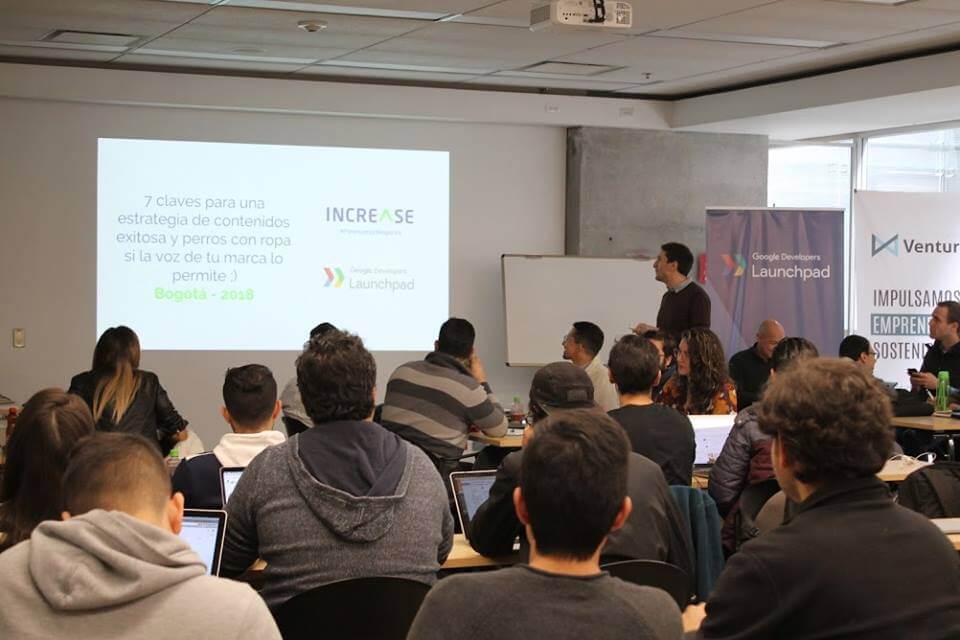 Buenos Aires is widely purported to be one of the key hubs of startup activity in Latin America, and many of them are beginning to break out of Argentina, gaining traction – and international recognition – worldwide.

Argentine fintech startup Increase uses Software as a Service to make finances simple and clear for businesses. Increasecard, their first product, was launched in 2014 and the startup now has a plethora of big-name clients such as Latam Air, Nike and Prune. The design is effective for the needs of both large and small businesses, making it an affordable and accessible option for all companies looking for a simpler way to manage their income and outgoings. With over 10,00 clients and counting, over the last couple of years the company has received numerous recognitions for their achievements and work ethic.

Forbes chose Increase as one of the companies in their 30 Promesas in 2017, and since then the company has taken off. Co-founder Sebastián Cadenas spoke to Forbes explaining why he thought Increase had been successful.

“The key for a successful start is to detect the need that an interesting market has, and a way to fulfill that need,” he told the magazine. “This applies for any industry.”

The company has since gone on to win the Game Changer Award at the Google Demo day on Mar. 28 of this year, receiving a $250,000 prize. The annual event invited 11 startups to participate from all over the Americas, but Increase was one of just two companies that attended the event from Latin America.

Two weeks ago, Increase was recognised as a ‘B Corp Best for the World’ by the US NGO B-lab, which is awarded to companies that improve their social and environmental impact on the world. There are currently over 2,500 companies that have been recognised by B Lab, and the criteria vary from a company’s environmental footprint to the general work environment. Increase have a paternity leave policy of 15 days followed by the ability to work remotely for a month which contributed to their recognition, as well as the general health and safety and code of conduct guidelines for the company as a whole.

“Best for the world is not a prize given to perfect companies nor does it include a ranking,” Juan Pablo Larenas, co-founder of B-system International told Pulso Social. “Instead it hopes to be a clear incentive for people to continue improving the impact created by their businesses, and to construct a new, more transparent and human economy.”

Corporate Social Responsibility (CSR) has been a prevalent issue since before the terms ‘global warming’ and ‘climate change’ became household terms. Improving environmental CSR not only lowers the carbon footprint of a company, it often reduces costs and as the issue comes more to the forefront globally, a greener company is likely to be more attractive to potential clients.

A study carried out by Henley Business School in 2016 showed that when a company from the UK made their carbon emission data public, their financial performance increased. The study maintained that “a significant positive relation exists between corporate carbon disclosure and corporate financial performance,” and by publishing their emission data, the company was more likely to benefit from higher share prices.

Millennials have now overtaken baby boomers as the largest presence in the workforce today, and Deloitte’s Millennial Survey also suggests that a company that has a positive social and environmental effect could have positive consequences for a company.

“[For millennials] loyalty must be earned, and the vast majority of millennials are prepared to move, and move quickly, for a better workplace experience,” the study reads. “Young workers are eager for business leaders to be proactive about making a positive impact in society—and to be responsive to employees’ needs. Millennials want leaders to more aggressively commit to making a tangible impact on the world.”

Although fintech startup Increase does not seem to be a social and environmental pioneer outwardly, its company practices are obviously having a positive impact both on the world and its employees. With the myriad of steps a company can take in order to reduce its negative environmental impact together with the benefits this entails, more businesses are expected to be inspired by the Best for the World award and strive to achieve a cleaner, kinder company.