2018 breaks record for most national parks created in Argentina 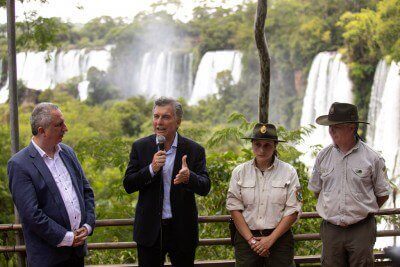 On Tuesday, December 12, Argentina’s Senate approved the creation of two new national parks, adding to the four other national parks created this year and setting a new record for Argentina.

The two newest national parks are protected marine areas, named Yaganes and Banco Burdwood II, and according to the government website, they cover over 100,000 kilometres squared of the marine ecosystem. This, added to Banco Burdwood, the only other marine protected area created in 2013, means that 9.5% of the ocean areas under Argentine jurisdiction is protected. This is extremely close to the objective set by the Convention of Marine Biodiversity, which wants to see 10% protected by 2020.

This recent creation also fulfills President Mauricio Macri’s plan to double the protected areas in Argentina, an objective he voiced in 2017.

“This is a great achievement for our country,” Martina Sasso, the Coordinator for the CLT Marine Programme in Argentina, told Infobae. “Thirty-six percent of Argentine territory is sea and only 2.6% had been protected until now. Thanks to this new law, we are reaching the objectives established by the government, but they were supported by all the political spectrum who voted for this law.”

The national park status placed on these new marine areas will use various strategies to make the environment more sustainable, reported Infobae. First, they hope that the reproductive fish will increase in size and that the number of larvae will also improve. Fishing areas will also be moved outside the protected area, as well as redistributing and reducing the intensity of fishing on the coasts of the protected areas. They also hope to improve the efficiency and performance of fisheries in the region.